This mother's day I decided to share my artistic talents (LOL) and make a card, rather than buy one. As I put the card together, I realized I would need some glue. There used to be a glue stick in a drawer of my desk organizer so I went to retrieve it. To my surprise, the drawer was so full I had a hard time getting it open. 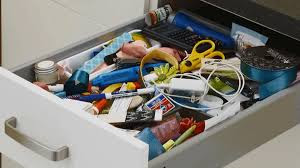 This is what I found from forty years of collecting clutter in one small drawer of what we call an "organizer:" pencils, pens, business cards (some are mine from the 90's and dozens are from other people), piles of membership cards (three from one organization for 2020; two sent me before I joined), clamps, batteries, old Ford stamps, souvenir golden shoes in a pan (writing on the package in Hindi), random telephone numbers, cough drops, typewriter correction tape,  I-Slice (CD Opener),  Liquid Paper, matches, staple remover, thumb tacks, magnifying glass, random buckle, masking tape, pin back buttons ("Create a Department of Peace", "No Food Tax" and "Do Justice, Seek Peace, Build Community")), beaded key chain, broken beaded necklace, beaded pen holder, letter opener, gummed labels, ruler, highlighters, magic markers, Scripto leads, broken stapler, staples, instructions for the telephone, paper clips. There was no glue stick! 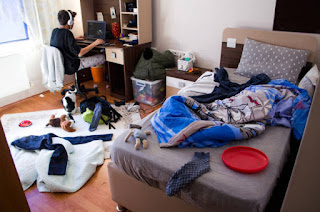 Looking at all that stuff reminded me of an experience with a young friend. We were at a camp together and occupied separate rooms a few doors away from each other. Going to his room, I was upset by the mess I encountered. Clothes were strewn all over the room, the bed was unmade; it looked like a tornado had been there. I said to him, "You know, a cluttered room is a sign of a cluttered mind." I'm sure if he were to see my office today, and the drawers of my organizer, he would remind me of my remark.

I've been reading Land of the Burnt Thigh by Edith Eudora Kohl. It tells the story of two young women homesteaders settling on the South Dakota prairie between Pierre and Presho. It's helping me remember some of the challenges and difficulties the settlers faced, simply to put down roots; to satisfy the basics of food, water and shelter. At the same time, one wonders if it would have been easier if these early homesteaders had approached the challenge with a different attitude and mind set, similar to that of the original inhabitants. Why one can't learn to exist in harmony with the natural world, instead of insisting on dominating it, is a question we European immigrants still need to answer, should we wish to survive the present and future environmental crisis. 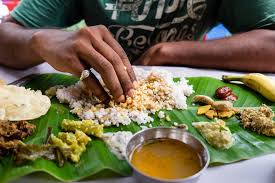 Native Americans give us clues about how to live in harmony with the natural world, without a lot of "stuff.". But they are not alone. I marveled at my friends in India, when I first watched them brush their teeth in the morning with twigs. None of them had toothbrushes that came packaged in throw away plastic. Little did I know then the twigs had an element that acted like aspirin, so they cleaned their teeth as well as got an added medication. Or how refreshing it was to eat off of a banana leaf, with one's hand. No dishes or silverware to buy or wash. Just put the used leaf where the cow or the goat will find it.

One of the characteristics of those early days in South Dakota, retained to a large extent in many of our rural communities, was the idea of mutual aid. If you needed to move to a new tar paper shack, someone with a wagon would come and help. If you were caught in a snowstorm, the nearest home would welcome you and provide hospitality. If there was only one piano for miles around, it could be transported to where it was needed. It was a concept, "sharing," that increasingly got lost in a materialistic, consumer society, Back then, not everyone needed everything. 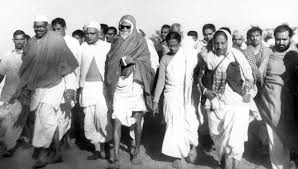 There was a person by the name of Vinoba Bhave who started a movement in India after the death of Gandhi. It was called the Bhoodan or "land gift" movement. It was a voluntary effort where those who had land were asked to contribute one tenth of the land they owned for the landless people in the country. If you had one hundred acres, you were asked to contribute ten. If you had ten, you were asked for one. Over the course of twenty years, four million acres were collected by Vinoba and his followers and distributed to the landless.

I was present when two of those followers, Krishnamal and Jaganathan, convinced an exceedingly rich landowner to sell several acres of his property to the area landless at a price they could afford. The landowner had pictures of his grown children on the mantle in his palatial home, standing by their Mercedes and Rolls Royce vehicles in Europe. The palace area was surrounded by a high stone wall with glass embedded at the top. 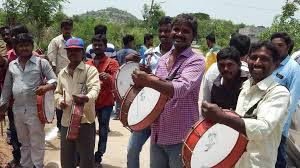 The owner had left some of his far-away land fallow the year before. The homeless had planted it and just as they were to harvest it the owner had it plowed under. Sometimes goons were sent to harass and beat the landless. Krishnamal and Jaganathan approached this wealthy man on the poverty or wealth of his soul. When the agreement was concluded, we celebrated with the landless that evening, with singing and dancing and shared joy.

What is useful in my organizer drawer I'm going to share. What is clutter, I'm going to recycle or remove. What I'll try to remember better is the phrase, "Live Simply that Others Might Simply Live." It seems an especially appropriate mantra for our time.