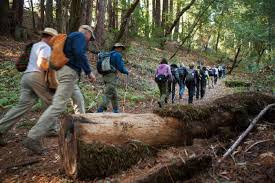 Years ago, working at a camp in the White Mountains of New Hampshire, I learned an important lesson. One of my responsibilities was training counselors before the campers arrived. A goal of the camp was to teach cooperation and group decision making. To do this we would take the trainees on an overnight into the mountains. Hiking, we emphasized awareness of the surroundings. Climbing, we emphasized not leaving anyone behind. As a trainer, I was responsible for making sure we all learned where we were on a trail and how to set a climbing pace that was rigorous but possible for all.

On my first training run, we came to an unexpected split in the trail. As several of us looked at the map, we came to different conclusions about the right way to go. As the leader, certain of my reading  and not wanting us to get lost on my watch, I decided to exert my authority and go against the decision of the others. We ended up lost in the mountains in the growing dark, adding three hours to the experience. I learned the value of cooperation and consensus decision making. They learned it through a negative experience.

We always have a choice for cooperation and consensus decision making. It can make for a better hike, a better camp, a better organization, a better product, a better country. Cooperation could make America great again. Instead of nationalizing rugged individualism and competing with every country on the planet, we could regain leadership in the free world by freeing ourselves from our delusion of superiority and greatness and cooperating for the betterment of all. Let me cite a few examples. 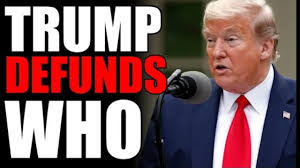 1. Germany and France have just joined together with WHO (World Health Organization) to develop a vaccine for the coronavirus. Joining together in an $8 billion research and testing program, they are promising that any vaccine should be available to all, without showing favor to the country that develops it first. At the same time, leaders in other countries, like the U.K., are suggesting they should be at the front of the line. And in the U.S., President Trump has suggested defunding the WHO, which some have characterized as taking away the fire trucks in the midst of the blaze.

2. The Secretary General of the U.N. has called for a global ceasefire. Recognizing that the war against the COVID 19 pandemic is taking, and will continue to take, enormous resources of every country on earth to save lives and economies, it's an opportune time to cooperate in ceasing the other wars around the globe. It could be a game changer for the human community. Imagine, instead of encouraging the U.S. Navy to fire on Iranian boats, giving oil a helpful bump on the Stock Market, we lifted the sanctions on Iran so medical supplies and equipment could flow to the Iranian people. Or what if we dropped test kits and protective equipment on Somalia instead of bombs? 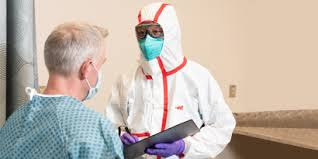 What if we cooperated with that U.N. ceasefire and called our ships back from Venezuela, our troops from Afghanistan and Iraq, and put the savings into ventilators and PPE's instead of the F15? What if we put the resources we spend on missile building (classified as an essential industry) into paying farmers for food being wasted as    restaurants are closed and putting that food in our feeding programs?

3. Instead of 2 slices of bacon with my eggs this morning, I only got 1 1/2 pieces. I didn't ask if this was because of the Smithfield plant closing in Sioux Falls. We now know the Sioux Falls plant produced four to five percent of pork products. The normally invisible workers there are an important part of the food supply chain. Without them, we don't get our bacon and the hog farmers don't get their market. Now we know many of them are recent immigrants; as are workers at other processing plants; as are workers in the California vegetable fields and the Washington state orchards; as were the roofers who put new shingles on our house. So now the President threatens to cut off all immigration for the next sixty days, as if the symbol of the wall weren't enough. Will this global crisis enable us to put our best minds and hearts together, to cooperate and create a policy of cross border transit that makes sense for everyone?

4. In 1997 a treaty was signed to ban land mines. At present there are 164 countries that are cooperating and those that have not yet signed are generally not producers or users. Land mines are indiscriminate, usually killing or injuring civilians. The treaty has been a model for international cooperation. The U.S. has just announced, during the pandemic, that we will not be following the treaty. Add it to withdrawal from the Iran Nuclear Deal, the fracturing of NATO, and go it alone trade deals. We continue to go our own way, making singular decisions about what path we should take without consultation, certainly not consensus decision making. 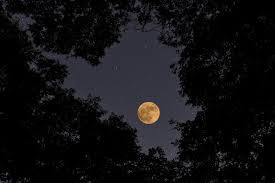 5. Then there's "moon mining". Arrogance has no limit. I guess it's an American moon, as our President has given an executive order that it can be mined. I guess it's the next frontier, or without international consultation and action, the next war zone.

Unlike anything else in our history, the pandemic and the increasing problems of climate change should convince us of the need for planetary consultation and action. We can't afford leaders who take us down the paths of "I know best." We'll end up lost in the dark. Our current isolation and social distancing reminds us how much we need and want each other . We have an amazing opportunity for new cooperative ventures and inclusion of all in the decisions for the future. Let's do it! We're all in this together.