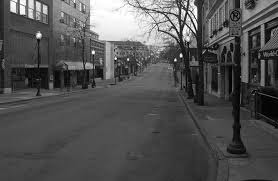 It was inevitable, I suppose, that the controversy over when to re-open the economy that is unfolding across the country would surface here in our small community as well.  We are a bit of a microcosm sitting in the often choppy Atlantic waters off the mainland coast.    Businesses here are shuttered and suffering.  The usual spring sounds of pneumatic nail guns and power saws, the smells of paint and lacquer, the traffic of pick-up trucks that all signal the onset of the pre-season spruce-up are missing.  The re-opening of shops on Main Street and Circuit Ave. is not happening.  As in so many cities around the world the streets look like a scene from “On The Beach”, a long ago post-apocalypse movie that portrayed a planet devoid of human life, even though all the buildings remained intact. 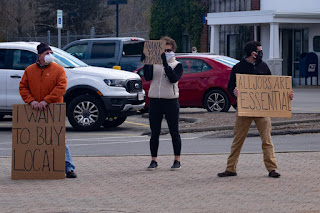 As patience wears thin and uncertainty about whether there will be a summer “season” looms, it is hard to know what the best wisdom is for moving ahead.  The exchanges in the local paper, pro and con, relative to the planning of an "open the economy" rally at a major intersection have been heated and often mean-spirited on both sides of the arguments. 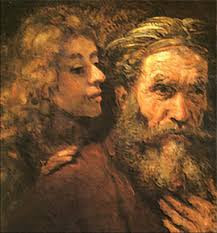 Curiously, as frequently happens, the text our little Torah study group is reading seems highly pertinent after nearly 3000 years.  The 13th chapter of Leviticus is full of conversation about how to deal with various skin afflictions, diagnosis, treatment, quarantine - - it’s all there.  Not pleasant reading, it requires a bit of discipline to revisit this book year after year.   And each year, we are reminded again by rabbinic commentators that the tradition holds that skin afflictions are a manifestation of “the evil tongue” - lashon hara.   A proof text appears in Numbers 12 in the story of Miriam speaking unkindly of Moses to her brother Aaron and subsequently developing a skin condition which results in her being quarantined  outside the camp for 7 days.  Her failure to address her brother, Moses, directly, rather than airing her complaints to another person about him is identified as lashon hara and the connection is  made between her words and her skin condition.

It is small wonder then that the rabbinic commentators had strong opinions about the issue of the use of the tongue in negative ways.  In his essay titled “Words That Heal” * Rabbi Jonathan Sacks writes: “The Rabbis said some severe things about lashon hara.  It is worse than the three cardinal sins -idolatry, adultery, and bloodshed -combined.  It kills three people: the one who speaks it, the one of whom it is spoken, and the one who receives it. 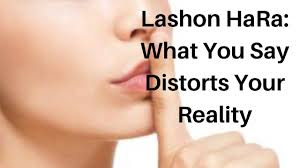 We are inundated with the “evil tongue.”  It seems to be the predominant way in which we communicate our fears, our dissatisfactions, our needs to be right, our need for power when we feel helpless.  It is most demonstrable and visible at the highest levels of government.  It is fascinating to observe how leaders at the state level, governors in particular, struggle to soften, perhaps antidote, and compensate, for the conflict laden effects of  lashon hara that makes their jobs even more difficult as we try to find our way through the murky complexity of an envisioned return to “normal.”  It is no wonder that it has been said that  “do not bear false witness” is the commandment most frequently broken and most difficult to keep.

Rabbi Sacks passionately argues: “I believe we need the laws of lashon hara now more than almost ever before. Social media is awash with hate.  The language of politics is ad hominem and vile.  We seem to have forgotten that (the ancient texts) are here to remind us that: evil speech is a plague.  It destroys relationships, rides roughshod over peoples’ feelings, debases the public square, turns politics into a jousting match between competing egos and defiles all that is sacred about our common life. It need not be like this.” 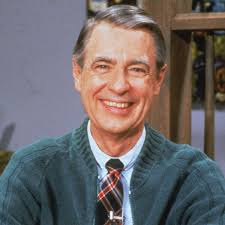 Sacks invites his readers to view  “A Beautiful Day in the Neighborhood”, the film that offers a glimpse into the life and influence of Fred Rogers, for a real life portrayal of how good speech can heal where evil speech harms.  Surely good viewing during a weekend (at least in southern New England) that promises to be gray and rainy.

May we enter each day with a commitment to offer words that heal in a world desperately in need of healing and wholeness.

*The full text of Rabbi Jonathan Sacks essay "Words that Heal" may be found at www.rabbisacks.org