Of Narrative and Law - From Vitebsk to Vermont Sitting by the fire in the old Vermont inn as the snow swirled outside, I drifted back in time to what might have been a similar scene in late eighteenth century Vitebsk, Belarus. I had come through the swirling snows to visit Rebbe Menachem Mendel of Vitebsk. My time machine was the Rebbe’s own book, P’ri Ha’aretz, Fruit of the Land. I wish I could say that I had taken the holy book with me as part of a greater awareness of what I might encounter. In truth, it is a slim volume that fits easily into my pack, thus a frequent companion when traveling. Like snow settling into intricate patterns upon the windowpanes, as though each flake has been carefully placed, meaning emerges of its own, and I soon knew with deeper insight why I had brought the book.

Finding our way on the journey, vision blocked by the snow at times, windblown across the path, transitions can be hard to follow and to navigate. The weekly Torah portion of our time in Vermont was Mishpatim (Ex. 21:1-24:18), in which there is one such transition, seeming to appear suddenly as a sharp turn at the base of a wooded hill. It is what I think of as a watershed portion. From the very beginning of Torah, from the first word, B’reishit/In the beginning of…, there has been a continuous flow of narrative, only three commandments, in fact, until just a few weeks and portions earlier. Most of that first large enumeration of commandments is primarily of a ritual nature, concerning the marking of Passover, helping to insure that we remember through the generations that we were slaves in Egypt. Suddenly, with the portion of Mishpatim, we encounter a portion that is almost entirely of law. As the word mishpatim is understood, most of these laws represent social ordinances, laws meant to mediate civil and interpersonal relations.

The transition can be difficult at first, slipping and sliding a bit as we make our way. It is helpful to remember that such portions of law are also part of the narrative, also part of the journey. Since leaving Egypt, all of Torah unfolds along the way of the desert journey, and so it continues to guide along the way of our journeys as the Torah of Life/Torat Chayyim. Pausing on the trail to catch our breath, we wonder about the relationship between the narrative that has come before and this portion of law. In the way of Torah, there is no introduction or acknowledgement of a shift in tone or approach, its own teaching on the seamlessness of life, all facets as part of one whole. There is a small hint of continuity about which much teaching emerges. On the first word of the portion there is a prefix of one small letter, the conjunctive letter vav/and; v’eleh mishpatim/and these are the social ordinances that you shall set before them. The letter vav/and appears superfluous, unnecessary, and in that appearance is its mystery and teaching, beckoning, asking us to look more carefully. Teachers through time suggest that the vav is to make clear that all that has come before and all that is about to be told are all part of the legacy of Sinai, all given as part of one whole. Drawing on rabbinic teaching to the book of Sh’mot/Exodus, the great commentator Rashi notes very simply, the vav adds to what came before/mosif al ha’rishonim, thus indicating continuity. 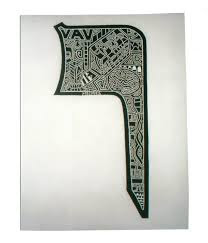 Of that continuity that stretches all the way back, joining us to the very beginning, Rabbi Menachem Mendel then spoke up, offering his thoughts as I sat by the hearth, warmed by two fires. Looking back to creation, with which the human narrative begins, setting the universal backdrop from which the particular Jewish narrative emerges, the Rebbe of Vitebsk teaches that from the first moment of the world’s becoming there begins a flow of chesed/lovingkindness into the world, and so it flows through time. He teaches that God created the world as an act of chesed, drawing on the oft-sung words of Psalm 29, olam chesed yibaneh/the world is founded on lovingkindness. As the narrative unfolds and social constructs become more complex, there comes to be greater need to mediate human relations in all realms of human interaction, whether economic, political, juridical, or familial and interpersonal. Rebbe Menachem Mendel worries about the danger of chesed overflowing its banks, of even lovingkindness becoming dangerous without any way of containment and focus. Torah becomes that container. He suggests that something, however good in its essence, that is entirely unbounded becomes unrecognizable and returns the world to primordial confusion. 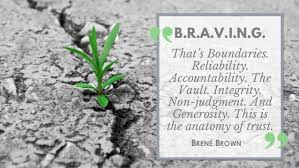 As I listened, the Rebbe taught further of the role of Torah: it is the bounded container and the vessel that holds the way of blessing and reveals kindness in the world, for if there is no boundary, there is no world/she’im eyn g’vul eyn olam…. Of so much pain caused in the absence of boundaries, and in the failure to honor the emotional and physical space that is each person’s world, the world itself is threatened with return to the chaos of before there was a world, from before there was a human narrative and its laws of justice      and compassion.

As we navigate the transition that comes with the portion of Mishpatim, finding our way from narrative into law, so the Rebbe anticipates our concern, that kindness and compassion may become lost in a thicket of laws. The goal then becomes to join and unite the attribute of compassion to the attribute of justice/m’chaber u’mishtatef midat ha’rachamim l’midat ha’din…. We realize that we have not left the narrative after all. Rather, we have been given signposts along the way, laws and teachings meant to guide us in our going forward together in the ever-unfolding narrative that is ours to shape. Of law that is meant to mediate human relations and yet to be infused with something deeper than itself, Rebbe Menachem Mendel teaches, and to every commandment that is in the Torah is a root that is beyond its particular detail/u’l’chol mitzvah she’ba’torah shoresh l’ma’aleh b’f’ratit. As law helps to shape the narrative of human relations, so it needs to reflect the higher ideals of which the narrative tells and toward which it strives.

Flames dancing upon the hearth, I looked out at the snowflakes swirling, the beauty of creation singing to me of God’s kindness. Feeling content as one small part of a greater narrative, I sat back and closed my eyes, closing the holy book and kissing its cover, savoring the teaching that had come through time from Vitebsk to Vermont.