"Whatever you did not do for the least of these..." 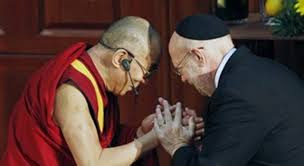 I was reminded of Martin Buber the other evening as I was reading The Jew in the Lotus: A Poet's Discovery of Jewish Identity in Buddhist India. The book is about a delegation of Jewish Rabbis who make their way to Dharamshala, India to meet with the exiled leader of Tibetan Buddhism, the Dalai Lama. In both the Jewish and Buddhist delegations there are those who have serious reservations about meeting with these "others". Their understanding of their tradition and their past experience has taught them to be suspicious and cautious about relationships with those of other faiths.
Eventually, because of the generous nature and hospitality of their host and the hard work of their Jewish organizer, genuine dialogue and mutual sharing begins to happen. They discover their shared stories, especially the common experience of their people in exile and suffering. They see the similarity of China's destruction of Buddhist monasteries in Tibet and Jewish synagogues in Germany, or even the destruction of the Jerusalem temple by the Romans so many years earlier. They begin to discard the "I-It" stereotype that divided them at the beginning and start developing the "I-Thou" relationships of a Martin Buber. 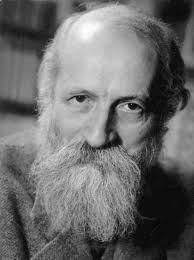 Buber was nominated for the Nobel Peace Prize seven times. I nominate him for one of the important writers I read in Seminary. Along with the likes of Reuel Howe, Eric Fromm, Paul Tournier, Paul Tillich and Victor Frankl, he helped me see my relationship to the other as a "thou," rather than as an "it."

And Phil Slater, especially in The Pursuit of Loneliness, helped me understand what it looked like when a society focused on the other as "it," subservient to privilege and power. Written in 1970, the following polarities describe the old and new cultures for Slater. "The old culture, when forced to choose, tends to give preference to property rights over personal rights, technological requirements over human needs, competition over cooperation, violence over sexuality, concentration over distribution, the producer over the consumer, means over ends, secrecy over openness, social forms over personal expression, striving over gratification, Oedipal love over communal love, and so on."
One might say MAGA (Make American Great Again) is doing a good job of resurrecting many of Slater's old cultural values, and in the meantime making us all lonely in our cocoon of "it," safe and secure from those "others."

My most significant experiences of being treated like a "thou" have been in other lands, among the poorest of the poor. Once in India, I was an honored guest in a hut where I was served the evening's ration of family food, as my hosts watched with obvious pleasure. That evening the whole community celebrated our presence under the one light bulb in the center of the village square, with speeches and songs and prayers.     On another occasion in Nicaragua, I was given my own bed in one room, as the rest of the family of five shared the other bed and room in their two room home. My beans had the last of the meat, scraped from the one remaining bone. I was a "thou" with this family, even though my government was responsible for making them refugees in their own country. 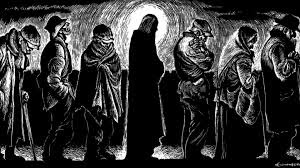 There's a new film out about Dorothy Day and the Catholic Worker movement, a movement dedicated to making "thou's" out of those normally treated as "it's." Dorothy was someone who took the passage in the Gospel of Matthew seriously: "Truly I tell you, whatever you did for one of the least of these brothers and sisters of mine, you did for me." The logo for the CW newspaper still includes the human line outside the soup kitchen, waiting to be fed, and the obvious aura above one person's head. In other words, when you serve others they should be treated as you would treat Christ, as a "thou," for that they are. 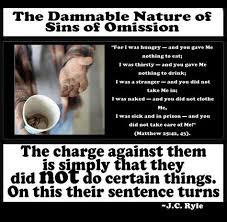 Like reading the Beatitudes without the woes in the Gospel of Luke, Christians too often ignore the following verses in Matthew. “Then he will say to those on his left, ‘Depart from me, you who are cursed, into the eternal fire prepared for the devil and his angels. For I was hungry and you gave me nothing to eat, I was thirsty and you gave me nothing to drink, I was a stranger and you did not invite me in, I needed clothes and you did not clothe me, I was sick and in prison and you did not look after me.’ They also will answer, ‘Lord, when did we see you hungry or thirsty or a stranger or needing clothes or sick or in prison, and did not help you?’ He will reply, ‘Truly I tell you, whatever you did not do for one of the least of these, you did not do for me.’"

I-It is about using. I-Thou is about Being. If we have the courage and the wisdom to practice hospitality for the "other," we may be surprised by our common stories and shared situations. We may even experience the God of love in our midst.