Traveling Together Toward Wholeness 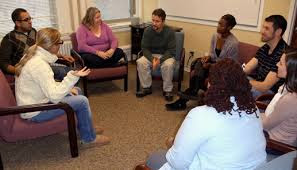 I participated in a meeting recently in Dorchester, a neighborhood of Boston where many of my relatives lived and that I would often visit as a child, not far from where I live now in the Jamaica Plain neighborhood. The gathering was part of an ongoing effort to connect older and younger activists. Regardless of age, a greater bridging happened around the table, all of us coming to be joined across differences of race, neighborhood, faith, economics and all else that serves so often to divide. We talked about the very divides that at least for the moment seemed to be bridged among us. Reflecting on the neighborhoods of Boston and the surrounding communities, voice was given to the “avoidance of contact” that fosters implicit racism. Before long, as painful stories were shared by African American partners, what is often referred to as implicit racism seemed pretty explicit, the very terms of reference we use serving to paper over the deeper brutality of racism. 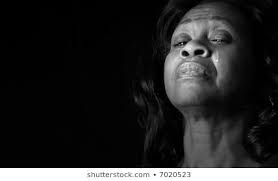 Fostering ongoing, day-to-day, meaningful contact among diverse communities remains one of the great challenges in the quest for racial and economic justice and equity. Laws mandating equality do not in themselves insure equity, and surely not contact with each other. The invidious politics of avoidance and separation run deep. The tragic and shameful legacy of redlining and blockbusting in the once Jewish neighborhoods of Dorchester, Roxbury, and Mattapan insured the separation of Blacks and Jews. At a conference I attended last June, an elder African American woman who had lived in these neighborhoods since that time cried as she lamented all these years later the separation of our communities.

These are painful and personal realities for Jews. We have known so deeply what it is to be avoided, to be the other. We have known ghettos and we have known restrictions quietly practiced and kept in place to subtly insure that contact would be avoided. I remember as a child growing up in nearby Winthrop hearing the word “restricted” in regard to both Blacks and Jews. Sadly, at times, we have helped to facilitate such avoidance of others, as in the Jewish flight from the three neighborhoods. At times, our pejorative use of the word goyyim, a perfectly fine word meaning “nation” or “people,” has reflected a cathartic lashing out; and at times a reflection of racism imbibed and made our own from the ways of the society in which we sought to “make it.” At times our avoidance of others, however sad, has been understandable. Separation has been a way of keeping protective distance between our selves and those who would and did harm us. So too, as for many minorities, separation insured a way of maintaining our own distinctive ways and identity, offering a hedge against assimilation. 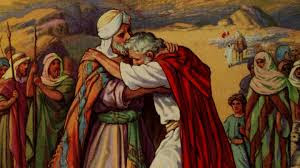 Prior to the meeting in Dorchester, at which these were all such real questions, I had already been thinking about “avoidance of contact,” of what it means and how and why it happens. It is a question that plays out with painful and poignant consequences in that week’s Torah portion that is called Vayishlach (Gen. 32:4-36:43). As Yaakov makes his way home to his family, he knows that he will need to encounter his brother Esav, that one way or another a reunion will happen. After twenty years away, having fled his brother’s anger and threat to kill him for stealing the elder brother’s birthright, he now approaches the fateful encounter. Wrestling through the night, whether with an angel, with God, with the spirit of Esav, with himself, he struggles with all that has been and all that shall be. Refusing to let go of his adversary, he is struck on the hip and wounded, limping now toward wholeness. He is told that Esav is approaching with four hundred men, clearly armed, the danger seeming clear. Yaakov prepares a plan, arranging his family into cohorts, each to approach Esav ahead of him, each bearing gifts meant to appease. As the plan unfolds, suddenly Yaakov runs as fast as his limp will allow, making his way past the cohorts into which he has divided his family, making his way to the front, there to face Esav alone, no longer avoiding contact. The two brothers fall into each other’s arms and weep, and Esav ran to meet him and embraced him, fell upon his neck and kissed him; and they wept (Gen. 33:4). 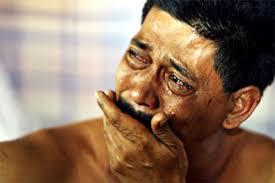 It is a powerful and beautiful moment, the past carried away on a stream of tears, the brothers bathed as though in a mikveh/ritual bath of hope. That poignant moment in the text of Torah is not allowed simply to be, and nor are the brothers allowed to remain in their embrace. The word for kissed/va’yishakehu is dotted in the Torah text, a small dot above each letter, even on the parchment of the holy scroll itself. Some interpret the dots to mean that Esav’s kiss was insincere, while others take it at face value, joining his kiss with his tears, weeping seen as more assuredly genuine and harder to effect. Rabbi Samson Raphael Hirsch writes from nineteenth century Germany, “Tears emanate from the inmost depths of the human soul. By this kiss and these tears we recognize that Esau is still a descendant of Abraham.” 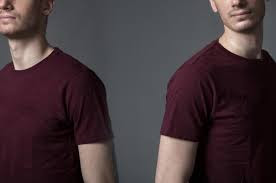 For all that should join the two brothers, when the time comes to move on from the moment of reunion, Yaakov declines Esav’s suggestion that they travel together. It is for me a deeply sad moment in Torah, one whose consequences continue to reverberate as we seek our way in a world torn with divisions. Yaakov says, Let my Lord, please, pass on before his servant, and I will continue to move at my own quiet pace, in accordance with the pace of the herds… and the pace of the children (Gen. 33:14). It is a beautiful thought and image to travel at the pace of the children, but it becomes clear as Esav suggests at least leaving some of his men for protection that Yaakov is seeking to avoid further contact with the other. In this case, the other is part of himself, his twin brother. Perhaps that is precisely the message that we are meant to learn here, that whenever we avoid the other, we are avoiding part of our self. 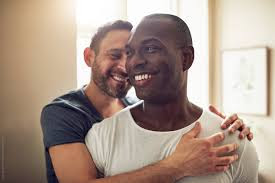 In a beautiful teaching from nineteenth century Poland, the Ha’emek Davar, Rabbi Naftali Tzvi Yehudah Berlin, appears to share my sadness with Yaakov’s response to his brother, offering a gentle challenge and reminder that we can yet take another approach. Addressing us, he writes, and so for the generations, in a time when the seed of Esav awakens in pure spirit to recognize the seed of Israel…, then we too awaken to recognize Esav, for he is our brother…. Across time and neighborhoods, no longer avoiding contact, may we recognize each other as the siblings we are, traveling together then toward wholeness.

Rabbi Victor H. Reinstein
Posted by Vicky at 8:16 AM