You don't have to Like Everyone, but you do have to Love Them 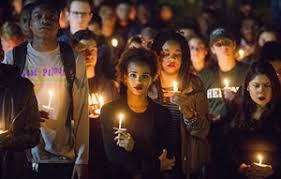 At the neighborhood Black Lives Matter Vigil for January, the fiftieth monthly vigil since we began standing together on the first Thursday of each month, there was not the customary speaker prior to taking our places along Centre Street. Instead, people were asked to bring favorite quotes of Rev. Martin Luther King Jr. to publicly share. I tucked into the big pocket in my old barn jacket one of my favorite books of Dr. King, a collection of sermons called “Strength to Love.” I had in mind one of his subtler teachings, one that is not carried on his soaring rhetoric, one that I often share, especially with children. It is a teaching not so much about the world, the nation, and society, but about the individual, about ourselves and about our way of interacting with others, particularly with people we might prefer not to engage with. In that way, of course, it does become about the world and about the cosmic interconnection of all life, about how our own individual behavior and ways of engaging with others sends out ripples into the world and becomes an influence either for good or ill. 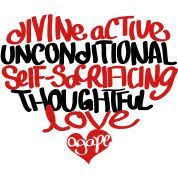 The essence of Rev. King’s teaching that I had in mind is very simple, and so complex and challenging. It seems almost as a riddle, which is how I present it to children, trying then to resolve what appears to be its paradox, “you don’t have like everyone, but you have to love them.” In a sermon titled, “Loving Your Enemies,” Rev. King gives greater expression and theological underpinning to the tension between liking and loving. Drawing from the Greek, Rev. King speaks of agape as, “understanding and creative, redemptive good will for all (‘men’) people. An overflowing love that seeks nothing in return, agape is the love of God operating in the human heart. At this level, we love (‘men’) people not because we like them, nor because their ways appeal to us, nor even because they possess some type of divine spark; we love every (‘man’) person because God loves (‘him’) them. At this level, we love the person who does an evil deed, although we hate the deed….” As Dr. King contrasts the difference between the romantic love of eros with the love that is agape, it may be similar in Hebrew to the difference between ahava as the love of hearts joined as one, and chesed as loving kindness that is an expression of one’s humanity and that of the other. 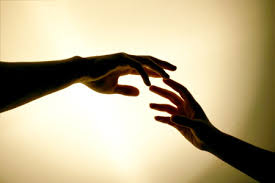 Reading Rev. King’s sermon, I thought about Jewish approaches to the same question, of how we respond even to those who would harm us in a way that acknowledges their humanity. It is the great challenge that is planted in the very beginning of Torah, in the sublime and seminal teaching that every person is created b’tzelem elokim/in the image of God (Gen. 1:27). Here, in this noble affirmation of humanity is also planted the painful problem of evil. What happens to the image of God when its bearer does not do it justice, even entirely abusing it through the abuse of other bearers of God’s image, failing to acknowledge either their own humanity or that of others? Yet, because God’s image is planted within every human being without exception, there remains something of the human essence to love. It is that love, I think, which is in part at the root of our horror in the face of vile and violent behavior. Our horror emerges in part in response to that grotesque twisting and violation of the godly image and of all that it means to be human. Our horror in the face of brutality is perhaps an expression of hope. God protect us if we become numb and fail to be horrified by brutality against anyone. And so too, we are horrified that one can so twist the image of God that has been planted within them.

As Dr. King draws on Christian sources to teach love of the enemy, so I look to Jewish sources. In the tension between love and like, as Dr. King draws it out, is a root teaching of nonviolence. Whether in regard to confrontations between collections of people or between individuals, the challenge is to recognize the inherent humanity of the other and to seek points of contact, offering a mirror in which the other might be able to see him or her self. In the Torah’s way of teaching, we often learn of human behavior and of what we can identify as the ways of nonviolence through stories and situations, challenged to ask what we would do. 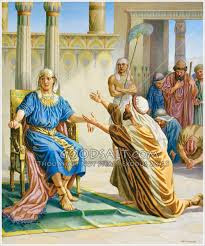 There is beautiful teaching to be drawn from the weekly Torah portion that framed the January vigil, the portion called Vayigash (Gen. 44:18-47:27). It is a teaching that offers insight into the ways of nonviolence, drawing out the essential dynamic of recognizing the image of God in the other and helping them to do the same. While it plays out through the portion, the essence of the teaching is at the very beginning, vayigash elav yehudah/and Yehudah approached him…. It is the moment when Yehudah steps forward to plead with the viceroy of Egypt on behalf of Binyamin, the youngest son of Ya’akov, the youngest of the brothers, who has been framed for the theft of the royal goblet, now to remain in Egypt as a slave to the viceroy. While the brothers do not yet realize, that the viceroy is their brother Yosef, whom they had sold into slavery long ago, Yosef, on the other hand, does realize that the brothers have surely changed, that their t’shuvah is complete. 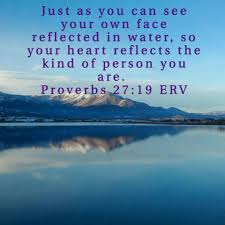 As Yehudah begins to plead for the sake of Binyamin, commentators ask what it means that he approached the Viceroy, given that he was already standing right there. In a beautiful commentary that begins with this question, the Or Ha’chaim, a seventeenth century teacher from Morocco, Rabbi Chaim ibn Atar, speaks of a deeper turning that is more than physical. Drawing from Proverbs (27:19), he teaches of a reciprocal approaching of hearts one to another: ka’mayim la’panim la’panim ken lev ha’adam la’adam/as in water, face answers to face; so the heart of one to another…. The Or Ha’chaim teaches that if Yehudah would awaken compassion in the Viceroy, he had to first awaken his own love and compassion for the Viceroy. Only then could he draw Yosef near to him and open Yosef’s heart to receive his words and his effort toward reconciliation. It is a powerful teaching about the dynamics of nonviolence, underscoring that it is not enough to utilize nonviolence only as a strategy. The power of nonviolence lies in heart to heart connection, in seeking to awaken recognition of a common humanity, recognition of the image of God that defines each as a human being. While we cannot like every person, in our love for the humanity of the other we affirm our own humanity and theirs. Having the courage to approach the other, as in water, face answers to face, so the possibility is opened toward rapprochement.