Give me your tired, your poor... 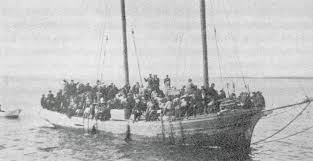 I'm remembering him as my first and quite personal experience of a refugee fleeing his own country in a time of war. Russia invaded Estonia in 1940 and the country became a pawn of the Soviet Union. Mr. Napp and his family fled. 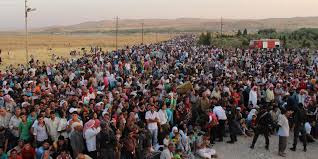 We live in a time when some 30 million people have fled their homes because of persecution and violence. They fear for their lives should they return. The United Nations Refugee Agency terms it the greatest refugee crisis on record.

At the same time, the United States, historically a welcoming country for those tired and poor streaming toward our shores, has turned it's back and closed the doors. In the early 1980's, we took in more than 200,000 refugees a year. In later years we averaged some 67,000 a year. The present administration capped the number at 30,000 refugees in 2019 and has cut that back to 18,000 for 2020. 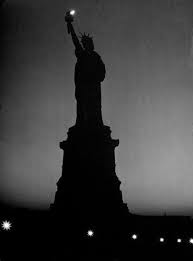 We have the infrastructure, perhaps the best on the planet, for incorporating refugees into our midst. Most of this is provided by private faith based agencies in partnership with the federal government. These include Church World Service, Episcopal Migration Ministries, World Relief, and Lutheran Immigration and Refugee Service. The latter is the agency at work in South Dakota to settle and support those residing in our area. In 2018, LSS in Sioux Falls settled 400 refugees. This year the numbers are down to 103. As this administration continues to close the door, the faith based infrastructure weakens and the light of the lady in the New York harbor goes dark. If the administration doesn't want refugees coming to this country, they should at least get out of the way of private faith based agencies who welcome them. How do we practice our faith of loving the neighbor and welcoming the stranger when we are blocked by the government from serving them? Perhaps the government should be sued for denying us our religious rights and our religious freedom to practice the gospel?

I first met Joe at a conference in Cambridge sponsored by the Einstein Institute. Founded by Gene Sharp, foremost scholar of alternatives to war in the U.S., the Institute brought together a diverse group of people, from Generals in the military to activists from Tiananmen Square. During one break, Joe and I found each other, perhaps because we were the only ones wearing jeans among the participants.

Joe was born in Germany. His father worked there for an American corporation. Fortunately for them as a Jewish family, that corporate relationship enabled them to leave the country on the last train before the Nazis began the final solution. They came to this country as refugees. Perhaps because of that history, Joe went on to teach Peace Studies at a leading University. He was also one of the most generous persons I've ever known. Contrary to the usual wisdom, those who have experienced violence are often the most knowledgeable and committed advocates for its alternative. And they demonstrate that alternative in their lives. 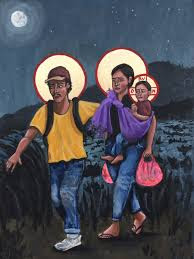 This is the season when many will hear the story of a family fleeing to another country, because of their fear for the life of their child. A King, informed of a threat to his power and position by a new born infant, goes on a rampage of killing the innocent children of the land. It's known in the Christian faith as the Massacre of the Innocents. Mary, Joseph and Jesus became refugees and fled to Egypt. Jesus is saved.

As the story suggests, even welcoming one refugee can make a difference. Even better would be if we took His life and teachings seriously, and lived in a way that massacres of the innocent ceased.