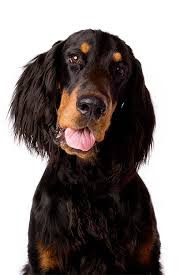 Near the end of August, just before our grandkids left for college, it became a reality that Flash, our beloved  “grand-dog” was rapidly failing and that the most loving and compassionate thing to do would be to “put him down.” We went with our son and daughter-in-law and our grandkids to witness and attend to the end of Flash’s life. I was awed by the amount of grief I experienced, both anticipating it  and then going through the actual process at the vet’s that morning - -the same place where my daughter-in-law and I had picked him out 13 years ago.  Back then he was a sad, unhealthy puppy from a litter that had apparently been “mis-bred” - - not a full Gordon Setter - maybe a mix of Gordon Setter and Irish Setter.  Scrawny, malnourished, wormy - neglected by the breeder due in part to her own mental illness.  But he was the one that appealed!  With love and attention and stability in the family, he grew into a goofy adult dog with the peculiar habit of eating poop and tissues whenever he had the opportunity.  When we arrived at the vet’s office our son lifted Flash out of the back of the station wagon. He was able to walk on his own on the leash.  The place was familiar to him so he was not stressed.  The vet explained that she would give him some anesthesia to relax him and settle him and then would give him the overdose that would ease him out of this life.
It was a sweet, gently awesome thing to be there and understand how quickly the spirit vacates the physical container -how gently it happens - how complete and final it is.  One second, the heaving, straining breathing signaled life still present - and the next -peaceful quiet absence -and yet Presence- as we sat there and said our good byes and cried our tears.  We mourned the passing of this goofy, loveable dog who had given us all so much love and enjoyment and laughter over the years of his life in our family. 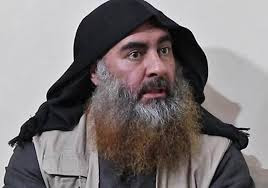 I was only partly tuned in to the story of Abu Bagr Al Baghdadi’s death when it was announced on the morning news.  As the day’s story unfolded, I was stunned to hear from the president’s mouth that Baghdadi “…died like a dog, like a coward…”  I felt disturbed and sad and not a little nettled by the lack of dignity of these words coming from his mouth, as though, even if an enemy, Al Baghdadi had no value as a human being.   Somewhere, someone, a mother or father, a wife or son or daughter is mourning  the of death of this man.  His life was, without a doubt, committed to a level of violence and terrorism and to the flagrant waste of human life that is beyond me to imagine, and yet he was a human being. 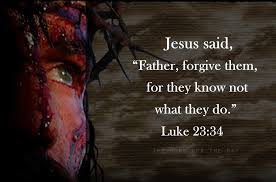 Several traditional teachings from Judaism and Christianity keep riffling through my mind.   Jesus, while being tortured  and crucified by Roman soldiers, the occupying terrorist power in Judea at the time, prayed as he was dying: “Father forgive them.  They don’t know what they are doing.”   A teaching that aspires to give us hope that compassion toward an enemy is possible under the most extreme circumstances and that the behavior of the enemy may be a manifestation of the grossest lack of conscious awareness of what he or she is doing.
Right at the beginning of Genesis, the ancient creation story affirms that humankind is created in the image of God.  Nowhere does it say only “good” humans are created in God’s image, nor does it exclude racist humans or terrorist humans, or female humans or disabled humans - - - it simply affirms that God created humankind - - ALL of us - - in God’s image.  To harm or kill another human being is to deface the image of God. 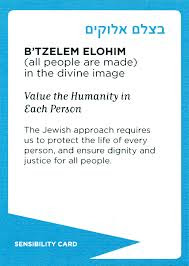 In the midst of the kind of polarization that seems to rule the day in this country at the moment, this represents a radical theology of humankind, I think.  How can it be that all human beings, without regard to status, race, gender orientation, without consideration for  a person’s orientation to compassion or to terrorism and cruelty - - how can it be that all human beings are created in the image of God?
Over the last few years, I have found myself returning again and again to a body of Hasidic wisdom called Tanya.  One of the most powerful concepts in the work of Rabbi Schneur Zalman is the concept of the beinoni - a term for the individual who straddles somewhere between  tzaddik (a saint) and  rasha (a wicked or evil person). An absolute tzaddik is one who has absolutely no inclination toward evil residing in him or her.  There is no longer any conflict between good and evil within a tzaddik.  A rasha, on the other hand, is one who is totally directed by the governance of the body drives and emotional whims and there is no awareness of any manifestation of Divine Soul.
Then there is the beinoni  who has not sinned in his or her behavior but who has not completely purged him or herself from evil either - but rather lives in a state of needing to be continually aware of the deliberate, conscious decision never to draw life energy from any source other than God. [1]  Perhaps this is similar to the teachings of mindfulness in the Buddhist tradition.
This is a gross over simplification of a very beautiful and complex spiritual psychology but it is helping me to build a frame of reference for venturing toward compassion and understanding of the density of such a one as Al Baghdadi from whom virtually no light could shine. 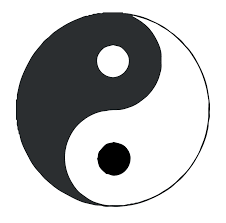 At some point the Tanya goes on to teach that a complete tzaddik (in whom there is no inclination toward evil) or a complete rasha  (in whom there is no inclination to good) are extremely rare.  More often there is almost total “goodness” with a touch of “evil” or almost total “evil” with a touch of “goodness” - - something like the Yin/Yang symbol where opposite halves are intertwined with a tiny spot of the one appearing in its opposite half and vice versa.
So, perhaps it is possible that somewhere in the recesses of the person called Al Baghdadi, a well hidden spark of light might have permitted him to love a child or an aging parent, while the rest of him found it easy enough to mindlessly obliterate human life, to generate hatred and terror on a much larger scale.   Even the tiniest spark of light, no matter how dim, marks him as a human being.  He died like a human being, running from pursuers, alone, afraid, terrified enough that he chose to end it all himself before being captured.   The rest of us lose our own human dignity when we speak of his death with glee and triumph.  His life and his death are part of a human tragedy.
Our beloved Flash died like a dog, a beloved member of a human family, attended to with care and compassion, with tears and mourning, with dignity and grace.  There is a huge difference.
[1] Tanya, the Masterpiece of Hasidic Wisdom, trans. By Rabbi Rami Shapiro, SkyLight Paths Publishing, Woodstock, Vermont, 2010. p.xi