A time for rapprochement between religion and economics? 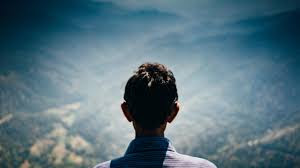 A few centuries ago the Dismal Science of Economics and the Divine Science of Theology  went to court seeking a divorce, citing irreconcilable differences. Economists claimed that theologians had their heads in the clouds. Theologians countered that economists had a cold and calculating hearts. The court of public opinion granted the divorce. The two parties drifted further and further apart with the passage of time, and their distrust of each other deepened. Then in 1759, Adam Smith, a leading economist, wrote, The Theory of Moral Sentiments, and it seemed like there might be an opportunity for rapprochement. Yet, as markets became more firmly established and theories of market economics became more sophisticated, the chasm of distrust between economists and theologians remained as deep as ever. Recently, however, there appears to be renewed interest in both camps to start a new conversation. There is simply too much at stake to allow the status quo to continue. 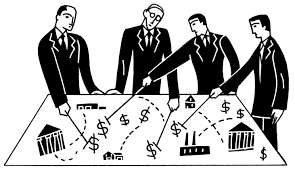 Let me cite two examples: the World Council of Churches has identified global capitalism as an idolatry, and a number of economists have argued that the defense of self-interest as a cardinal virtue of the marketplace is, at best, myopic.

The rapacious nature of global capitalism and its tendency to commodify everything has raised alarms not only among members of faith communities, but also among climate scientists, economists, and the general public. The chorus of prophetic voices decrying this situation is growing louder and stronger. At the same time members of faith communities are making significant contributions in shaping market sectors. Organizations of Habitat for Humanity are redefining the meaning of affordable housing. Faith communities are major providers of healthcare. Many educational institutions are related to faith communities. In classic language, faith organizations have both a prophetic and a priestly/pastoral presence in the marketplace. Pension funds, of course, are one of linchpins creating a tight bond between faith organizations and markets.

In the balance of this essay I want to introduce three possible places of rapprochement between economics and religion that people in a democratic society must have: the mental capacity to make meaningful choices; the material means to act on and implement their choices; and, authentic political communities of choice. I will call these capacity-building vectors that must be present and coordinated in a healthy democracy. From an economic perspective rather than limiting legitimate interest to shareholders, we are beginning to hear new conversations that recognize the valid interests of all stakeholders. Conversations in faith communities tend to center around themes related to the common good. Stakeholders have a shared interest in the common good, albeit at times these interests may be in conflict. 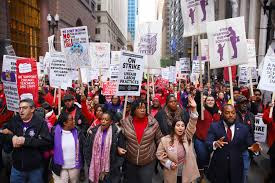 In a vibrant democracy people must have the mental capacity to make meaningful choices. Public education is one of the battle grounds or meeting places for faith communities and economics. The push to privatize and further commodify education through charter schools, vouchers, and the like while at the same time curtailing or cutting funds for public education poses a threat to the future of a democratic society. The recent Chicago teachers strike serves as a case in point. Educators in Chicago created a union, the Chicago Teachers Union (CTU), in 1937. The union did not gain collective bargaining rights until 1966. In 1987, the CTU went on strike for pay, reduced class size, and resources for the classroom. The CTU strike in 2012 focused on smaller class sizes, increased funding for music, art, physical education, reduced emphasis on standard tests, and paid time for teachers to prepare for classes. Once the Chicago teachers went back to work their message spread across the country. Teacher strikes in New York City, San Francisco, Minneapolis, Tampa, and points in between emphasized a community approach to achieve educational reform. Lessons learned in these struggles continue to be applied. According to US Department of Labor more than 485,000 workers went on strike in 2018. The 2019 CTU strike was not just about long overdue pay increases, but also for better resources to improve students lives, such as increasing the number of counselors, nurses, and social social workers. The focus on the need for these resource specialists is explained by changes in the community such as increases in gun violence, domestic violence, and drug use. Clearly many of the problems and challenges teachers confront in the classroom have their origin outside the classroom. To address these issues requires broad based community mobilization. 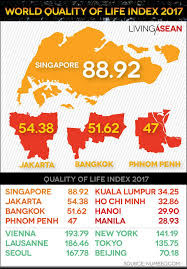 In a democracy people need the mental capacity to make informed and meaningful choices. They also need the material means that allows them to act on their choices. Using a Quality of Life Index (QLI) economists and political leaders are able to track and assess the well-being of communities at a very refined level. QLI measures include such things as access to affordable and adequate health care, education, food security, housing, public safety, and environmental sustainability. Rather than focusing exclusively on the wealth gap and the wage gap, as seems to be the current obsession of the public media, our society would make more progress toward creating a stronger democracy if we focused on ways to improve the QLI of those members of society who are most a risk. A shared commitment to a better QLI for the most vulnerable members of society could be a point of rapprochement for economists and theologians, and provide a road map for the future.

Economists trained in schools of economics that teach in primacy of self-interest and who sanctify the bottom line may dismiss the foregoing as being unrealistic and just another example of head-in-the-clouds theology. But I believe that we live in a time when a rapprochement between theologians and economists is not only possible; it is necessary.