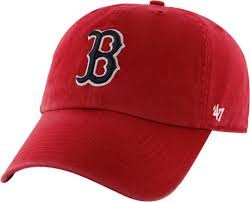 My seven-year-old grandson is a passionate lover of sports. Depending on the season, his wardrobe becomes rather limited, oversized jerseys, caps, and full uniforms. Whether for the teams on which he plays or watching professional sports, game days are a veritable yontev/holiday. Like most athletes, Leo is committed to winning, sometimes fiercely so. Even more than when his own teams lose, he is crushed when the professional teams he supports lose, often feeling personally let down, angry and despondent. Even from far off Los Angeles, he remains faithful to his Boston roots as an ardent fan of Boston teams, all of whom have provided much to talk about in the way of sports and life. We have had many conversations about winning and losing. Until now, our conversations have focused primarily on winning and losing as representing the ups and downs of life, two parts of one whole. We have not talked yet about moral character and how the quality of one’s character fits into the calculus of winning and losing. What does it mean to be worthy of winning? Perhaps it is not surprising that Leo and I have not had that conversation yet, given that as a society we have barely begun to have it, that we barely know how to have it. 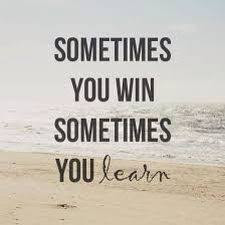 Beyond winning and losing and how we incorporate each one in its turn, important lessons for life are learned on the sports field and in the arena. Whether played on a grassy field, on a wooden floor, or on well-groomed ice, athletic competitions play out in the larger arena of life. Games become greater than themselves for the lessons they teach and the values they convey. Referees and umpires are essential to the internal order of a game, but they are secondary to the One in whose ways we are meant to walk. Life is not a game, but games are played in relation to, often in the shadow of, what most religions would describe as the rules of life. There are consequences for those who cheat on the field, though primarily in regard to winning and losing. The consequences are more tepid in response to the moral errors of athletes that occur off the field in the arena of life.

I acknowledge the hard ethical and legal questions of when and how we judge a person based on allegations, and how and when we make room for compassion and the repentant turning of t’shuva. It would seem at the very least that a “time out” is called for in the face of serious allegations, a time in which to give as much credence to the pain of the accuser as to the protestations of the accused, to acknowledge the importance of moral conduct in the win/loss column of a team and in the larger standings of life that include all of us. 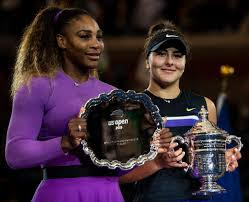 Though I enjoy following baseball, I have never been a football fan. I am drawn to human-interest stories as they emerge from all sports, lessons to be learned and shared with Leo and the other children in my life. Whether it be the dignity of Serena Williams in her loss at the US Open;
or the champion spirit of Mookie Betts in going out to anonymously distribute food to the homeless, discovered to his chagrin, after one of last year’s Red Sox championship games; or the chesed/kindness of athletes in all sports who truly befriend and help sick children and their families in the quiet beyond the headlines, these are athletes as life heroes.

Boston sports news recently has focused on a different dimension of an athlete’s behavior as a person, and a different kind of human-interest story becomes a mirror in which to see the seamier side of sports and our own place in the picture. Almost immediately after the Patriots signed a player named Antonio Brown, sexual assault allegations emerged, including rape. Brown’s star quality and his ability to help his new team win is clear, and so is the moral pass that is thrown to the Patriots and to all of us. The question is whether or not we will catch it. What is the moral price of winning and are we willing to pay it? That is the conversation I haven’t had with Leo yet, and that the Patriots haven’t had as a team yet, and that we haven’t had as a society yet. 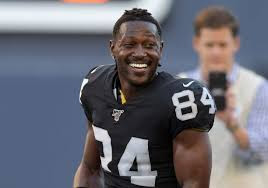 I cringe when I think about Leo cheering when Brown catches a touchdown pass from Brady. And what about all the other little boys, and the not-so-little ones who model for their sons? And what are they telling their daughters, perhaps some of whom are watching too? It is not that these little boys are aware that their heroes are so morally sullied. It is that collectively their innocent cheers become part of our society’s emphasis on winning at all costs, including the abuse of women as we cheer on the abuser. 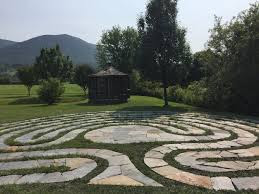 A question emerges as a lens from the weekly Torah portion called Ki Tavo (Deut. 26:1-29:8) through which to consider our behavior in all realms of life. What does it mean to walk – or to play – in God’s ways? The 611th of 613 commandments appears in Ki Tavo. In some ways it is an all-encompassing mitzvah, what one of those around our weekly Thursday morning learning table at a local coffee shop called a “meta-mitzvah.” It is a call to emulate God, lalechet bid’rachav/to walk in God’s ways (Deut. 26:17). It is hard to know just what that means. Without details given in the Torah, the rabbis explain that fulfilling the mitzvah means to follow the truly godly ways of God, to visit the sick, to clothe the naked, to bury the dead. Such ways are all specific commandments in them selves. The question becomes, but what about when facing situations for which there isn’t a specific commandment, how do we know what to do then?

There is a cumulative effect to the following of mitzvot that guide our relations with others of God’s creatures. As our souls become sensitized, so we are meant to act in all situations. The Slonimer Rebbe offers a powerful teaching in this regard: one should do the will of God even in matters upon which there is not an explicit command/she’ayn alayhem tzivu’i m’forash…. For we should always do the will of God and in all of our deeds we should consider, what is the will of God in this/ma’hu ratzon Hashem ba’zeh…? And a person is able to attain and to know this within themself because a person’s soul will teach them/nishmat adam t’lamdenu (N’tivot Shalom to Parashat Mishpatim, p. 183-4). 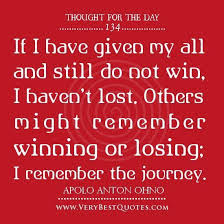 For our souls to be able to teach us right from wrong, we need to be athletes of the soul, working out regularly in order to strengthen our moral muscles. When moral behavior is given that degree of importance and moral heroes receive the same accolades in the arena of life that athletes do on the field, then we shall have come to a new place on God’s path. There is a beautiful linguistic teaching that a dear friend and study partner reminded me of, that in Hebrew the word for conscience, matzpun, and for compass, matzpen, are virtually one and the same. So we learn the importance of a moral compass. 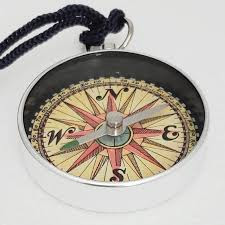 As I think of Leo and of difficult conversations that I hope we will have, I am reminded that his little league team this year was the Mariners, with uniforms modeled after the Seattle Mariners. The logo of the Mariners is a compass rose, the needle pointing north. As we seek our way, players all, on the field of life, may we have the courage to engage with the hard questions that ultimately define who we are and what it means to win or lose. With souls sensitized through the ways of loving-kindness, knowing for whom and when to cheer, may our inner compass guide us on the path of life, always seeking to walk in God’s ways.

Note: The Patriots have since released Antonio Brown, offering the following empty statement without any reference to moral or ethical concerns:

“The New England Patriots are releasing Antonio Brown. We appreciate the hard work of many people over the past 11 days, but we feel that it is best to move in a different direction at this time.”