Climate Strike - A Modest Proposal for an Environmental Ethic 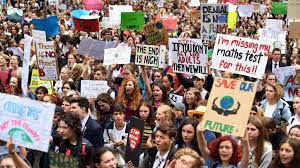 The Climate Strike on September 20, 2019 was the largest global action in the history of the world. According to various news reports more 4 million people joined in the strike. There were more than 4,000 events that happened in more than 150 countries. In addition to labor unions, and well-known organizations like MoveOn, 350, and the Union of Concerned Scientists, other participants included: Friday for Future, started by Greta Thunberg; Extinction Rebellion, a London-based organization dedicated to creating political change through nonviolent direct action; Our Children’s Trust; Future Coalition; and Friends of the Earth International, and many more. The Climate Strike was to call for an end to the age of fossil fuel. “Climate Justice for All,” was a rallying cry for Climate Strikers. 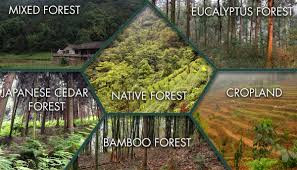 The United Nations Intergovernmental Panel on Climate Change (IPCC) identifies land use and the world’s food system as critical issues that must be addressed, if we want to create a sustainable future. According to the IPCC, the world’s food system is “a top cause of deforestation.” Population growth, increasing demand for food, feed and water, more resource-intense consumption and production, and more limited technological improvements in agricultural yields will result in higher risks of water scarcity, land degradation, and wide-spread food insecurity. Shockingly, the IPCC reports that one-third of the food produced is either lost or wasted. The IPCC report calls for reduced food waste, eating less meat, practicing sustainable land management, eliminating poverty, and reducing economic inequality as necessary and practical steps that offer the best chances to tackle climate change. The IPCC report calls for reforestation and carbon dioxide reduction as necessary first steps. 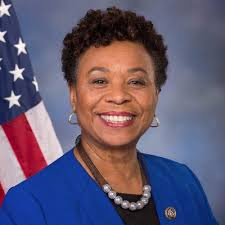 In the United States, Congresswoman Barbara Lee (D. Cal.) has introduced a resolution that would require climate education be taught in all schools. Many members of Congress support the Green New Deal, which in simplified terms is a proposal to wean the US economy from fossil fuels, and create new clean energy industries. Importantly, proponents of the Green New Deal argue that we have the necessary tools and knowledge to begin to implement many of the proposals included in the Green New Deal. But do we have the political will?
There is both domestic and international opposition to calls to end the age of fossil fuels. The Regional Economic Partnership (RCEP) exemplifies this opposition. The RCEP is China’s response to the failure of the Trans Pacific Partnership. If it is finalized later this year, the RCEP will include 16 nations that encompass one-third of the global GDP and almost one-half of the world’s population. One goal of the RCEP is to liberalize trade and investment by reducing government oversight and regulation. A second goal is to protect intellectual property rights. A controversial center-piece of the RCEP is a mechanism called the Investor State Dispute Settlement (ISDS). If adopted the ISDS would allow corporations to sue states, if state regulations have a negative impact on corporate profits. Critics of the ISDS argue that it is already testing the government’s ability to protect human rights and the environment in Thailand, Japan, South Korea, India and elsewhere. 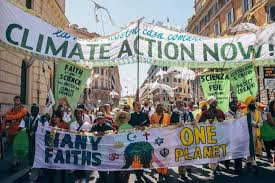 Faith communities in the United States can help us get past the present impasse by reframing the debate. A study conducted by Yale University and George Mason University entitled “Climate Change in the American Mind” offers some clues. The study found that 70 percent of Americans (people living in the United States) think of themselves as Christian, and 64 percent of us think the global warming is either extremely, very, or somewhat important. According to the study, two primary motivations for wanting to mitigate global warming are to provide a better life for our children and grandchildren (29 percent), and to protect God’s creation (19 percent). Taking our clues from this study, an ethic for the future must be both intergenerational in the fullest meaning of the word, and ecologically sustainable. A theological ethic based on these two principles will emphasize the importance of achieving balance in all our relationships--present and future to the seventh generation. Mutuality and reciprocity are two key concepts in this ethical framework. 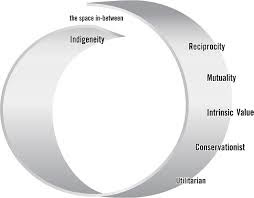 The concept of mutuality carries with it a sense of shared or common interests. Mutual relationships are by definition balanced relationships. Parental concern for our children and grandchildren implies that the present generation is willing to balance its interests with the needs and interests of other generations--both present and future--to safe-guard everyone’s well-being. There are well-established metrics of well-being, which include such things as access to affordable health care, education, housing, public safety, environmental sustainability, and so forth. Mutuality is not an abstract concept. The ethical mandate is to extend the concept of mutuality beyond the family to include the broader community, recognizing that we live in through our relationships with others--including the earth. We live in a cosmic web of mutuality and interdependence. Mutuality is not a foreign concept, but rather a basic value that makes and keeps us human.
Reciprocity is a second key concept in the ethical framework that I am proposing. Narrowing defined, reciprocity means that there is a give and take, an exchange of things of relatively equal value between or among parties. More broadly, however, we may think of reciprocity and an anticipatory ethic. We act in ways that anticipate a response from others. Thus, our actions create a space for the action of others. The commandment, “Do unto others as you would have them do unto you,” is an example of the ethic of reciprocity. The concept of reciprocity empowers us to act in ways that are consistent with the kind of future we envision and want to create, and it creates a safe space for others to respond to our actions. The response may come in the form of a challenge, a refinement, or in some new and novel way we had not anticipated. Reciprocity is, thus, a dialogical model. We live each moment of our lives in dialogue with the earth, with others who are seen and unseen, and with future generations.

The dominant ethics in Western culture have been the ethics of right and wrong, and the ethics of ends and means. The proposal introduced in the foregoing paragraphs leads away from the ethics of certainty, which is implied in the ethics of right vs. wrong and ends justifies the means, toward a more flexible framework. It is a relational model that asks us to begin with an awareness of our present situation. Know thyself. Aristotle said that self-knowledge is the beginning of the moral life. It still is. If we will simply have the courage to examine our present situation, our relationships with others, and our hopes for and obligations to future generations, I believe we can fashion a fitting ethical framework that will benefit both the present and our shared future.

Respectfully,
David Hansen
Posted by Vicky at 9:57 AM