On the Heels of Our Hearing - Footsteps of the Messiah 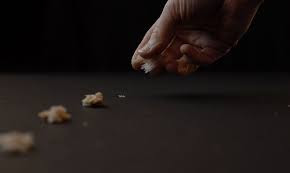 There is something delicious in following hints from one holy text to another, like breadcrumbs along the way until coming to a long sought source, a spring of living waters. The search itself is sustaining, entering the gates of holy books as a wanderer in their courtyards, journeying from one to another, intimations of joy in the anticipation of ultimate arrival. It is the way of justice and peace unfolding, each accomplishment a blossom of hope toward the next. 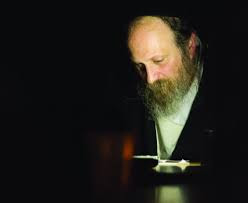 There is much Chassidic teaching on the first two words of the weekly Torah portion called Ekev (Deut. 7:12). I have loved the Chassidic teachings, drawing sustenance from them year after year, but always feeling that they in turn are drawing sustenance from earlier rabbinic sources that I hadn’t seen. Each year I have meant to go out on the trail and search until I came to the source. This year I did, searching well into the wee hours of night become morning, following the light of Torah, picking up hints from those I met along the trail.

The two words, and adding the third, with which the portion of Ekev opens are v’haya|ekev tish’m’un/it will come to pass | on the heals of your hearing. The small vertical line, one of the ta’amim or trop signs is very important, called a p’sik, serving the function of a rest in music. Placed immediately after the first word, v’haya, we pause and consider, what will come to pass? The Chassidic teachers emphasize that the word v’haya indicates simcha/joy. Holding that for a moment, we take another step along the trail. Ekev means “heel,” and suggests something that comes as a consequence or result of an action, thus whatever shall come to pass will come on the “heels of our hearing.” From the same root comes ikvot/footsteps. The Chassidic teachers speak of ikvot m’shichah/footsteps of the messiah. 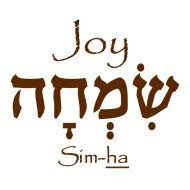 The portion Ekev brings us through some rough terrain, bringing us face to face with several harsh passages. I have found through the years a sense of hope and support from the teachings that emerge from the opening of the portion, as though giving us provisions of spirit for the journey. Somehow, if we can bravely engage with all the harshness to come we shall yet find joy in hearing the footsteps of Mashiach/Messiah along the way. Seeking the way of joy in spite of all, I found my way back to a midrash (B’reishit Rabba, 42:2) on the portion of Lech L’cha (Gen. 12:1-17:27), the quintessential portion of journeys, about seeking our way come what may, Avram and Sarai’s journey into the unknown become our own. There in the dark become light, I found the source that the Chassidic teachers draw on. A simple word of grammar, a word of being in time, v’haya/it will come to pass is indeed taken as a portent of joy.  Of the examples given to make the point, several look toward Messianic time, of swords turned to plowshares, as from Isaiah (7:21), v’haya ba’yom ha’hu yetz’u mayyim chayyim mi’y’rushalayim/and in that day living waters shall go forth from Jerusalem. 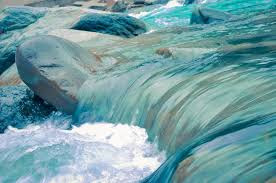 My soul’s thirst quenched by the living waters I imagined drinking in that day, I continued on the way, seeking the footsteps of Mashiach. As the Chassidic teachers draw on the word ekev as messianic allusion, so I found the rabbinic source I had been seeking. It is in the Mishna, starting point of the vast sea of Talmud, at the end of Mishna Sotah (9:15) in a disturbing passage of some length. I made my way, treading through the brush and brambles, wishing for light and living waters. In the midst of so much pain, descriptions of a world filled with brokenness, I came to the source from which the Chassidic teachers draw. “On whom shall we lean,” the rabbis ask over and over again, continuing to remind themselves and us, “on God who is in heaven….” As they know and we know, though, that is not enough. As they make their way in a world that seems so familiar for its brokenness, it is there and then, as for us here and now, that they tell of the approaching footsteps of Mashiach/ b’ikvot m’shicha. It is an allusion drawn from Psalms (89:52), human yearning for wholeness, for an end to violence, joining generations through time, each one listening for the echo of footsteps. 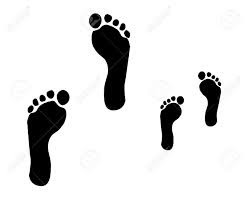 As I made my way through some of the sorrows the Mishna describes as preceding the coming of the Messiah, struggling through thickets of pain, I gasped as I encountered one that was for the rabbis an indication of this utter brokenness: and the people of the border shall wander from town to town and none will show them compassion/v’anshei ha’g’vul y’so’v’vu me’ir l’ir v’lo y’chonanu. These unfortunate ones were people who lived in remote border communities where they were easy prey for marauding bandits. And so they wandered, seeking shelter and safety. I thought of people fleeing their homes today for fear of violence, fleeing drug lords and gangs, social systems so broken that they leave everything behind for the sake of their lives, and, most of all, the lives of their children. In the tread of these children is the echo of the footsteps, the Messiah waiting. God forbid and protect us that none will show them compassion.

And so we make our way, then and now, along trails of tears and time. In that place of pause where the ancient scribes placed a p’sik, a place of rest in which to consider a simple word, v’haya/it shall be, and then to ask “what shall be?” What is it that shall follow on the “heels of our hearing?” Is it the cry of the people of the border, those who wander from town to town, that we are to hear? And following on our hearing, truly hearing, then to respond with compassion, is that what will bring the footsteps of the Messiah? 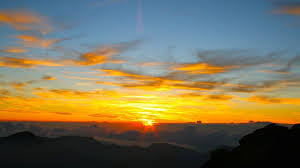 Further on in this portion whose opening echoes with the footsteps of the Messiah, of connections made and remembered, we are told of the way, and you shall love the stranger, for you were strangers in the land of Egypt/va’ahavtem et ha’ger ki gerim he’yitem b’eretz mitz’rayim (Deut. 10:19). In the way of our response is the possibility of hope. And perhaps that is the joy to which that simple word points, the joy that we can indeed bring the footsteps of Mashiach. On the heels of our hearing, footsteps of a night journey, so may we come to the source together and greet the light of a new dawn.

Rabbi Victor H. Reinstein
Posted by Vicky at 6:39 AM