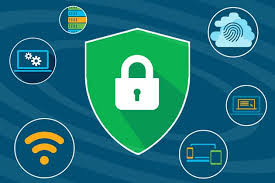 Interestingly enough, deciding I wanted to write about security, I googled the root of the word. And when I tried to go to the chosen site, I got a notice that my site was not secure. If you want to make your fortune these days, develop a security business. It's all the rage! Apparently, even with our nuclear stockpiles, enormous military budget, more guns than any other country on earth, alarm systems in homes and security cameras on every street corner, we're still afraid.

The latest? I guess I should forget about getting that small electric car. I need a truck! The bigger the better, so I can feel secure. At least that's the latest in tweets from the White House.

The President doesn't like California. He doesn't like all the homeless people out there "polluting the ocean". He doesn't like the fact that California (along with at least a dozen other states) has set emission standards on automobiles. So he's going to get rid of them. We're told that those standards make cars more expensive and bigger, higher polluting cars are "safer". 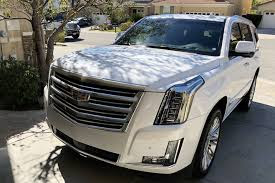 If you drive one of those big, higher polluting vehicles, you may feel more secure. But how about those driving smaller cars? Are they more secure? How about those cycling or walking? How about those living with asthma who die in greater numbers from air pollution every year than die from automobile accidents? How about those of us trying to pass each other on Brookings streets downtown with two big trucks parked diagonally on each side of the street? Don't SUV's roll over more easily and when two trucks collide, isn't there more mass to do damage? Can we think about the social good? 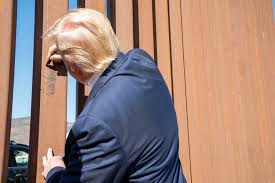 On the same trip to California, the President went with his sharpie to put his name on the border wall. Money spent on "border security" has grown from $350 million in 1980 to $23.7 billion in 2018. We can now speak of the "border industrial complex," similar to the "military industrial complex" and with some of the same players, all collecting enormous, tax payer profits. The border industrial complex includes: Boeing, General Dynamics, Lockheed Martin, Raytheon, Northrop Grumman, UNISYS, IBM, etc. If one wanted to know, you would find these industry and tech giants are also major contributors to those sitting on the House Appropriations Committee and the House Homeland Security Committee.

If that weren't enough, we also have costly border concentration camps to help keep us secure. For some reason, it costs as much per bed at many of the current immigration detention centers as it costs at a Trump Hotel.  Maybe we should ask Caliburn International , and the private equity firm that owns them, D.C. Capital Partners, why they were charging $600 a bed a day for a detention center in Florida that was empty. Since there were 1,200 beds, it was costing you and me, the taxpayers, $720,000. a day. Of course, since it was empty, Caliburn reduced the fee by $150. Normally, with residents, it was $750 a day. It makes you think the cost of maintaining a child was $150 and the rest was "overhead." Like I said, the security business is where the money is. 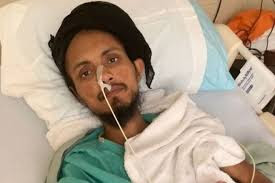 I'm not sure if I should feel more secure since ICE has detained two young men from India (they always seem to be people of color). Gurjant Singh and Ajay Kumar are on day 73 of a hunger strike. ICE has been force feeding them since August but apparently ignoring their asylum claim.

Maybe I'm just stubborn, but I still resist "security" at the airport.  In some religious traditions, you take off your shoes when you enter sacred space. I understand that! For me, an airport waiting room is not sacred space and I still resent the idea of having to take off my shoes because of one deranged shoe bomber. Fortunately I'm old, and TSA regulations have moderated a bit, so I often get an "age" card that allows me to keep on my shoes. 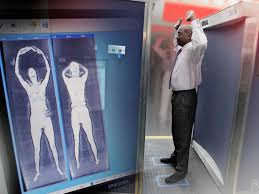 The other technology I resent is the body scanner. Whenever I'm asked to use it, I don't think security but I think about Secretary of Homeland Security Chertoff in the Bush administration. He went from that position in government to start Chertoff Group to lobby for the full body scanner industry. So we get to stand sideways with our arms overhead and be exposed to what they say are insignificant amounts of radiation, that just gets added to all the radiation we're exposed to on the flight. I normally ask for a pat down, just because I'm stubborn and resent the government to lobby revolving door.

Eventually, I succeeded in finding a root to the word security. One root is "free of care" or carefree. 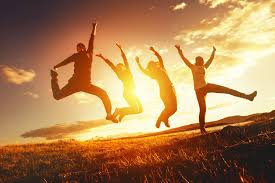 Forget, forego the apostles of fear! There is no way fear enables anyone to be carefree. If it isn't fear of the "other" it's fear for the self. Fear is self centered and a root cause of violence. Fearlessness is the building block of strong individuals and strong social fabric. If we want to be secure, free of care, we need to let fear, and appeals to fear, go.

For Christians, the first letter of John says it best; "There is no fear in love, for love casts out fear." And even more to the point, people can be fearless if they are rooted in the God who is love!

Carl Kline
Posted by Vicky at 6:29 AM

It’s my fortune to go Security Companies to at this blog and realize out my required stuff that is also in the quality.