"What Does America Stand For?" - - Of Leader and People as One 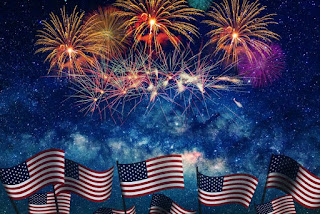 In my most cynical moments, coming at times in spite of myself, I have wondered if America has gotten what it deserves in this president and all the damage and harm that he has done. I catch myself quickly. All those who have been so harmed cannot be deserving of such harm, whether of people or earth, and of relations one to another in the fragile web of life. My thinking shifts then from the cynical to the intensely sad, wondering if all that has transpired today through a masquerade of leadership is the natural consequence of American emphasis on independence rather than interdependence, of self more than group. I wonder if today’s government has emerged from attitudes once carried in such expressions as “better dead than red,” or in the notion that anyone should be able to “pull them self up by the bootstraps.” I wondered in the week of the Fourth of July what it says of a nation’s character and values that in singing of who we are it is of “bombs bursting in air,” rather than of “purple mountain majesty,” which might have been our anthem. I wonder if our poisonous legacies of racism and xenophobia that make some unworthy of compassion,  blind us to the image of God in every human being. In such views and values there is reflected an essential lack of inter-human connection and of compassion, attitudes that have become full blown today in our national disconnect from the good and from goodness.

In the way time and text become entwined, I was stunned to come across a Talmudic debate that leapt off the page and played into my musings. Chad amar/one says, dor l’fi parnas/[the character of] a generation is according to its leader. And one says, [the character of] a leader is according to their generation (Arachin 17a)…. I stared at the page and kept going back over the words, still needing to explore and go more deeply. I wondered if it is as clear-cut as the debate might suggest. It would seem it is some of both, that a leader does emerge from the values and character of the people.  So too, a leader can help to shape the national character, drawing out that which is most noble in the people, or that which is most ignoble. 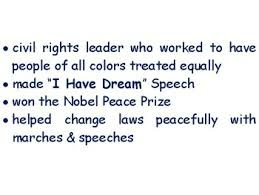 In a way that I think can equally be seen as natural consequence, the great commentator Rashi suggests God’s role in choosing leadership that reflects the nature of a society. Commenting on the Talmudic view of leadership and people as offering a moral mirror of each other, Rashi teaches: im ha’dor az/if the generation is arrogant/the Holy Blessed One raises over them an arrogant leader/parnas az; v’im ha’dor nochin zeh la’zeh/and if the generation is peaceful one to another, the Holy Blessed One raises over them a leader who guides them peacefully/parnas ha’manhigam b’nachas…. 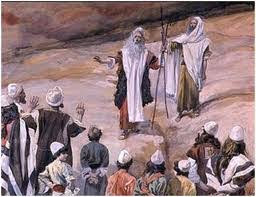 Continuing to muse on the symbiotic relationship of national character and leadership, the weekly Torah portion called Korach (Numb. 16:1-18:32) offers its own challenge and warning. In a jarring moment of conflict and turmoil, Moses is challenged. The portion pulsates with an underlying question of how we make room for challenge as part of political and communal dynamics. We watch Moses to see how he as a leader responds to challenge. There is merit in Korach’s charge that Moses has taken on too much power, that all the people are holy. The way of our speaking truth to power is held up for us to examine, to consider what works and what doesn’t work and why and why not. Is Korach seeking to disburse power more equally or to usurp more of it for himself? Whether it is Moses’ job he seeks or Aaron’s, tensions play out as between branches of government, here a divide between priest and prophet and the underlying question of how each is meant to serve the community and a greater good. 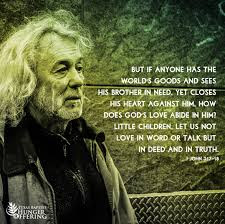 Each forming parts of one whole, as branches of government, the priests in the line of Aaron are those who would serve in the sanctuary, giving symbolic structure to the ideals to be nurtured in the people. In the prophetic line of Moses are those called to remind the people of what God seeks of us, as the Prophet Micah taught, it has been told to you, O mortal, what is good and what God seeks of you, only to do justly, to love kindness, and to walk humbly with God… (Micah 6:4). Neither way, the role of priest or prophet, of legislator or judge, is to be sought for personal gain. Each role is to be placed as a mantle in response to God’s call. Each as a call to service, the call to leadership was meant to help shape national character, and so too the character of the leader.

As the struggle between Moses and Korach plays out, it is a mistake to see the Torah as offering a model for leadership. Nor does the Torah offer an explicit model in most realms of human struggle. For all of the explicit mitzvot that it gives, the Torah is not primarily prescriptive. Rather, it offers a context in which to struggle with real life situations, which, however much the details may vary through time, remain timeless in their familiarity and immediacy. 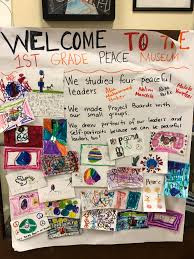 Holding all of my wrestlings with Talmud and Torah and the day’s tortured news, Mieke and I took a delightful break for a Fourth of July FaceTime visit with grandchildren. Oma asked, “why aren’t you at camp today?” And the older two answered as though, “of course, Oma,” “it is the Fourth of July.” And what does the Fourth of July celebrate?” In one voice, they answered, “It is America’s birthday!” “What do you think we could give America as a birthday present?” Seven year-old Leo answered with a shy a smile, “We could make Trump not be president any more.” “Yes, that would help,” I said, “but we need to do more than that. America needs to be about more than one person.” I thought of the Talmud’s question about leaders and people and who determines the character of a nation. “What can we the people do?” I asked, making allusion beyond their understanding to the essence of which the day is meant to remind.

Feeling my way I said, “We could remind everyone what America is supposed to stand for.” Without a moment to expand on my tentative response, four year old Ruby asked, “what does America stand for…?” “Wow, what a great question, Ruby,” the question giving me pause, the pure innocence of a child’s asking causing my voice to crack for a moment.

“It is supposed to stand for equality, Ruby. That means that every single person is just as important and has the same rights as everyone else.” One of the kids chimed in as though on cue, “That means everyone can vote….” “Yes, that is true,” I said, “and so important. Do you know, though, that when America started only white men could vote, not women and not Black people. That doesn’t sound very equal does it? That has changed over time, but not enough. Not everyone is able to vote today even though they are supposed to be able to. Also, not everyone has what they need in America. Some people have so much and others don’t even have enough to eat, so that is not equal yet either. As a birthday present, we can remind all Americans about what equality really means and help to make it happen. That is what America is supposed to stand for.” 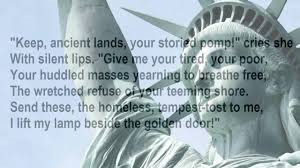 Off to the side, their mom’s voice reminded them about the long line of people walking past their corner with signs supporting immigrants, “like Zayde did in Boston,” Noa said.” My voice cracked again at the unexpected opportunity to so meaningfully mark the Fourth of July. “We have to make our birthday present even bigger,” I said. “When we remind people what America stands for,” Ruby, “we have to remind them that we are supposed to welcome the stranger and the immigrant, to be kind and caring to people in need. That is what the Torah teaches us too. There is a poem on the Statue of Liberty in New York that welcomes every one. It says to come, everyone who is tired, and poor, everyone who wants so much to be free. The poem was written more than one hundred years ago by a Jewish woman whose name is Emma Lazarus.” 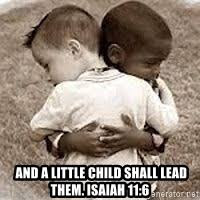 As we said good-bye, I thought of Isaiah’s words of hope that a little child shall lead. On a day that should be given to reflective pause, it was the question of a child that led me to consider, “what does America stand for?” In all of their innocence, the children knew just what to ask. As the children lead, so may we merit the leaders we truly deserve, and together give shape to a national character rooted in interdependence and compassion, of leader and people as one in purpose and destiny.