I offered this meditation on Romans 13:1-7 on July 21, 2019. It is undoubtedly the most personal sermon I have ever shared. It started when my younger sister reminded me that when we were children our father would often ask us, “What have you done today for God and Country?” What he meant was, “What have you done today to make the world a better place?” In our childhood minds we hyphenated God and Country. The two words went together like love and marriage and a horse and carriage. God-N-Country, the words belonged together. 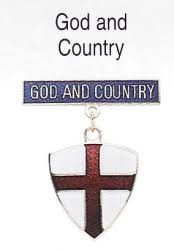 It was much later that I read Paul’s letter to the Romans, and I discovered what seemed to be biblical injunction that justified the combining of these words. In the 13th chapter of this letter, Paul urges Christians, “be subject to the governing authorities,” because “all authority is from God.” To rebel against the authorities, the Paul says in this letter, is to rebel against God.
I grew up in a white Anglo-Saxon Protestant family, and we lived in a white Anglo-Saxon culture, and we were very comfortable in our own skin. My father was a judge. I can’t say that I was always obedient, but I was subject to the governing authorities. The text did not require interpretation. This text, which once upon a time, was not problematic for me, became a stumbling block. The 1960s erased the “N.” The turmoil of that decade makes it impossible for me to speak of a hyphenated “God-N-Country.” I am a child of that decade. The movement to stop the war in Viet Nam was in full swing. Dr. King led the Civil Rights Movement, Cesar Chavez and Delores Huerta led the United Farm Workers, the American Indian Movement took over Alcatraz Island, Bobby Seale and Huey Newton founded the Black Panther Party.  Malcom X and Mohamed Ali were towering personalities. Our bumper sticker said, “Question Authority.” We believed that we could change the world. The assassinations of many of leaders, the bombing of churches and other events of that period changed forever the way I have understood Romans 13: 1-7. 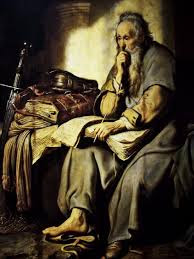 Some of my friends said that if submitting to the authorities was the message of the Christian church, then they did not want to be part of it, and they left. Some biblical scholars started questioning the authorship of the opening verses of Chapter 13. They noted that Paul was both a Christian and a Roman citizen, and he was always in trouble with the authorities. If he wasn’t in jail, he was hustling to get out of town before the authorities could put him there. When he wrote this letter to the Christians in Rome, he was under arrest. He was going to Rome to stand trial, and it was very likely that he would be killed. Moreover, the heart of Paul’s preaching was Christ crucified. Could Paul really have counseled Christians to “submit” to the authorities?
Other scholars suggest that Paul was addressing a particular situation. Rather than interpreting these verses in Chapter 13 as Paul's theory of the state, these scholars remind us that Emperor Claudius had recently imposed a tax on Jews in Rome. When they resisted and refused to pay it, he simply sent them into exile and confiscated all of their property. When Nero became emperor, after his mother engineered the murder of Claudius and before he arranged for the murder of his own mother, Nero allowed Jews to re-enter the city. Nero used the presence of Jews and Christians, religious minorities, as scapegoats. It was useful to have such groups around every time anything went awry, or he needed to appeal to his base. Perhaps, these scholars suggest, Paul was simply telling his readers to go along in order to get along.
There is a third way to understand this passage. In Romans Chapter 12, Paul encourages his readers to make their bodies a living sacrifice. He tells them to resist the authorities. He tells them, “Do not let the world press you into its mold, but be transformed by the renewal of your mind.” He tells them to have the mind of Christ. Maybe he is remembering Jesus’ admonition to be “wise as serpents and as innocent as doves.” Do not underestimate the power of the state to create internment camps on the southern border, or institute a policy of perpetual war, or enact legislation that benefits the very rich at the expense of everyone else. People in positions of authority can and will and do use violent language to create a social and political landscape of fear. We are witness to this. 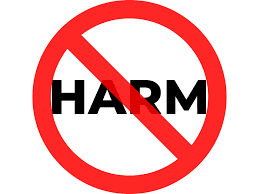 Thus, it is all the more necessary for transformative Christians to interpret this text not as a summons to submit to political authorities, but rather to see it as a reminder that even emperors and presidents are accountable to God. Therefore, as Paul says in Romans 13: 8, we are to owe no one anything but love. “Love your neighbor,” Paul says, because love does not harm.
I think, therefore, that there is common ground to be found in these words of Paul and Dr. King’s last speech as President of the Southern Leadership Conference. He told those gathered: “There is no time for romantic illusions and empty philosophical debates about freedom. This is a time for action.” Rejecting calls for violence, he said, “I’ve decided to stick to love . . . . And I’m going to talk about it everywhere I go” (from: “Where Do We Go from Here.”)
In the name of love Dr. King asked radical questions about our society and the economy. He asked: Who owns the oil? Who owns the ore? Who owns the water? Why do some people have so much, and others have so little? And he laid out a plan of action. He said we need four things: communities that will stick together, leaders who will not sell out, churches that are militant, and people who are trained in nonviolence. 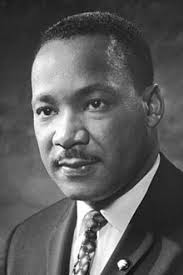 In another speech, “Nonviolence: The Only Road to Freedom,” Dr. King said; “There is no easy way to create a world where men and women can live together, where each [person] has a job and a house and where all children receive as much education as their minds can absorb. But if such a world is to be created . . . . It will be accomplished by persons who have the courage to put an end to suffering by suffering themselves rather than inflicting suffering upon others. It will be done by rejecting racism, materialism, and violence . . . and by working toward a world of . . . [community], cooperation, and peace.”
Let the people say, “Amen,” and “So be it.”

David Hansen
Posted by Vicky at 10:05 AM