Turn it, Turn it, All is within it -- Of Torah, Of Baseball, Of Life In Memory of Bill Buckner 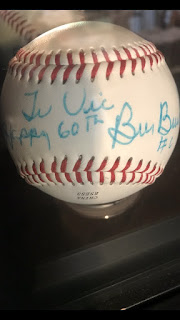 I have found myself pausing reflectively in front of one shelf in my study a number of times recently, ever since hearing of the death of former Red Sox first baseman, Bill Buckner. In the right hand corner of the shelf there is a small glass case framed in black-stained wood. In the case there is a signed baseball, a few warm words in blue ink before the signature: “To Vic, Happy 60th, Bill Buckner #6.” In truth, the connection I feel with that baseball is more with the person through whom it came to me than with the one who signed it. Through the years, however, I have come to feel that the life teaching of a baseball player and the challenges he faced on and off the field is its own gift. It is a gift whose meaning has come to be interwoven with my love for the one who gave the ball to me and facilitated its signing.

My son, Yossi, was working in New York that summer for the TV program, Curb Your Enthusiasm, with Larry David. One episode was built around Bill Buckner and the one game in his long baseball career for which he is, sadly, most known. On the day of the filming, Yossi’s job was to look after Bill Buckner, picking him up at the airport and taking him wherever he needed to be. Having become friendly during the day, at some point Yossi shared that he would be heading to Boston soon for his father’s sixtieth birthday. And then Yossi asked Bill if he would sign a baseball for me. Yossi ran to the props department and came back with a baseball that Bill Buckner happily signed. The story still makes me smile, even causing me to tear up now as I feel the ballplayer’s warmth.

As I explained in sharing this story as part of a High Holy Day sermon in 5771 in September 2010, Bill Buckner’s story is about much more than baseball and about much more than Bill Buckner. It is about life and about all of us. It is about t’shuva, the way of our turning to each other to make amends, to reweave wholeness, and about the way of our going on the path of life. It is about how we pick up and keep going when things don’t work out quite as we hoped they would. And it is about how we respond to others when they don’t come through quite as we hoped they would. 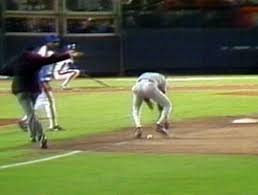 As some surely remember, and as others have surely heard the much-told tale, it was on October 25, 1986. It was the sixth game of the World Series between the Red Sox and the Mets. Playing in New York, Boston was leading the series three games to two. The game went into extra innings, with the Sox going ahead in the top of the tenth. In the bottom of the tenth, the Mets tied the game. With a runner on third, Mookie Wilson at the plate for New York, a routine ground ball to first, the promise of another opportunity for the Sox. And then it happened. The ball went through Bill Buckner’s legs. The runner on third scores and the Mets win. Having been one out away from their first World Series title since 1918,     the Sox lost that game, and the next. Winning the World Series would wait until 2004.

Whether a baseball fan or not, the story of Bill Buckner is for all of us. It is about how we respond to ourselves and to others when an error is made, when the ball goes through our legs or those of another. The fans and the sports media were brutal to Bill Buckner. I start to cry as I think of how his error brought out the worst of people. His was simply an error on the ball field, hardly the only factor that contributed to yet one more season of demise for the Red Sox. The error of Boston fans on the field of life contributed to the near destruction of a life. Bill Buckner continued to play ball for a few more years, retiring after a career that spanned more than twenty years, a career in which he accumulated more total hits than either of the baseball greats, Ted Williams or Joe Dimaggio. Eventually, he and his family moved far enough away from New England to escape the vitriol that continued to be directed at him by fans whose inability to forgive stands as a warning to all of us.

It is the nature of life. Balls go through our legs at the most inopportune time. Mistakes are part of life. Sometimes the stakes are higher and sometimes lower. That is why we need t’shuva, that turning to forgive, to reweave wholeness. In a ballpark conversation once with my youngest daughter, much important “Torah”/teaching to be learned while watching a ballgame, I asked whose responsibility was it to do t’shuva, Bill Buckner’s or the fans’? The answer was clear. The fans’ error was the greater one, the one with the greatest consequence, and the one with the greatest challenge for all of us. 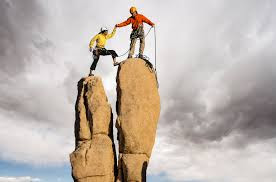 Asked about the play that defined his career, Buckner said: “It’s an issue society has to figure out, especially when it comes to teaching lessons to children. I realize professional athletes accept some of that responsibility…. But is that what you want to do to the kids, that they shouldn’t try?” It takes courage to try. It takes courage and faith to fail. A question of acceptance and forgiveness, a way of going in life, how do we judge our selves and others when the ball goes through our legs?

Bill Buckner died in the week of the Torah portion called B’chukotai (Lev. 26:3-27:34). I thought about that as I looked at the baseball and read his good wishes to me. The portion offers teaching about how we go, how we walk on the way of life, how we comport our selves in the world. So it opens, im b’chokotai telechu/if you will walk in my statutes…. The Slonimer Rebbe pushes back vociferously against any who say that these words are simply about fulfilling commandments. He says that these words are about going in the way and spirit of the Torah/al halicha ba’derech v’ru’ach ha’torah. The Slonimer points out that there are many situations encountered in life for which the Torah does not offer specific guidance, a specific mitzvah/commandment. That is when we need to know and be guided by the way and spirit of Torah, a way that encourages us to walk in harmony with God and with people, a way that begins with a gentle breath upon the water, the first expression of God’s hope for us in birthing a world.

Hoping that we will learn to walk with each other, God says a few verses later, I will walk among you/v’hit’halachti b’to’cha’chem and will be God to you, and you will be a people to me…. Rashi brings a beautiful rabbinic reframing of that verse, God telling the people: atayel imachem b’gan eden k’echad mi’kem/I will walk with you in the Garden of Eden as one with you and you shall not be shaken…. A way is modeled for us, a way by which we shall walk together, giving strength and understanding to each other, adults and children, that none shall feel shaken by mistakes or be afraid to try, walking together toward wholeness. 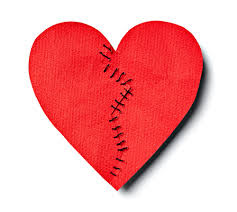 As I stood in front of the shelf in my study this week, gazing at the baseball signed in blue ink, reading its warm words, I thought of the teaching that makes Bill Buckner’s memory a blessing for all of us. Carefully turning the baseball in my hand, feeling the smoothness of its surface punctuated by the roughness of its stitching, melodic modes and moods, seasons of life, I imagined how he might have turned it, perhaps a bit wistfully, before signing it. In the turning of a baseball, I thought of a teaching of the rabbis concerning Torah, hafoch ba, hafoch ba d’kula ba/turn it, turn it, all is within it… It is true of Torah, it is true of baseball, and it is true of life. In the turning of life, we know for a certainty that there will be for each of us high points and low, joys and sorrows, triumphs and tribulations. Sometimes the ball will go through our legs, and sometimes through someone else’s. The only question is of our response, whether we shall further compound the pain, or if in the fullness of Eden’s vision we shall walk together, responding with compassion for ourselves and for others. It is a teaching of Torah and of a warmly signed baseball in a small glass case, the giver of the ball and its teaching having become one, and of the love that joins us on the path of life.