Off The Beaten Path

For the last several days, my husband and I and dear friends have been visiting  the Canadian provinces of New Brunswick and Nova Scotia, driving the astoundingly beautiful coastal roads that have led us through forests, along ridges, through mountain passes, along rivers and given us breathtaking views of the Atlantic Ocean where it crashes against the shores of Cape Breton. The next few days will take us to Prince Edward Island before heading south toward Maine and then eventually  home again.

We have been traveling in unfamiliar territory on roads we have never seen before, sleeping in strange places and eating in untried cafes and restaurants.  Traveling “off season” has often left us wondering when we would find the next place to eat since most of the businesses are still closed. As we have driven through forests of Jack Pine and birch rising steeply on either side of the road, covering miles and miles without seeing another car or human being (or gas station), I have been reading Barbara Brown Taylor’s reflections on “The Practice of Getting Lost” in her book  An Altar In The World.

Taylor writes about how we humans get into stable patterns that help us to move through our daily lives in an orderly way -patterns that become automatic and almost unconscious.  She compares this to the way cows follow well trod paths day in and day out without having to think about where they are going or what they are doing.   She writes “I am convinced that this is normal human behavior, which means that something extra is needed to override it.  Why override it? Because once you leave the cow path, the unpredictable territory is full of life. True, you cannot always see where you are putting your feet.   This means you can no longer stay unconscious. You can no longer count on the beaten down red dirt path making all of your choices for you.  Leaving it, you  agree to make your own choices for a spell.  You agree to become aware of each step you take, tuning all of your senses to exactly where  you are and exactly what you are doing. 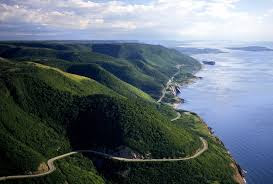 This has been our experience, traveling along hairpin turns high above the ocean, not being able to see whether other vehicles are approaching  on the road ahead, keeping conscious watch for obstacles in the road where the signs indicate the danger of falling rocks.  With senses heightened by the unfamiliarity of the road ahead, we have noticed incredible beauty  that we might not be consciously aware of  on our normal cow paths.   The play of light on the ocean; the softness of the mist shrouding the trees;  ribbons of water falling from hidden places in the rocky cliffs.

While traveling with a fairly dependable GPS device, it is hard to get REALLY lost, and yet the experience of traveling through an unfamiliar wilderness landscape does lead to reflection on the need to leave behind familiar patterns, however temporarily.  On those occasions when the device “can’t find us” we do get to have the experience of being lost.  All of a sudden, it is just us in the car in the wilderness, unable to even sense direction because of the fog and the lack of an appearance by the sun. 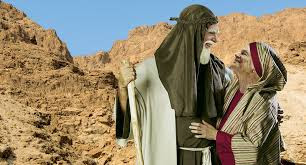 Being of a theological mindset, I find myself connected in a new way to my “faith ancestors” - - Abram and Sarai being called out to “a land I will show you” - perhaps not really knowing where they were going, but answering the call with a willingness to get lost;  then Jacob running into strange territory to escape his brother’s anger and running straight into holy space;  Moses and his band of wanderers finding their way through wilderness to a place of promise;  all willing to be “lost” - - and on their way finding new ways of being conscious.

On our travels, we were largely without the benefit of TV and the nightly news. Some of the hotel televisions required a degree in electronic technology in order to figure out which of the three remotes controlled which aspect of the TV!  (We fondly remembered when all we had to do was turn on the TV and choose a channel out of the 5 or 6 that were available!) So we pretty much gave up our predictable 6 o’ clock evening news pattern.  When we finally reconnected with the “outside world” I realized just how fully we had over-ridden the “predictability of the cow path.” 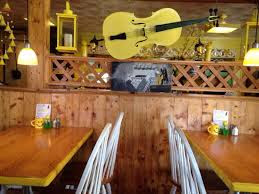 We had spent time after time sitting at the dinner table in small out of the way restaurants and diners enjoying the company of wait staff and local people as well as others traveling the off the beaten path.  Places with unlikely names like “The Yello Cello” and “The Farmer’s Daughter” and “Proud To be Hookers” (a rug hooking co-op).  We discovered gentleness, kindness, generosity, trust, interest, hospitality, grace and delightful humor in strangers wherever we landed.

Getting off the path, journeying through mountainous wilderness,  traveling miles and miles  through largely unpopulated and wild ocean landscapes, feeling the remoteness and isolation that comes with fog and rain and wind in strange places all sharpened our senses and our receptivity to the beauty of so many diverse human beings when we reached “civilization” again. 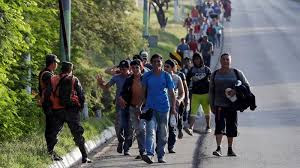 I came home wishing that this were the predominant experience of human beings wandering, running, walking, swimming, sailing their way through so many wildernesses to come to my country.  Wishing that warmth and hospitality, kindness and generosity and safety would be what they meet when they finally cross our borders.   As a country, will we find our way to being the kind of land that listens to the ancient challenge: “I was a stranger and you welcomed me; I was naked and you clothed me; I was hungry and you fed me; I was in prison and you visited me…”?

Our well beaten paths are so limiting.  Wandering in the wilderness, getting lost,  is life and consciousness  expanding.    Jelaluddin Rumi asks the provocative question: Why, when God’s world is so big, did you fall asleep in a prison of all places?