Letting the Light Come In 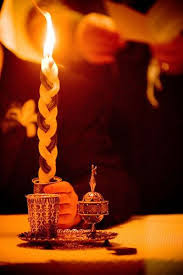 One of the most special moments of the Jewish week is Havdalah time. It is a simple gathering, celebrated most often in the home, marked by wine, sweet spices, and a gracefully braided candle of many wicks. The word means to distinguish, as in to separate. I prefer to think of Havdalah, however, as marking a bridge between Shabbos time and weekday time. More importantly, it is a bridge between the Sabbath that has just ended and the envisioned day that is all Shabbos, yom she’kulo Shabbos. I came to a new insight recently through the help of the Slonimer Rebbe and, even more, the help of all of the Thursday morning coffee shop Torah seekers with whom I learn. I found myself reframing a Havdallah custom of my own that I have followed for so many years. Even as I look ahead to Shabbos, I find myself also looking ahead to the bittersweet moment of Havdallah, waiting to bring in real time new insight into the embrace of the prayerfully familiar. 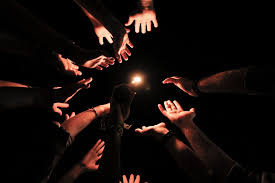 It is customary to do something upon saying a blessing, to at least symbolically join action with intention. At Havdallah, we sip the wine that marks the joy of Shabbos, joy that we hope will one day fill the earth and touch every heart, each one free to rejoice in their portion, free and unafraid. We smell the sweet spices and imagine the sweetness of Shabbos infusing the world all around, sweetness gently opening every heart, tenderness revealed from deep within. As in lighting the Shabbos candles with which this day apart begins, perhaps it would be enough, dayenu, simply to behold the light of the braided Havdalah candle, simply to take in the flame and its meaning, a flame that is fuller for its rising from many wicks interwoven, many flames become as one. In order to do something beyond the act of seeing, beyond beholding, there is a custom to extend one’s hands with the palms up, then to turn the fingers down and to see the light illumine one’s fingernails.

I have never been satisfied with that custom, never having found similarly deep meaning in examining my fingernails as in the customs associated with the other items. The candle itself is filled with meaning, the interweaving of wicks reminding of the greater light to be raised up when the many are joined as one. Indeed, we realize in making Havdallah that only by so joining together shall we get to the day that is all Shabbos. Working together remains the great challenge, our separation from each other a barrier that can block out the light. So too, the depth of pain in the world all around us and in our own lives or the lives of those close to us can become a barrier to seeing the light as it rises from the many wicks of the Havdallah candle. 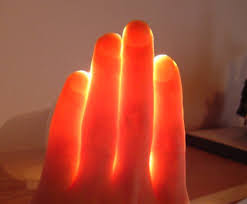 At some point, no longer remembering when or how it came to be, I simply held up my hands as though, God forbid, to block the light of the Havdalah candle. And then I opened my fingers, just a little at first, and then wider and wider, allowing the light to come though, then turning my hands down and allowing the dark and light of life shadows to dance upon the palms of my hands. That remains my custom each week, at that moment of transition and bridging, pausing to behold the light of Shabbos, allowing it to shine through all of the barriers that beset us, in the world and in our own lives. It is a moment when light truly shines through brokenness because we allow it to. It is a moment in which rays of hope point, nevertheless for all that besets us, toward the day that is all Shabbos, time of Mashi’ach/Messiah, time of swords turned to plowshares and spears to pruning hooks. 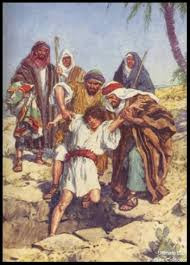 The weekly Torah portion, Vayeshev (Gen. 37:1-40:23), is set amidst so much pain, so far from that time of wholeness. As the saga of Yosef and his brothers unfolds, a family is torn apart. Thrown into a pit by his brothers, Yosef is drawn out by a passing caravan of merchants and is brought down into Egypt and sold as a slave. The eldest brother, Reuven, had planned to rescue Yosef and return him to his grief-stricken father. Judah had sought to save Yosef with less magnanimity, suggesting that the brothers themselves sell him as a slave, thus to derive some profit rather than to kill him. After the incident at the pit and the beginning of Yosef’s cruel journey, there is an interlude in the saga that will soon be resumed. Yehuda goes off to find a wife. That mysterious telling begins with the words, va’y’hi ba’et ha’hi/and it came to pass at that time… (Gen. 38:1).

In the strange unfolding of Yehudah’s tormented journey, he does find a wife, and the light of the Messiah is imperceptibly sown. Of three sons with his wife, the first two die, followed then by the death of his wife. Each son had been married to Tamar, to whom he had promised his third son in due time, a promise reneged upon, fearing lest the younger one should die as well. Going off again, seeking comfort this time, Yehudah has an affair with a prostitute, who, unbeknownst to him, is in fact his twice-widowed daughter-in-law, Tamar. 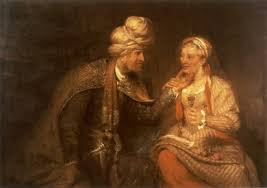 Discerning glimmerings of light beyond, through choreography meant to insure an enduring bond to the family, albeit through the father, Tamar gives birth to twin sons. One is named Peretz, meaning “breach,” and the other is named “Zerach,” meaning “ray of light.” Through the breach, light will shine. It is the light of the Messiah that God was preparing, for with Peretz, as enumerated at the end of the Book of Ruth, begins the line of David, from which will come the Mashi’ach. Through the cracks of a family’s shattering shines the light of redemption. 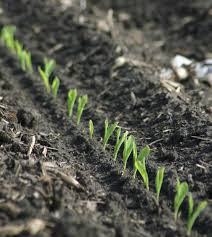 From the midrash that imagines what came to pass at that time, the Slonimer Rebbe draws from its themes of national and collective redemption to help us each see the light that shines through the struggles of our own lives. He teaches that before there can be new blossoming there needs to be furrows into which seed can be sown. Looking to the painful context in which we here encounter Yosef and his family, the Slonimer himself wrestles, as we do, and suggests that the cracks in the life of this family are the very furrows in which the light of the Mashi’ach might be sown and then blossom. Interweaving the brokenness of people and the brokenness of the world, each reflected in the other, the Slonimer teaches that the broken and scattered heart will not be scorned/lev nish’bar v’nidcheh… lo tivzeh, for this is the foundation of renewed blossoming/she’ze’hu ha’yisod l’tzmi’cha m’chudeshet. Of another rebbe, it is what Leonard Cohen (his memory be a blessing) teaches: “There is a crack, a crack in everything, that’s how the light gets in….” 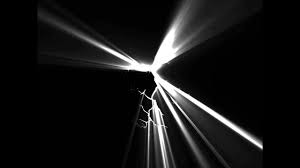 May we behold in every season the light of the Havdalah candle and of every gentle flame that beckons, and through all the barriers that beset us may we open up our fingers and let the light come in.