It CAN Happen Here (or Reclaiming the Rainbow Connection)


I belong to a church that practices “extravagant welcome.”  Each week the pastor extends a welcome to all who enter the sanctuary, regardless of age, gender orientation, race, or level of religious commitment.  It is a joy to be part of a church community that strives to be the people of God. 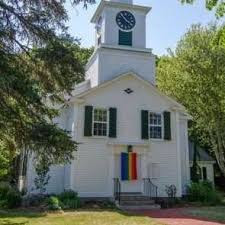 Last week the church choir was rehearsing in the parish hall when two strangers came into the building.  They were curious about the church and asked to see the sanctuary.  In the spirit of welcoming, one of the choir members invited the men in and escorted them into the sanctuary, telling them a bit about the history of the church.  There were questions about the rainbow flag that adorns the front door of the building.  And then there were comments about what the flag means and how a truly Christian Church should not be displaying that flag.

The choir member, taken aback, tried to continue the conversation about the life of the church community when other comments and questions began to surface: “Isn’t this the church that has a close relationship with the synagogue?”  “Christian churches should keep their people in the church.   Why do they associate with Jews?”

It is hard to know whether the graceless questions and comments were simply two people expressing opinions and views or whether there was something deeper and darker behind the unexpected visit.  Given the social and political climate in which we live, the incident evoked anxiety and a sense of threat in both the Christian and the Jewish congregations.
“Surely this can’t be happening here!”

Another small congregation wrestles with the decision about whether to fly the rainbow flag, to publicly identify themselves as a “welcoming congregation.”  The process of concerted discernment  has been activated by their denomination’s recent decisions to refuse ordination to “practicing” homosexuals, to prohibit their clergy from performing same sex marriages.

One sentiment says “No” to flying the flag because it represents a “political” stance  and "politics and church don’t mix."   Another sentiment says “Yes”.  Flying the rainbow flag tells the world something about who we are as a committed Christian community.  Still other voices say “We will leave the church if the flag is displayed” even though the congregation loves its gay members who are fully included in the administration of life of the church. 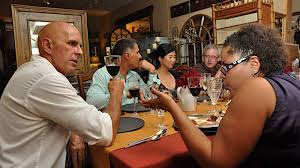 Meanwhile conversations about security in church and synagogue dominate dinner hour and parking lot conversations.  An unease, not quite fear yet, has crept in to our community life - - security cameras?  Doors locked during services? Police presence during religious events?   Our small community is a microcosm of  the anxiety and conflict that creeps about like a dense fog in the broader world.  We can no longer live with the illusion that “It can’t happen here.”

Did the two strangers truly represent an implied threat? Or were they simply socially inept?  We may never know.  The tragedy is that their inquiries immediately sparked anxiety and concern and the need to take some kind of protective and defensive action.

While the smaller of the two Christian congregations wrestles with whether the rainbow flag is a political symbol that transgresses their sensibilities about the overlap between politics and religion, I am moved to understand better for myself how it is a symbol for a certain spiritual, theological and biblical morality. 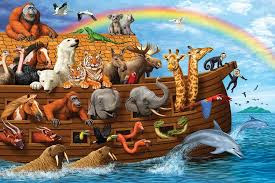 We do have, after all, a rich story of the blessing and promise that came with the sign of the rainbow after 40 days and 40 nights of a deluge that swamped all of creation because of the great disappointment it had become to the Author of Life.  We have the image of a great diversity of  life, crowded into an ark, living in close proximity into an uncertain future in the confined space of a floating vessel -not unlike an image of this small planet we all inhabit.

At the end of the deluge, the Author  makes a lasting promise to the humans in the ark:  “I have set my bow in the clouds and it shall be a sign of that covenant between me and the earth…every living creature of all flesh that is on the earth.”  The covenant?  “I will never again curse the ground because of humankind…” 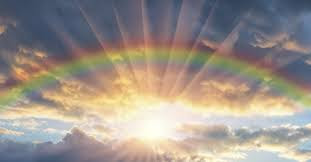 At the end of the crisis, a symbol of life and hope and perpetuity is given.  This holy blessing came upon an incredibly diverse (if snarky and unskilled) bit of human and animal life that would eventually repopulate the earth.  That is the theological notion.  The ancient myth is worth revisiting.  The covenant between God and humankind is a radically inclusive and  extravagant welcome to all of God’s brilliant and diverse humanity.

Viewed from this mythic perspective, the Rainbow Flag may be a spiritual  symbol of a divine moral imperative - it gets to the heart of  what a Christian or Jewish community is about as we strive together to fulfill the calling we jointly inherit - the call to be holy as God is holy. 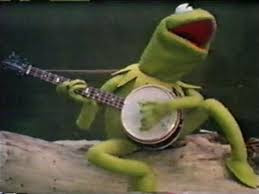 Melodies flutter in the dim folds of my memory - A young girl sings “Somewhere over the rainbow”… yearning.      A loveable green frog  sings of “the rainbow connection”…   A political symbol? - - perhaps inevitably… but first a symbol of hope, of love and hospitality in the face of diversity - - a symbol of the call to holiness - - wholeness.