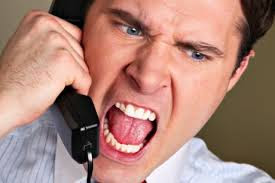 There was an article in the IDEAS section of Sunday's Boston Globe ( May 5, 2019) this week about anger addiction.  The writer described one man’s personality change as he was increasingly engaged in listening  to  radio programs of the Rush Limbaugh genre.  Frank Senko went from being a loveable, genial, ”hippie before there were hippies” type guy to being “irritable, cranky and irascible” - engaging in the habit of spending three hour “lunches” with Rush Limbaugh. His daughter shared: A man who’d made his children read for an hour before bedtime, who always told them that higher education was the most worthwhile thing they could do, became suspicious of universities as liberal incubators. A man who used to stop people on the street when he heard an accent he didn’t recognize to say hello now didn’t like immigrants or Hispanic people. A man who’d welcomed his children’s gay friends into his home “didn’t want it in his face” anymore.
For some time now -at least since the 2016 election, I have been monitoring my own responses to the level of anger I hear on the news, regardless of the station.  Irritability, adrenalin, and fatigue all seem to be the way my body responds to the ongoing expressions of anger and outrage that are a consistent part of our daily lives if we  are regularly part of “the listening public.”
Regardless of the source of the insult - Limbaugh or the White House or the commentary and spin - - indulging in anger seems infectious -perhaps even an addicted response that can change our personalities and our outlook on life. 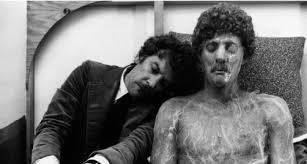 “He became a person we hated being around and we didn’t know. It was like that movie [Invasion of the Body Snatchers]: ‘What happened to Dad?’” said Frank Senko’s daughter. “It was a really horrible period of time for us . . . It was a nightmare, both my brothers blocked him, I blocked him.” Senko’s stomach clenched every time she thought of visiting. Her dad was angry all the time. And Senko knew exactly what was to blame: The steady drip-feed of outrage he listened to every day.
As I listen to the folks I encounter in the course of a week, I hear the stress, the irritability, the impatience.  I see the aggression and rudeness that come with anger in everyday social interactions, in the way people drive, in the insensitivity to and impatience with the needs of others.
Anger’s ubiquity, its stickiness, indicates that we get something out of it. Frank Senko’s anger had become a habitual response to perceived threats and cues, a repeated behavior for a specific reward that led him to abandon the values he’d taught his own children and isolate himself to simmer in the vitriol coming over the airwaves. Senko had another way to describe her dad’s behavior: “He was addicted.”
So -I am pondering the question of the right place of anger as a legitimate human emotion.  I feel as though it has become distorted and abused in some way.    Ephesians 4: 25-27 reads this way (NRSV): So then, putting away falsehood, let us speak the truth to our neighbors, for we are members of one another. Be angry but do not sin; do not let the sun set on your anger and do not make room for the devil.
Many years ago, I was taught that anger is an appropriate and healthy response to injustice, that it is energy that can be used to create change where change is needed.  Anger arising out of compassion and empathy may be the fuel that is necessary to engage in truth telling - the energy required  to encounter falsehood.  There are many things about which anger is the emotion we feel in order to energize ourselves to act in the service of  justice. 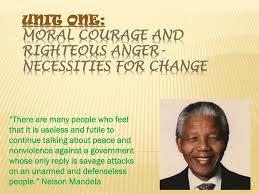 So what is the difference between the “Limbaugh” anger that seems to catch so many people in its addictive net and the kind of  anger that becomes the energy for creative change?  I wonder if part of the difference is that the kind of rage response that seems to hold so many people in its grip these days is one that only empowers and feeds on itself to permit an individual to feel larger, somehow - - more powerful- - simply by virtue of the effect that their rage has on other people around them. It is destructive anger which accomplishes little more than its own self perpetuation.  On the other hand, the anger of which Ephesians speaks is one that is directed toward rectifying wrongs and restoring relationships -an anger that does not permit falsehood but rather desires truth.   The anger in Ephesians is to be limited - not to survive the setting sun - and is not to be the source of discord and separation (making room for the “devil”) but rather the instrument of  building up a whole community in truth and love.

Frank Senko’s story had a happy ending to what his daughter described as his anger addiction:     But there is hope. You can quit anger. Senko’s dad did, before his death at the age of 93 in 2016 — with a little help. After his radio broke, he stopped listening to the talk shows; he and Senko’s mother started eating lunch together again. He stopped watching Fox News when they got a new TV and his wife programmed the remote with all her channels. And while he spent a week in the hospital recovering from kidney stones, his family quietly unsubscribed him from the right-wing emails he’d been getting.
“He became happy. And adorable. And we became friends again. And he and my mother got along really great,” said Senko. “The last couple years of his life, he was himself again, and we had him back.” 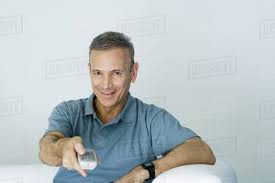 Unlimited and unthinking exposure to the destructive, sensationalist anger that emanates from the Rush Limbaugh and Fox News types of media is not good for us - pure and simple.  It affects our personalities and our responses to life around us.  Better, perhaps, to take control of the dial or the remote and fill our senses with reasoned consideration of the issues that come in moderated voice tones that do not activate the adrenalin and the rage response but rather may generate in us the response to act with compassionate anger in behalf of sanity and justice, truth telling and reconciliation.   From time to time we may need to ask ourselves  “What the heck am I listening to?  And why?”

Vicky Hanjian
Posted by Vicky at 8:14 AM