This Is Not What You Have Taught Us, Our Teacher


I wasn’t going to go there. I rebelled as it repelled. With much to struggle with in the weekly Torah portion called Ki Tissa (Ex. 30:11-34:35), and much to uplift, I was not going to go to its lowest point of encounter with Torah, with life, with God, with Moshe. It is with Moshe with whom there is the greatest struggle here. I have tried hard over the years to embrace Moshe, having once struggled with him, hard for me at times to seek out the teacher, Moshe as Rabbeinu/our Rabbi/our teacher, to feel at ease with him, comfortable asking questions, challenging him and still loving. And now there is this, anger worse than when he later hits the rock when asked by God only to speak to it, and of greater consequence, at least for others if not for him. 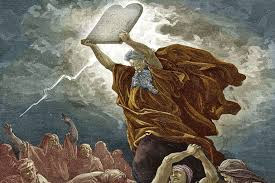 It is understandable that Moshe was filled with despair, even anger on seeing the people dancing around the golden calf when he comes down the mountain, the holy tablets held in his arms, as though stone of flesh pressed to the flesh of his body, embraced with all his being. Enraged at what he saw, he threw the precious tablets to the ground and they shattered, shards littering the space between him and the people, between the people and God. Those shards are holy for all time, reminding us of our moments of brokenness. They too are to be placed in the Holy Ark along with the whole tablets for which Moshe will return to the mountaintop. It had all begun so hopefully at the beginning of the portion. There is a census, each of the numbered ones to give half a shekel, the rich shall not give more and the poor not less, equality underscored, each but a half without the other. In the giving, there shall be no dying among them, each one numbered, each one important, each one counting. A census initially for those going into battle, there is atonement in the giving, in the counting, atonement for killing, as though such atonement is possible, yet in the illusion of such atonement an expression of horror for what it means to take a life, even the life of a presumed enemy. We extrapolate from the teaching of the half shekel, opening it up, remembering that all are created in the image of God. Every life counts in our striving to be whole, each one needing the other. 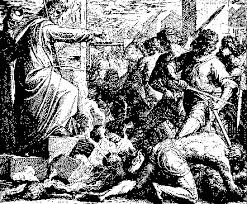 And then we come to the verses that I so wanted to avoid but couldn’t. By going where we don’t want to go, by engaging with challenges we would prefer not to face, in Torah and in life, we learn about both, Torah and life, and about ourselves. After shattering the tablets, Moses called for all of those who are for God to gather around him. The tribe of Levi gathered. Moses commanded each one to put a sword upon their thigh and to go through the camp killing all who had worshipped the golden calf, let every man kill his brother, every man his friend, every man his kinsman… (Ex. 32:27). As the horror ended, in the aftermath of this paroxysm of violence, some three thousand were dead.

How does such horror unfold? How can people carry out such violence? These are the same questions we ask when we read or hear the day’s news. How? Why? Struggling with these questions in the controlled context of Torah, as we are meant to struggle, we learn to struggle with the same questions as they assault us in the world.

Then we come back to the beginning of the verse, when Moses calls the people together and the tribe of Levi gathers. Moses says to them, ko amar ha’shem/thus says God…. And then we look, and we look again, and again, and we realize that God has not spoken of this, that God has not told Moshe to so hideously command the people. And then I realized why I had to go there, to come to this verse that repelled me, precisely in order to rebel, to cry out, to say no, that is not what God said, not then, not now. There are commentators who justify, who see the command as implicit, such killing, God forbid, as a cleansing after the sin of the golden calf. It is not dissimilar to justifying and rationalizing violence in so many realms of our lives today, too often avoiding our own complicity. It is hard not to see the slaughter, as other commentators do, as vigilante justice, as what amounts to extra-judicial killings. 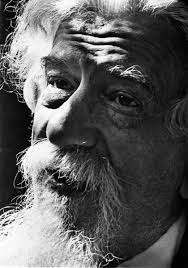 Only in entering the “harsh passages” of Torah, as Rabbeinu/our teacher Heschel so aptly calls them, do we learn to wrestle with violence and learn how to transcend violence, first in Torah, and then in life. Bravely entering the places we would prefer not to go, we encounter others who struggle, learning from their wrestlings, joining ours with theirs across time and space, becoming a timeless movement for justice, peace, wholeness, and gentleness, finding with their help our own voice with which to cry out, to challenge.

The voice of a teacher thunders in disbelief from the school of Elijah, so carried as though to be registered as a cry of protest in the work of midrash called Tana d’vei Eliyahu/A Teacher of the School of Elijah:

I call heaven and earth to witness before me, that the Holy Blessed One did not say to Moshe to stand in the gate of the camp and say, ‘whoever is for God come to me, and let each one put their sword upon their thigh and let each one kill their brother, and their friend, and their relative;’ and he said ‘thus says God, the God of Israel….’ Rather, it was Moshe himself who so judged and said in his heart, ‘if I say to Israel that each one should kill their brother, their friend, their relative, Israel will consider and they will say to me, ‘this is not what you have taught us, our teacher/lo kach limaditanu rabbeinu’ (Tana d’vei Eliyahu, Seder Eliyahu Rabba 4:1).

And even if God had said it, then as well to remind, “this is not what you have taught us, our teacher!” Fittingly, drawing on an ancient legacy of protest, the midrash from the school of Elijah appears in commentary to the Torah portion Vayera in which Abraham challenges God (Gen. 18) not to destroy the innocent with the guilty in the violent cities of Sodom and Gomorrah, our ancestor’s words amplified by the teacher in the study hall of Elijah and come to us, “shall the judge of all the earth not do justice?!”

It is, ironically, or perhaps by intent as counter balance to remind, that in the very portion of Ki Tissa God reveals to Moshe God’s true essence: Hashem, Hashem/God, God, Kel rachum v’chanun/God who is merciful and compassionate, long suffering, and abounding in loving-kindness and truth… (Ex. 34:6). Confident in what we have learned, in the spirit of father Abraham and a long ago teacher in the school of Elijah, we therefore say even to God, lo kach limaditanu rabbeinu/this is not what you have taught us, our teacher.

It is from that confidence in what we have learned from God, from Torah, from Moses, from our own experience, that Rabbeinu Heschel speaks of our approach to the “harsh passages,” those “which seem to be incompatible with our certainty of the compassion of God. In analyzing this extremely difficult problem, we must first of all keep in mind that the standards by which those passages are criticized are impressed upon us by the Bible, which is the main factor in ennobling our conscience and in endowing us with the sensitivity that rebels against all cruelty…” (God in Search of Man, p. 268). He reminds us that the “harsh passages” do not represent abiding values, that they are not prescribed as a way of behavior, “that they stand in sharp contrast with the compassion, justice, and wisdom of the laws that were legislated for all times” (ibid). 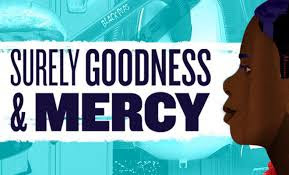 In this spirit, the Slonimer Rebbe teaches: concerning every matter that one rises to do, one needs to discern whether it is good in the eyes of God…; and in all of our deeds, we need to weigh, ‘what is the will of God in this?’ So a person is able to attain and to know in themself in the way of the teaching nishmat adam t’lamdenu/so shall a person’s soul teach them… (N’tivot Shalom, Par. Mishpatim, p. 183-184). Infused by the essence that we have suckled from Torah, and inspired by our teachers when teaching in that spirit, so shall our souls teach us to know and to do what is right and good.

Through the words of a long ago teacher, there is ironic hope in Moshe’s recognition that the people have integrated the very teaching that he himself would violate. Such is the power of the people to remind leaders of what God most wants when a leader turns from the path of righteousness, justice, and decency. We need to have enough grounding and faith in the very Torah that we learn and love, and so for each people’s holiest books and highest ideals, to know how to challenge from within whatever violates its own ideals and ultimate values. Entering the harsh passages, we learn to struggle and to look deeply at who we are and are meant to be. We look at the values that have shaped us in our core and given expression to the ideals that define us as a people, for which we have been known in the world. We learn from the very sources of our ideals, from our texts and their teachers, to know in our souls when the essence of the sources themselves, and of their Source, is violated. We know from all the way back when God’s spirit is violated, even by God, from that gentle beginning when the breath of God hovered over the face of the waters. In that knowing, so shall we have the courage to say when necessary, this is not what you have taught us, our teacher/lo kach limaditanu rabbeinu.

Rabbi Victor H. Reinstein
Posted by Vicky at 8:45 AM