At The Southern Border - "A Laboratory of Injustice, A Landscape of Hope"

Part 1
“A Laboratory of Injustice" 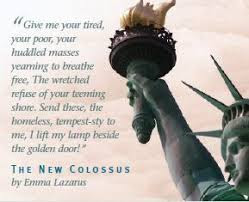 I returned recently from El Paso, so much in the news lately. There is an emergency at the border, but not the one trumpeted from the White House. The emergency at the border is the emergency faced by so many suffering human beings fleeing violence and poverty, desperately seeking refuge. It is the emergency faced by those who believe that America still stands behind the words of a Jewish poet emblazoned on the Statue of Liberty, “Give me your tired, your poor, your huddled masses yearning to breathe free….” It is the emergency faced by all of the caring and righteous people who are doing their utmost to help those who suffer. My mind is flooded with images that come on a flow of tears. My heart is breaking from what I saw in just a few days, traveling to witness and to bear witness with T’ruah, the rabbinic call for human rights, and HIAS, the venerable organization that was founded to help Jewish refugees when no one else would, now an organization that is acting from that memory to help all refugees.

I returned feeling overwhelmed and exhausted, wondering at the physical, emotional, and moral stamina of those who work with migrants every day. Images and vignettes come to me, fragments of thoughts that swirl, some telling of the heartache and some of the hope. In the brokenness of my heart there is a silent space from which I seek to hold and to hope, to search out the ways in which we are called to act in response to a moral emergency. 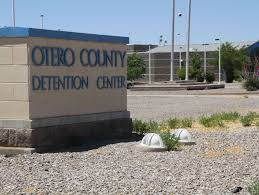 In the way of the Haggadah, as the rabbis taught, we begin the telling from a place of shame and move toward the praiseworthy, matchil big’nut u’m’sayem b’shevach (Mishna P’sachim 10:4). So we began with a visit to the Otero County Processing Center, a place of shame, a privately contracted prison in New Mexico. The very idea is scandalous and revolting, that a corporation is profiting from the misery of human beings. We were led on a tour of the prison by the warden herself, along with a chaplain and an ICE agent, all clearly wanting to show us how well they do in caring for those incarcerated there, clearly wanting to show their professionalism. We could see men in chains being processed. The warden simply opened the door to dormitory rooms, no knock, of course, no regard for the dignity of those inside. Before leaving one room, I asked the warden to please say in Spanish to the men we had intruded upon that we thank them. She looked at me quizzically, but she did say it to them. We waved to the men we passed, giving thumbs up. I tried to make eye contact with as many as I could, touching my heart, extending my hand. 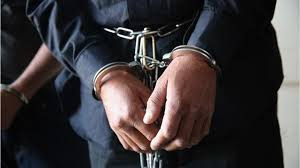 The motto of Otero is “BIONIC,” for “Believe It Or Not, I Care.” I don’t believe it, not for a moment. I was filled with the awful sense of Hannah Arendt’s description of the work done for the Nazi state by “good Germans,” the banality of evil. Hardly a new question, I wondered about those who carry out the cruel policies, the jailers, the judges, the border guards. I wondered how they sleep at night, how they hug their own children. I wondered how buried within themselves is the spark of their own goodness that waits to be called forth.

We saw among these ordinary people, presumably otherwise good people, an amorphous allegiance to the state that blinds eyes and heart to the desperate needs of human beings standing before their very eyes, placed by circumstance into their control. At the same time, in its cynical manipulation of language and policy, referring to “illegal” migrants, illegally moving U.S. border guards onto Mexican soil, we saw how the government itself shows no allegiance to the very laws that are meant to reflect the more humane principles upon which this country’s moral survival depends. I thought often of the challenge set forth by Rabbi Samson Raphael Hirsch (19th century Germany) in his Torah commentary to Exodus chapter 23, verse 9 on the Torah’s oft repeated exhortation not to mistreat or oppress the stranger: “The treatment accorded by a state to the aliens living within its jurisdiction is the most accurate indication of the extent to which justice and humanity prevail in that state.” 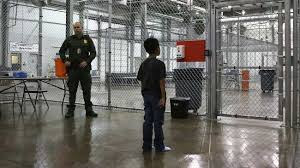 Approaching Passover, I thought again, and so many times over, of the Haggadah, of our own story of suffering and liberation, of a desert journey to freedom. I thought of the suffering visited upon children in the story, of the children in the Haggadah, of our own children at the Seder table as we visited a privately run children’s home. There seemed to be a genuine sense of caring for the children among the staff, but how to balance caring and the policies that have resulted in the incarceration of children, children without their parents, trauma on their faces, not free to leave, not free to be children? 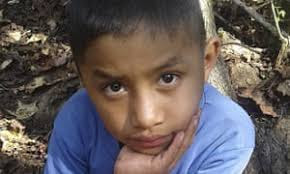 I keep seeing the face of one child, a boy of fourteen sitting in the back of a classroom, soft, shy eyes; short, curly black hair, an unformed question on his lightly pursed lips, as though asking so many more than four questions, why, a hundred times, why? As I try to hold this child’s face, it merges and becomes one for me with the face of a Holocaust child that stares at me weekly from a page in a small book of Shabbos table songs and blessings. I imagined his longing for his parents, of his parents’ longing for him. I wondered, as he must, of their whereabouts; wondering if and when they shall be reunited. I wondered if he would be for me this year the simple child or the child who does not know how to ask.

Turning the hearts of the parents to the children and of the children to the parents, Elijah’s presence at the Seder tells of the ultimate turning, the flowering of a world filled with peace and justice. In the journey from the shameful to the praiseworthy, we encountered some of the most righteous people I have ever met, people who are doing the work of Elijah. With little time to ask of why or when, they do all in their human power to lovingly assist the thousands upon thousands of people who come seeking asylum, seeking shelter, most of whom will never find a place in America to call home, but who now need a roof, a bed, food, and comfort. The finest of Catholic faith is expressed by these saints, by these people who struggle daily to meet overwhelming human needs. 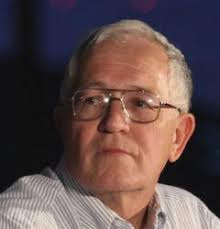 We would call them tzadikim/the righteous ones, people such as Reuben Garcia, who has directed Annunciation House for more than forty years.  On the back wall of the room in which we met with Reuben is a large crucifix formed of wire boxes attached to each other. In each box that forms the cross is a pair of dusty shoes. They are shoes that were worn by migrants as they made their way through the 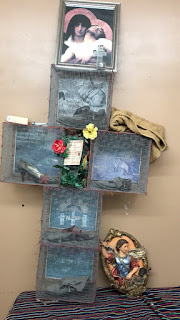 desert. Staring at the shoes, I could only think of the piles of shoes stacked in the concentration camps, there where the journey ended for so many of our people.

Ed.note: Part 2 will be posted as tomorrow's blog