Recognizing the Possibility of Common Ground


I cringed as I read the first letter in an online exchange, sharp in its tone and hurtful in its misunderstanding and characterization. Unexpectedly, differently, but equally pained, I cringed as I read the second letter, a response to the first. It too was sharp in its tone. I imagined how it would be hurtful to the writer of the first letter in its own perceived misunderstanding. I had expected to be soothed by the second letter, knowing that in principle I shared the views of its writer, knowing that we shared similar pain in response to the first letter. I hold the awareness, as well, that I too may be unfair in my critique and judgment. 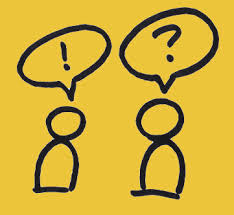 Such a swirl of feelings in regard to conflict is good, helping us to take stock and consider the ways of our response in the face of difference and its expression. So we pause, even if after the fact, and ideally in the future before pressing send, to reflect on the dynamics within ourselves and in relation to the other. In that place of pause, the first challenge is to clarify the goal of our engaging with the other. That will determine the nature of our response.  Is the goal and reason for our response to vent and rage, to express our own hurt at another’s insensitivity? At times such response may seem needed for the sake of moving others. And yet, it will rarely move anyone who is not already of similar mind. That leads directly to the other possibility. Or, is our response meant to change the other, to move them from what seems to be an entrenched position by moral suasion and the power of sharing lived experience? 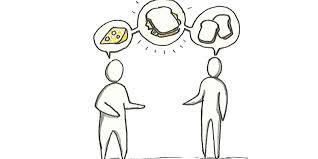 If the goal is to change others in order to create a more just and caring society, to bring the other along with us, then the first step is to find common ground wherein we might meet and seek a way forward together. It is the way of nonviolence expressed in the ordinary unfolding of our lives in relation to others. The goal, therefore, is not to demean and diminish the other, but to raise them up so that we might look directly into each other’s eyes. There are times, such as in the face of entrenched evil, or of explosive hate waiting to erupt, when the focus needs to be on those not yet involved in the struggle, whether for fear or apathy.             Our task then is to create allies with whom to counter evil, rather than to focus on the evildoers themselves. This was hardly the case in regard to the writer of the first letter. There was clearly common ground between the two writers, shared experience and shared language in regard to a common endeavor requiring great commitment by each. The common ground begged to be trod, a place where a meeting might have happened in which change might have been gently nurtured. For all of the nastiness in the exchange, there were surprisingly fine lines of difference between the letters, and ironies of similarity to be brought out, to be given shape and offered as loving challenge. 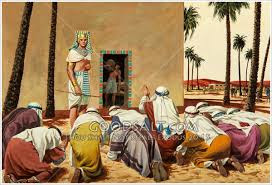 It is just such a fine line in the weekly Torah portion called Miketz (Gen. 41:1-44:17), that lies between Yosef and his brothers and speaks to the grammar of engagement. Yosef has risen to be viceroy of Egypt, second in power only to Pharaoh. Following seven years of plenty, in which, according to Yosef’s plan, the granaries of Egypt have been filled with grain, famine has now gripped the land and the entire region. Yosef’s brothers, sent by their father, have now come down into Egypt among the hungry masses seeking to buy food. In a dramatic moment when dreams from the past flood the screen as flashbacks, the brothers now in reality bow down to the viceroy, unbeknownst to them as the brother they had long ago thrown into a pit and given up for dead.

The Torah captures the tension of the moment and makes it our own, bringing us to ask what we would do. Is this to be a moment of revenge, of attacking the other in kind? Or is it to be a moment in which to pause and consider the way ahead, to reflect on what will allow for transformation and repair? We are told simply, when Yosef saw his brothers, he recognized them. But he made himself a stranger to them (Gen. 42:7). The tension between recognizing and making himself unrecognized is held between two words that appear in the Hebrew in quick succession as one phrase, va’ya’kirem va’yit’na’ker/he recognized them, but he made himself unrecognizable to them. 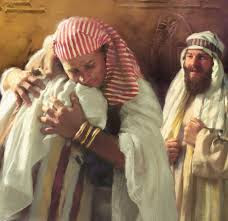 In Hebrew, the words to recognize and not to recognize are formed of the same root, NaCHaR. That is how fine the line is between knowing and not knowing someone, between recognizing and not recognizing the other for who they are. Yosef puts forth a plan by which to test his brothers, by which to determine if indeed they have changed from who they were when they threw him into the pit. It is not for the sake of revenge, but for the sake of change, seeking to reweave the family bond with honesty and hope, allowing long estranged brothers to embrace once again. 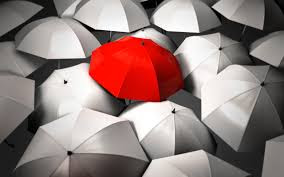 Standing in the narrowly demarcated space, it is the fineness of the line between recognizing and not recognizing the other with which we are given to wrestle. It is the fineness of a line that we are given as a thread to weave into the fabric of our own lives and struggles with people. Speaking to fine lines of difference so easily magnified, Rabbi Samson Raphael Hirsch looks at the grammar of engagement as it plays out between Yosef and his brothers. Of this phrase whose tension we inherit, va’ya’kirem va’yit’na’ker/he recognized them, but he made himself unrecognizable to them, Rabbi Hirsch writes, “Apparently two contradictory meanings of the one and the same root, NaCHaR: to recognize and to be strange to. But only apparently…. We only recognize an object by making it singular, separating it out from everything else. The more signs of difference we see in an object, the more specially do we recognize it….” Our differences can become, in effect, ways of singular connection, a bridge to common ground.

In the way that differences jump from a letter, from hurtful words both written and spoken, and in all the ways of our interactions with others, may we become attuned to reading between the lines and recognizing the possibility of common ground. In the very differences that so upset us in relation to another, may we see the possibility of recognition and reunion.