Paul's Open Letter to the Empire 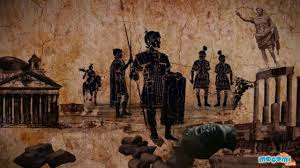 Arguably there are strong and disturbing similarities between what is happening in the United States today and the gradual transition of Rome from a republic in the sixth century BCE to an imperial order governed by an emperor in the first century BCE. During this long and turbulent history, strongmen rulers inspired personality cults; senatorial ineptness and personal avarice compromised democratic institutions; and, the demands of an expanding empire taxed both the resources and the will of the republic. It is not a foregone conclusion that our republic will suffer the same fate. Our democratic institutions and traditions may yet prevail over personality cults, the influence of dark money, the global reach of US militarism, and the threats posed by global warming. But the parallels are worrisome. I argue below that the resemblances between then and now make Paul’s letter to the Christians in Rome especially timely.
Paul’s letter to the Romans, most likely written sometime between the year 54 and 58 CE, is often interpreted as a letter of self-introduction in which he set forth his theological positions. It is also read as a defense of Gentile Christianity against Judaizing influences. Yet another theory finds Paul offering a Christian theology of the state, sometimes referred to as the “two kingdoms” theory.
What all the above named schools of interpretation have in common is that they make Paul into a social conservative. They dull whatever political edge his counsel carries. As a result, the revolutionary Paul who endured numerous arrests, beatings, and imprisonments, and who was eventually executed by the state, is buried under a mound of theological tomes. Fortunately, today postcolonial biblical scholars are bringing us a more radical understanding of Paul’s letter to the Romans as a message of glad tidings of good news to people who are oppressed. I am indebted to these scholars for today we need this radical Paul, who counsels resistance to the empire.

While the Romans generally tolerated religious diversity, the aristocracy long regarded Jews with suspicion and contempt. The lower classes resented the parasitic Roman tax policies that privileged Jews, and they blamed Jews for the high taxes they had to pay. Anti-Jewish propaganda circulated throughout the empire from the time of Augustus onward. Sometime between 41 and 53 CE, the emperor Claudius banished Jews from Rome, in part because they rebelled against a tax he levied on them. Nero rescinded this policy when he became emperor in 54 CE. The Jews and Jewish Christians who returned to the city were very likely a wretched lot with great needs and meager resources. It may well be, as postcolonial scholars suggest, that this is the situation that necessitated Paul’s letter to the Romans. So understood, Paul was not writing to defend Gentiles against Judaizing influences, but just the opposite. He was encouraging a congregation that was threatened by external pressure and internal division to stay together. I argue below that an ethic of mutual obligation, literally an ethic of “one-anothering,” is one of the central themes of this letter and a core strategy of resistance to the empire. 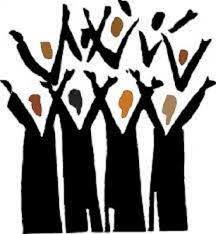 Paul begins this letter by identifying himself as “a servant of Jesus Christ, called to be an apostle, set apart for the gospel of God . . .” (Rom. 1: 1, RSV throughout). The translation “servant” is a bit misleading. A more accurate translation is “slave.” Paul calls himself a “slave of Jesus Christ,” thus defining not only his relationship with Jesus, but also his solidarity with the lowest class of people in Roman society. Noteworthy, too, is the word “gospel,” meaning “glad tidings.” “Gospel” is a term the Roman military used when sending the emperor glad tidings of victory from the front lines of battle. Paul’s use of the word “gospel” is, thus, a direct challenge to the militaristic “glad tidings” of the empire. Paul’s first sentence puts the Christian community on the front lines of struggle against the empire.
The contrast between the Way of Jesus and the way of the empire is sharpened by the claim that Jesus was “designated the Son of God . . . by his resurrection from the dead” (Rom. 1: 4). Since Octavian, Rome’s first emperor, had been given the title “Augustus,” (Reverend/Highly Honored), the Roman imperium claimed that it had established a new world order, with itself as the only superpower. Octavian and those who followed were acclaimed “Saviors” of the world. Spires and temples honoring the emperor were erected in prominent places throughout the empire. But Paul charged that the empire was a culture of death, responsible for killing Jesus, who was raised from the dead by God. Those who “belong to Jesus Christ” (Rom. 1: 6), belong to a culture of life. The difference between the Way of Jesus and the way of the empire is clear and unequivocal.

Later, in Rom. 1: 18 - 32, Paul vividly describes the Roman culture of death as a culture that is ruled by “dishonorable passions” (Rom. 1: 26). Contrary to what is commonly alleged, in these verses Paul is neither launching into a diatribe disparaging human nature in general, nor condemning homosexuality as a sin. Rather he is denouncing the practice of turning human beings into sex slaves, and even more broadly he is condemning the practice of human trafficking sanctioned by imperial power and the aristocracy. He alleges that people who claim to be “wise,” are, in truth, “futile in the thinking,” because “they have exchanged to glory of the immortal God for images resembling mortal man or birds or animals or reptiles” (Rom. 1:23). Simply put, the sin of idolatry manifests itself in the disparagement of human dignity. Positively stated, the measure of a good society is not the wealth of the few, but the well-being of the many, especially slaves and the marginalized. A good society honors the image of God by protecting human dignity and nurturing healthy communities. A moral society promotes a culture of life for all people.

Paul not only exposes the callous cruelty of the empire, he builds up communities of resistance by giving them encouragement and practical advice. We have to read passages like the following in this context: “In all things we are more than conquerors through him who loved us. For I am sure that neither death, nor life, nor angels, nor principalities, nor things present, nor things to come, nor powers . . . will be able to separate us from the love of God in Christ Jesus our Lord” (Romans 8: 37 - 39). Here, Paul is not denying the reality and power of the empire, but he is saying that a community rooted in the power of God’s love will find the strength to resist the pressures the empire brings to bear upon it.
Paul forthrightly addresses the theme of imperial power in Chapter 13, which I suggest it is best understood as a treatise in political realism. Christians in Rome would have remembered that Nero became the emperor after his mother fatally poisoned the emperor Claudius, and that Nero himself killed his own mother four years after he became emperor. They would also have remembered that Claudius had expelled Jews and Jewish Christians from Rome in the year 49. Therefore, the admonition to “pay taxes” (Rom. 13: 7) was more than a summons to good citizenship. Additionally, Paul may have anticipated future persecutions, which began in the year 68 with the Great Fire in Rome. At the very least, his message served to remind the congregation of the recent past and the power of the empire.
We might also surmise that Nero rescinded Claudius’s ban of Jews because it was politically expedient for him to have them in Rome. The presence of an unpopular religious minority provided a convenient “target” when Nero felt it was necessary to “fire up his base,” to use a contemporary phrase. Additionally, he may have anticipated that the return of the exiles would give him added leverage over both Jewish Christians and Gentile Christians. 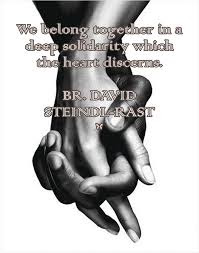 Paul’s response to this situation was to encourage a spirit and an ethic of “deep solidarity,” to use a phrase coined by Joerg Rieger, a postcolonial theologian. The following verse is one of many in which we find this ethic: “Owe no one anything except to love one another; for he who loves his neighbor has fulfilled the law” (Rom. 13: 8). I believe that the ethic of mutual obligation, the ethic of “one-anothering,” was then and is now a core element of the good news that kept and keeps the community together. The concluding chapters, in which we find an appeal for funds for “the poor among the saints in Jerusalem” (Rom. 15: 26), and recognition of fellow workers and prisoners in Chapter 16, is further evidence of the importance of the ethic of deep solidarity.
Before concluding this brief study of the letter to the Romans, I want to call attention to two additional passages. Paul boldly declares: “I am not ashamed of the gospel: it is the power of God for salvation for everyone who has faith, to the Jew first and also to the Greek” (Rom. 1: 16). Roman society functioned on a system of honor and shame. Honor is a statement of worth and an affirmation of a person’s value to others. The dynamic of honor and shame structures social relationships and institutions. Thus, Paul’s statement, “I am not ashamed of the gospel,” is a declaration of freedom from the Roman shaming culture of death. He is not ashamed to be a slave, because he is the slave of Jesus Christ, who has been raised from the dead by God. 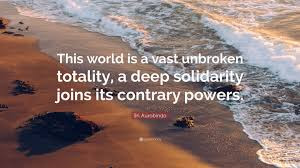 Lastly, I want to offer a reflection on the passage that is often called the centerpiece of the Protestant Reformation. We are “justified by . . . [God’s] grace as a gift . . . [through] faith in Jesus” (3: 23 - 26). There is a strong tendency in contemporary theology to reduce these words to a narrow framework of atomistic individualism and a personal belief in Jesus. But in the letter to the Romans faith in Jesus is evidenced by loyalty to and trust in members of the community of liberation who are opposed to the prevailing culture of death, and who are witnessing to a culture of life, a cultural of mutual obligation, a culture of “one-anothering.” Faith is made real through the practice of deep solidarity with members of the body of Christ.
Against all common sense, Paul had the temerity to tell Christians living in Rome in the first century that Pax Romana (the peace of Rome), was a culture of death to be resisted at all costs. The basis of resistance, he counseled, was the love of God revealed in the resurrection of Jesus from the dead, which made possible the creation of a new order based on an ethic of mutual obligation. 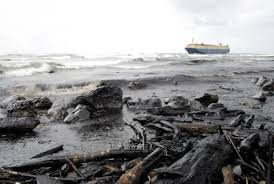 In these worrisome times, it is not a foregone conclusion that the republic of the United States will go the way of the Roman republic. Our democratic institutions and traditions may yet prevail. Likewise, it is not a certainty that Christian communities in the United States will have the wisdom and courage needed if we are to follow Paul’s wise counsel. But we know this simple truth. Creation is groaning in travail and standing on tiptoes of expectation (Rom. 8: 22), eager to see how followers of the Way of Jesus will answer the call.
Rev. David P. Hansen