A Teaching of Humility and the Rising of Hope 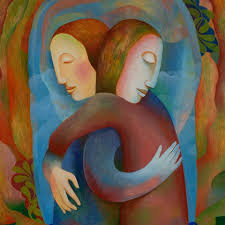 As I left the mosque, so many having come to offer comfort, I encountered an acquaintance I hadn’t seen for a while. He didn’t look well, so through word and manner I asked in the way of invitation of how he is doing, either to share or not as he wished. Our arms around each other’s shoulders, he said, “I’m tired, I’m weary.” That is probably how we are all feeling, personal struggles becoming one with struggles in the world, each of us feeling tired and weary. It can feel hard to respond to a question of how we are doing with much more than a sigh. To each other’s sigh, may we at least be able to say, amen/ameen and may that be the beginning of hope.

We have been here so many times before. We have cried so many tears. We have cried for Charleston. We have cried for Pittsburgh. We have cried for Orlando, for Sutherland Springs, for Newtown. Now we cry for Christchurch, New Zealand. We cry for so many other places too, their names no longer just of place, no longer distant or foreign, all now part of our own inner geography of grief. We have cried for children, for adults, for black and white, for Muslims, for Jews, for Christians, for Sikhs, for gay and straight and queer, for people cut down in all their innocent humanity by hate and by the guns that give ultimate expression and power to the haters. 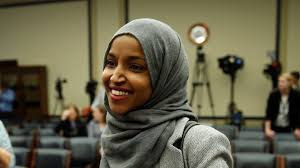 This was not what I was going to write about in the week of the Torah portion Vayikra (Lev. 1:1-5:26) and yet in a way it was, though I had planned a different framing. I had planned to speak about anti-Semitism and Islamophobia as the two have recently swirled in regard to Representative Ilhan Omar’s hurtful words that conjured age-old hatred of Jews. And of the fierce attacks against her as a Muslim woman from people with little true empathy for either Jews or Muslims. 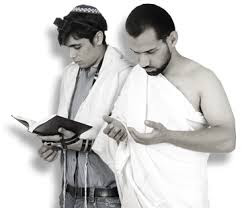 One of our greatest challenges is to realize the depth of that connection before it is too late, before we succumb hopelessly to the easily seductive call of “us and them.” It can seem easier sometimes to simply be right and refuse to engage with those who are wrong. In the synagogue my wife and I attended on Shabbat while visiting in Los Angeles, the service held in the gymnasium of a Jewish high school, there were many posters on the wall meant to make people think about that elusive yet inherent connection among us all. One of the signs said, “Speak as though you are right. Listen as though you are wrong.” While there may be limits to all such calls to reflect and consider the limitations of our own moral standards, there is nevertheless a basic truth in such a call to humility, in a call to avoid the hubris that so infects social engagement and inhuman politics today, and even the struggle for justice and humanity. 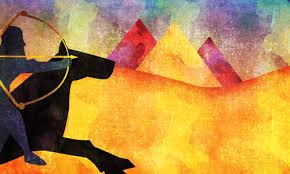 Returning home, the portion of Vayikra was also Shabbat Zachor/the Shabbos of Remembrance. It is the Shabbos that comes just before Purim, the second of four special Shabbatot that bring us to the month of Nisan and the journey to freedom. It is the Shabbos whose special Torah reading (Deut. 25:17-19) begins with the words, Zachor et asher l’cha Amalek/remember what Amalek did to you. Amalek is the desert chieftain who attacked us at our weakest, attacking our elders and our children at the end of the line of march as we left Egypt, bewildered and unsure. Amalek, ancestor of Haman, the Purim villain, becomes symbolic of evil. On this Shabbos we remember that there is evil in the world and consider how to engage with evil in ways that shall truly see its end and not in ways that shall unwittingly facilitate its metastasis. 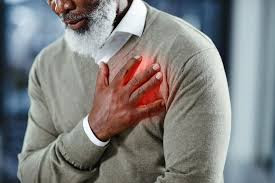 In its first word, in one Hebrew letter, the Torah portion Vaykra offers humility as a starting point for all that we would do, a place from which to begin. Vayikra/and God called to Moshe, is written with a small letter aleph at the end, as in VAYIKRa. It becomes a teaching about Moshe’s great humility. So too, in a hard time in his own life, it becomes a teaching about our teacher’s broken heart. The Slonimer Rebbe teaches that God called to Moshe from out of that which was broken and bent within himself/mitoch she’haya shavur v’shefel b’kirbo. It is the way we feel when personal struggles and those of the world all around become as one, making us feel tired and weary, unable to say more.

I was going to frame my original thoughts in the context of a story. Somehow the story still feels right, so I will share it, allowing meaning to emerge in its own time and way. It is a story about my own struggle to be present with hope in the face of another’s initial crudeness and disdain, to be open to the possibility of another’s heart opening and, indeed, that my own heart can just as easily be closed. 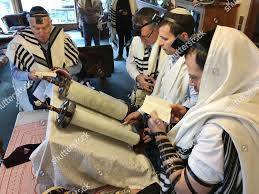 While in Los Angeles, I looked for a shul near where we were staying in order to say the Mourner’s Kaddish each weekday for my father. There was a shul at both ends of our street, one a bit larger and one seemingly more humble. I felt more drawn to the smaller one but the larger one was closer. The larger one also had a sign out front that suggested politics and affiliations that troubled me. Nevertheless, it was closer and so I that is where I went. The entrance was through a side door, the daily minyan in a small room to the side of the sanctuary. The deep sound of Ashkenazic East European prayer style touched me and drew me in. The people were sitting at a long table in the middle of the room. I hesitated, seeing where I might sit down among them. A man smiled and motioned me to a seat. I put on my talis and t’filin and joined them. As we came to the Torah reading, the rabbi came over to me and asked me to take an aliyah, my own Ashkenazic pronunciation of the blessings over the Torah making me feel at home among them. As I returned to my seat, people extended their hands to mine. 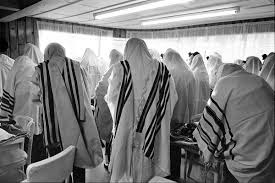 When we finished the morning prayers, people came over to me and asked where I was from. Some of the people spoke of their own connections to Boston, remembering long ago visits, a long ago job. A rather gruff man sitting on the other side of the table from me seemed to snarl. He spit out the word “Massachusetts,” adding “they’re all Communists there!” He continued, “what’s her name, what’s that woman’s name, a Communist…?” I was surely not going to fill his memory gap by saying Elizabeth Warren’s name. Now I knew my initial reasons for hesitating to come to this shul were right, what did I expect?

I hesitated to return, but in a hurry on Monday morning I did return, finding it more convenient to come to the nearer shul. The same man was sitting right across from me. We said nothing to each other during the service. At the end, as I completed the saying of Kaddish, the man said to me in his same gruff voice, “say it louder, you should speak up so that we can say Amen.” I was touched by his concern. After the service, he volunteered that his grandson was a student at Harvard, making me smile at the irony. We spoke a little about his grandson and about himself, a Jew from another world, from Afghanistan originally, someone who had known much violence, whether from Communists or from warlords.

As I placed my talis bag under my arm to leave, standing on opposite sides of the prayer table, we reached for each other’s hand. Holding my hand in his, the man looked me in the eye and quietly said, “God bless you.”
I cry now as I recall his blessing, the blessing of a man I had closed my heart to, a man who had convinced me that I had come to the wrong shul. Feeling so tired and weary now, as did my acquaintance who seemed unwell, as we all do in these days, the blessing of that man touches me with hope. Something so small does not take away a larger, encompassing pain.  It does not offer a political plan or global vision for change. And yet, in its essence it does offer a greater vision in its simple reminder of the small ways in which we can find hope in every day interactions, thereby encountering the point and the person from which change begins. The blessing of the man to whom I had initially closed my heart came to me at the start of the week of the Torah portion Vayikra, all held in the small aleph, a broken heart acknowledged, a teaching of humility and the rising of hope.