The Healing Imperative of Moral Anxiety 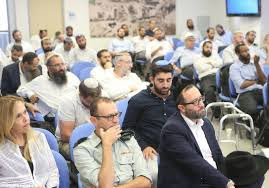 I was taken aback by the framing of the question, puzzled at its puzzlement to the point of being incredulous. The answer seemed obvious, held in the very web of factors presented to us. It was at a recent gathering of rabbis, whose programmatic title was: “The Age of Anxiety: What Rabbis Need to Know.” Clearly, anxiety is a serious mental health challenge, one that will always need caring and skilled intervention toward addressing the internal and personal dynamics of one’s own experience and chemistry. While this was part of the program’s focus, there was another dimension, and it was in the approach to that other dimension that I felt so troubled.

Referring first to the high incidence of anxiety among Americans today, the introductory material we received then went on to say: “Yet, ironically, we have fewer reasons to be anxious today than ever: Advances in technology, economics, medicine, and other fields make us more productive, connected, affluent, and privileged than any period in history. Why is the modern world such a ripe context for the development of emotional disorders, and more importantly what can we do about it? 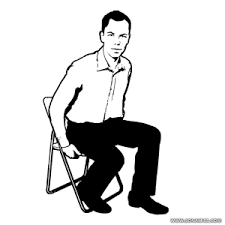 I sat at the edge of my seat for much of the talk, feeling distress, and, indeed, anxiety, as the presenter offered the same framing as I had read in the written materials. In the positing of a question that utterly ignored what is right in front of us, I nearly screamed, “the world is falling apart, how shall we not be anxious?!” It seemed so clear, that for so many people there is a painful awareness of the jagged edges of external reality as felt within themselves, that cuts to the quick of every tender, caring heart, of every heart that holds the world’s pain as its own. How not to feel anxious, for people and for the world, and for the fate of future generations that hangs in the balance? 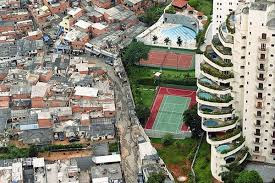 The presenter asked, “how many of you know someone who lives without plumbing, or who has never been on an airplane?” Struggling to contain my feelings, I wondered, does it really matter if I don’t know anyone personally without plumbing or without the worldly experience that was somehow assumed to mitigate anxiety? I thought about all of those who live in wretched poverty in this country and in so many places in the world, all part of the human family. I thought of all the migrants suffering at our southern border, their pain inflicted in my name. I thought about the intrinsic lines of connection that join us to each other, of the teaching that emerges from the very beginning of Torah, that all people are created in the image of God. How can I not feel anxiety in knowing how many in my extended human family live lives that are so filled with pain and struggle?

When the time for questions finally came, I couldn’t believe that what seemed so obvious was not addressed. As time went by and my hand seemed unnoticed, I felt like I would burst. Near to the end, as someone else pointed to my raised hand, I finally shared my distress, telling of the anxiety, as it were, that I felt in the disconnection between inner and outer worlds. I challenged the speaker’s suggestion of privilege as a bulwark against anxiety, pointing to it, rather, as the very cause for such collective anxiety. With privilege in regard to wealth and justice, to health and opportunity, to happiness and fulfillment, we come to be divided from each other as human beings. 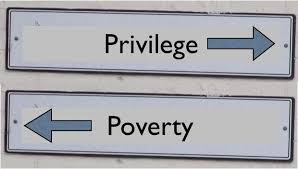 Privilege separates, even from those who are near and dear to us, each one caught up in their own pursuits. In the grand scheme, the environmental disasters that threaten the earth’s future are a consequence of privilege, of living without constraints, of living as though we can do whatever we want and take from the earth and others whatever will satisfy our own presumed needs. I thought of all those who feel so deeply the pain of the world, who struggle with such anxiety of conscience to respond with awareness of our own privilege to the profound disparities in relation to others. It is privilege itself that becomes the source of our existential anxiety.

Feeling the pain of others as a source of anxiety runs deep in Jewish tradition. In a very different context, not as a matter of privilege, but in regard to an intrinsic human bond that is frayed by privilege, we are challenged in at least two settings in the Torah portion read during the week of the gathering, the portion called B’shallach (Ex. 13:17-17:16), in regard to how we respond to the suffering of others. When the Israelites have crossed the sea and are standing on the far shore watching the Egyptian soldiers drowning in the returning waters, they couldn’t sing at first, the verses suggesting that they stood in dumbfound silence. A powerful Musar teaching notes the silence before song could arise: 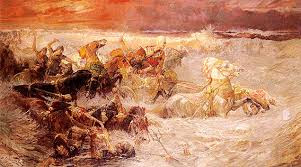 ‘And God saved Israel on that day from the hand of Egypt, and Israel saw Egypt dead upon the seashore.’ They had not yet uttered song, they had not sung their redemption song nor sung concerning the downfall of the Egyptians, for they were greatly distressed; for all this, how is it possible to sing and to rejoice with complete joy when seeing a great camp of human beings strewn upon the seashore, writhing in terrible agonies, the dead and the dying? 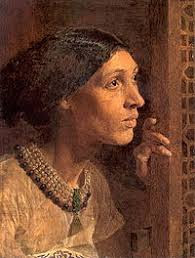 From much longer ago than nineteenth century ethical teaching, in the Haftorah of that week from the Book of Judges (4:4-5:31), the Philisitine general Sisera is killed, one who plundered, raped, and destroyed. Near the end of the Haftorah his mother waits for her son’s return, looking through the window, coming to realize that he will not return. The rabbis likened the sound of her weeping to the weeping sound of the shofar’s broken notes. From the weeping of Sisera’s mother, vat’yabev em sis’ra/and the mother of Sisera wept (Judges 5:28), Rosh Hashannah came to be called by its least familiar name, Yom Yabavah/Day of Weeping, honoring the universal cry of one mother whose son will not return.

Each of these cases offers an extreme instance of identification with the pain of others, even of those who would harm us. So sensitized to the breadth of human life, we are meant to feel anxiety at all harm done to others. In doing all that we can to repair the world in which we live is a path to our own wholeness. Activism is therapeutic, not only in its successes on behalf of others, but for ourselves. We are strengthened and given meaning in the empowering realization that we can do something about all that weighs upon our hearts. Holding in our hearts those without plumbing and benefits of privilege, remembering those who are knocking at America’s doors, those who suffer war and famine, holding with love the earth herself, so may our own souls and psyches be made whole, as we learn to breath through and act upon the healing imperative of moral anxiety.

Rabbi Victor H. Reinstein
Posted by Vicky at 7:52 AM