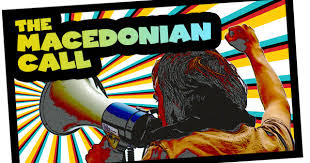 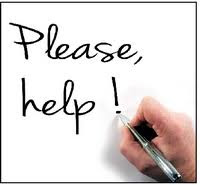 In these verses from the Book of Acts, Paul is in modern day Turkey when he receives a vision of a man, an angel some would say, standing on the shores of Macedonia calling to him and saying: “Come over and help us.” Paul and his colleagues immediately pack their bags and go to Macedonia. According to the tradition, this visit is the first time the Christian message is brought to Europe. Rome eventually replaces Jerusalem as the center of the Christian movement, and Europe becomes the center of the Christian faith.
Fast forward to 1492 when Columbus sailed the oceans blue. Christian kings and popes believed that they heard the Angel of Macedonia calling again. This time they wedded Paul’s vision and the summons to “come over and help us” with the Great Commission found at the end of the gospel according to Matthew, where the resurrected Jesus tells his disciples: “All authority in heaven and on earth has been given to me. Go therefore and make disciples of all nations, baptizing them in the name of the Father and the Son and the Holy Spirit . . . Lo, I am with you always to the close of the age” (Mt. 28: 19 -20). In other words, the church claims for itself the mission of spreading Christianity around the world to the end of time. 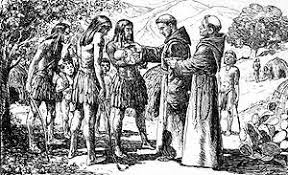 Fortified with these texts from Matthew and Acts, for the last 400 or 500 years Euro-American Christians have claimed that the mission of the church is follow the example of Paul, heed the call of the Angel of Macedonia and the words of Jesus, and go forth to civilize and Christianize primitive people, pagans and heathens, who are locked in darkness. When Christian missionaries went to the Hawaiian Islands and when they went to India they went to civilize and Christianize people whom they decided needed their help. When missionaries came to North America they said that the indigenous people were “wild animals” and “beasts.”
For all these long centuries the mission focus of the Christian movement has been to civilize and Christianize non-Christians. It has been a history of conquest justified in large measure by these two texts: the Great Commission to go into all the world and baptize everyone until the end of the ages, and by the vision of the angel of Macedonia standing on the shores of the New World calling to Christians to “come over and help us.” 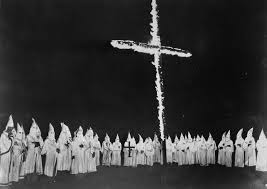 It is important for us to know this history. Even as it makes us uncomfortable, we need to know it. When we see white politicians wearing black face and Ku Klux Klan hoods, when we witness white supremacy, we need to know that there is a religious subtext to all of this.
A significant number of people, learning of this history, have said: “If this is what Christianity is, and if this is what the church is about, count me out. I’m done with it.” They are leaving the church because of its hypocrisy. But it isn’t that simple. We cannot just close the book, blow out the candle, ring the bell and walk away. Missionaries who came to civilize and Christianize non-Christians were acting in good faith. They believed that they were doing the right thing. There are Christians today who still believe that this is the right thing to do.
Those of us who want to change the story have to come to terms with this history--which is our history. Scott Momaday, a Native American author and scholar, says in one of his essays that “white Americans are willing to take on the burdens of oppressed people everywhere, but we are decidedly unwilling to divest ourselves of the false assumptions that impede our good intentions.” We need to divest ourselves of these false assumptions. In order to do this, we need to go back to texts like this passage in the Book of Acts and reinterpret it and give it fresh meaning. Let me share with you what I mean.
The Christian movement in Paul’s time was not Rome’s favorite religion. In the first and second centuries there were serious religious persecutions of Christians, so much so that a second century church leader named Tertullian was able to say that “the blood of the martyrs is the seed of the church.” Paul himself was in and out of jail many times. When he writes in Second Corinthians: “We are afflicted in every way, but not crushed; perplexed, but not driven to despair; persecuted, but not forsaken; struck down, but not destroyed” (4: 8-9), it’s not hyperbole. Christians in Corinth and Christians in Macedonia knew first-hand what Paul was saying. 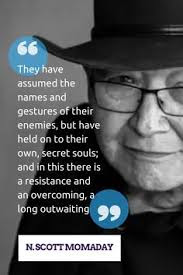 The Macedonians were not asking Paul to help them become more like the Romans. They were part of a resistance movement and they wanted Paul to help to organize a resistance movement to the Roman Empire. The early church was a genuinely counter-cultural movement. That’s why it was persecuted.
The Book of Acts tells the story of Pentecost--people heard the gospel in their own languages. No one was forced to learn Hebrew, or Latin, or Greek. No one was forced to attend a Christian boarding school or abandon their native language and learn English as the language of the civilized. They spoke in their native languages. They kept their own names. Their cultures were honored.
In Acts, Chapter 4, verse 32, we read: “The company of those who believed were of one heart and soul, and no one said any of the things he possessed were his own, but they had everything in common.” The measure of the economy was the elimination of poverty and want. That’s what this text means. The early church did not want any of their members to be homeless or to go hungry. They wanted to create an economy as if people mattered. And they organized themselves and their communities accordingly.
In the letter to Galatians, Paul writes: “There is neither Jew nor Greek, neither slave nor free; neither male nor female; for you are all one in Christ Jesus” (3:28). The classic strategy of divide and conquer  does not work if people refuse to recognize the divisions. Over and over again in his letters Paul reminds us, “In Christ you are a new creation.” The mission of the church, the reason Paul went to Macedonia, was not to civilize and Christianize heathens and wild beasts. He went there to organize a resistance movement, to show the world that there is a better way to live. 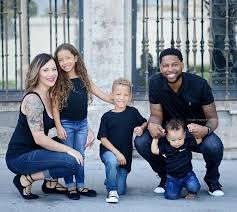 In the complexity of our times, I submit, that the angel of Macedonia is calling us to be part of such a movement. Politicians may wear black face or revert to racist language and images, but the reality is that interracial families and communities are here to stay. Anti-immigrant rhetoric is hot, and some of our leaders seem intent on stoking fires of fear of Muslims, or Jews, or Gays, or whomever is the next target, but the reality is that people are coming together in communities all across the land to meet each other and talk with each other so that we can find ways to work together to make our communities better places for everyone to live.
This past week I’ve met with union organizers who are working in our largest grocery chain to expand union membership and combat wage theft, job mis-classification, and other forms of unfair labor practices.  Only a few years ago we hardly heard any public discussion about poverty, or debt, or health care. Today these topics are being talked about at kitchen tables in lunch counters everywhere. 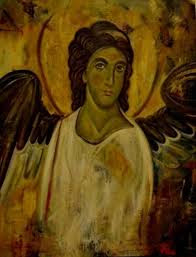 So today I am asking you to think of the text in a new way. The angel of Macedonia is calling you.
Find your passion. Get engaged in the struggle for justice and equality. Find out what you can do to make this community a better place for everyone. This is the word of our tradition for today.

Rev. David Hansen, contributor
Biblical references are from the RSV.
Posted by Vicky at 10:59 AM