The second cataract has been attended to.  The month long discipline of eye drops morning and evening has ended.  My  vision has been pronounced 20/20 and except for some magnification for reading and working on the computer I am free of wearing glasses for the first time in 35 years. 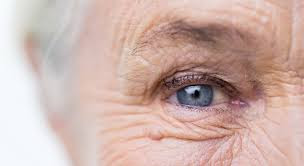 The clarity of vision, the depth and brightness of color and the amount of light I enjoy has not come without a period of adjustment.  Even though pronounced “healed” by the eye doctor, my eyes have been “aching”. I  feel as though they are working over-time.  I need to rest my eyes periodically.  It occurs to me that all the miniscule muscles and nerves that work to allow and control the  light that enters my eyes have to adjust to their new work load.  (I am not at all sure that this is scientifically so, however, but it seems reasonable.)

So, of course I am set to wondering how it is for people who have seriously impaired vision or who have not had vision at all and then are able to have their vision restored or given to them through medical and surgical miracles.   The miracle of clear vision is not without its downsides.  Clear seeing can be challenging and sometimes painful. 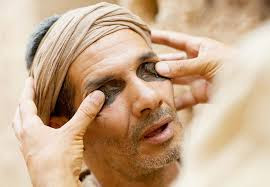 The Gospel of John (9:1-41) tells a story of Jesus healing a man who was blind from birth - - using the technology of the age - a bit of spit and a bit of dust from the earth mixed to form a salve for the man’s eyes.  The man’s sight is given to him.  He only gets to celebrate for a very short time before he becomes the center of heavy theological discourse about the nature of his healing and, of course, the nature of the one who healed him.  He doesn’t get to enjoy unmitigated pleasure with his new found sight for long.

As the story comes to its conclusion, Jesus utters some challenging words to his listeners: “If you were blind, you would not have sin.  But now that you say, ‘We see,’  your sin remains.”

More and more, I am understanding this story as telling me something about the responsibility that comes with increasing consciousness of life around me.  As I become more and more aware of the state of the world, I also become more accountable for my role in it. 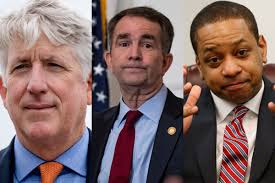 So I am again in a state of pondering the meaning of the latest revelations of racism and sexual misconduct coming out of the state of Virginia - and the “zero tolerance” response coming from the Democratic Party. As Jesus demonstrated elsewhere in the sacred texts at the near stoning of a woman caught in adultery,  it is all too easy and reasonable to point the finger at the “other” until we find the same behaviors in ourselves.

As a people, we are at a different level of  awareness than we were a few of years ago.  In some sense, the spit and dust have been applied to our eyes - - a terribly messy business at best.  We can’t go back to turning a “blind eye” toward behavior that was once easily hidden or tolerated or denied.

The line from the Ray Stevens song “Everything is Beautiful” keeps slipping into consciousness: There is none so blind as he who will not see.  It harks back to a quote from John Heywood, 16th century philosopher: The most deluded people are those who choose to ignore what they already know.  Heywood’s articulation has even deeper roots in the prophet Jeremiah’s warnings to Judah: Hear this, O foolish and senseless people , who have eyes, but do not see, who have ears but do not hear. (Jeremiah 5:21) 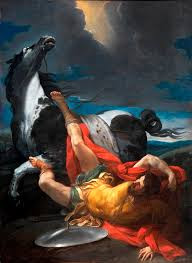 There is a story in the sacred texts of Christianity of a fellow named Saul whose job it was to search out new Christians and persecute them.  As the story goes, he was on his way to the city of Damascus to carry out his mission when he had an encounter with the Risen Jesus that literally knocked him off his horse.  He came out of the encounter blinded and needed to be led from place to place by someone else.  As a result of prayer by Ananias, a member of the Christian community, Saul was flooded by what the early Christians referred to as The Holy Spirit, and “something like scales fell from his eyes, and his sight was restored.” (Acts 9:18).  The "sight" he had post encounter was not the same as he had prior to falling off his horse.  It resulted in a change of direction and a new identity.

I wonder if that is the grand and overarching process that we are in - a process of being knocked off our horses - - of having the scales removed from our eyes -- of having our eyes opened, our cataracts removed.  The question that remains is “How will we be responsible with our growing clarity of vision?  Could we handle a new direction? A new identity?"
It all remains to be seen.