Created in the Image of God's Name 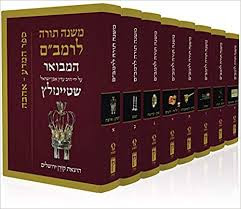 In the week that we began to read from the second book of Torah, the Book of Exodus in English, Sefer Sh’mot/the Book of Names in Hebrew, I found myself at the Israel Book Shop for the afternoon prayers called Mincha. Davening/praying among the basement stacks of holy books, as I completed my own prayer, I paused to look around and take in the aura cast by the titles that surrounded me.
There was a box of books at my feet, its volumes arranged horizontally, their front covers facing up. I saw that it was a set of the Mishne Torah, the legal code of Moses’ Maimonides, the Rambam, Rabbi Moshe Ben Maimon, Moses son of Maimon (1135-1204). I bent down where I stood and quietly picked up the top volume and randomly opened it.

I am not sure if the great sigh I let out was one more of amazement or of comfort, whether it was heard by those still praying as distraction or as amen to their prayers. I had opened the volume called Sefer Hamadah/the Book of Knowledge. I had opened to chapter six in the section called Hilchos Yisodei Hatorah/the Laws of the Foundations of Torah. I began to read at the beginning of chapter six, laws one and two, Rambam’s warning of culpability for anyone who destroys the name of God: kol ha’m’abed shem min ha’shemot/anyone who destroys a name from the holy and pure names through which the Blessed Holy One is called…. Rambam then goes on to enumerate seven such names from among the seventy names by which God is called in Hebrew, seven that are most holy and pure: the most holy name formed of the letters yud hey vav hey, known as the shem ha’m’forash/the ineffable name, the name that is not to be pronounced, known also as the shem ha’vaya/the Name of Being; and so too the names el, and eloha, and elokim, and ehiyeh, and shaddai, and tz’va’ot. 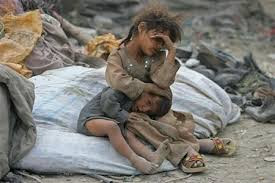 I found myself trembling there among the books and among the prayers wafting around me. Entering the Book of Names in the cycle of reading Torah, thoughts swirled within me, feeling so deeply for those suffering at our southern border, their names unknown to us except for the dead children; feeling so deeply for the homeless who live and die on our streets, their names unknown to us as too often we quickly pass them by; feeling so deeply for children of war and poverty wherever they are, their names unknown to us, yet neighbors all, each of these with a name lovingly given by their parents. To open to that page in that moment in that week, God’s amen to my prayers, as though offering answer and insight to an unasked question, a gentle touch upon my brow. I realized in that moment, that Rambam’s warning, each one who destroys a name/kol ha’m’abed shem…, is as much about the destroying of human names and the taking of identities as it is about destroying God’s name. 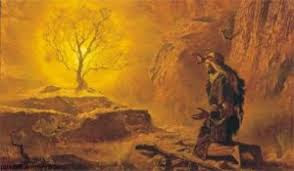 In the first portion of the second book, the first portion in the Book of Names, after Moses has encountered God at the burning bush and is given his life’s mission, told to go back to Egypt and bring God’s word to Pharaoh, let my people go, Moses asks God a simple question. Worried that the people will not believe him, that he has not been given such a task, Moses asks God what he should say when the people ask of God, mah sh’mo/what is his name? At that time, God conveyed a three-word name, ehiyeh asher ehiyeh/I will be that which I will be. Then, as though to make it simpler, God tells Moses to tell the people that he was sent by ehiyeh/I will be. In these profound names is the ever-present possibility of becoming, and so for us who are created in God’s image. 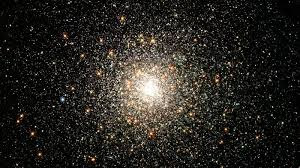 In the very first line of the weekly Torah portion called Va’era (Ex. 6:2-9:35), second in the Book of Names, God shares with Moses another name, God’s most holy name, the name formed of the Hebrew letters yud hey vav hey. They are simply the letters of the verb to be, and yet they are not the word “to be,” simply the letters, not a formal word at all, therefore a word without gender, without time, simply the shem havaya/the Name of Being.

I trembled when I read the words of the Rambam, not for fear of destroying God’s name, something in regard to which I am quite careful. I keep a box in my study in which to place worn out holy books and loose pages that contain God’s holy names, all later to be lovingly buried in the way of those who once held the books and encountered God upon the page. It is easy to take care that we not harm God’s name, and, indeed, if we do, God is forgiving. It is precisely the type of sin between a person and God for which on Yom Kippur we find forgiveness. It was not about God for whom I trembled. I trembled with the thought of what we are to learn about human beings, about people, each one created in the image of God. We are not only created in the image of God, but in the image of God’s most holy name.

When arranged vertically, the letters yud hey vav hey represent the human form. The little yud at the top is the head. The first hey, a horizontal line with a vertical line coming down from each of its ends, forms the shoulders and arms. The straight vav forms the spine. The second hey forms the pelvis and legs. To destroy God’s name is to destroy the human form. To destroy a human being is to destroy God’s most holy name as it is carried in the world.

I thought of the very first book by Rabbi Abraham Joshua Heschel, a book of poetry written in Yiddish when he was a young man. The book’s title tells of the fiercely tender love for God and people that would fill all of Rabbi Heschel’s books and all of his ways in the world in the years to come. That slim volume is called, Der Shem Ha’m’forash – Mentsh/The Ineffable Name – Human. 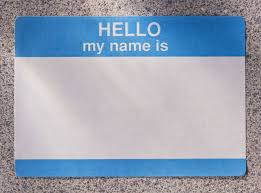 Every human being has a name, a bond with God and with people. Every human being carries in their human form God’s name of being and becoming. Every human being is holy. There in the bookshop, amidst holy books and holy prayers, I trembled as I read Rambam’s warning not to destroy God’s name. So may we tremble for all of the bearers of God’s name who are denigrated, denied, and, God forbid, destroyed.

Each person’s own name gives unique expression to the way of their being called in God’s name. With love and with
compassion, may we ask of all whom we encounter, just as Moses asked of God, how are you called, what is your name?
Posted by Vicky at 2:10 PM