A DarknessThat Can Be Felt 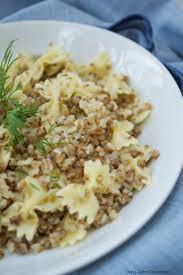 Each week a few good friends gather for a potluck supper and a glimpse at the part of the scriptures that will be taught during services at the synagogue on the following Shabbat.  A couple of weeks ago our potluck was pretty luxurious:melt-in-your mouth brisket, kasha varnishkes, savory roasted squash and brussels sprouts, a green salad and a delicate pastry filled with apples and dark cherries   Well fortified with all these treats, we plunged into  “darkness” - - the ninth of the ten plagues that were visited on Egypt.

Using a commentary by Rabbi Jonathan Sacks, we pondered his question: “What is this plague of darkness doing here (in the order of the ten)?  We discussed the symbolic significance of the various earlier plagues and the notion that while they increased in severity as the narrative progressed some of them were mostly a nuisance.   Darkness might fit into the “nuisance” category.  Apparently there were frequent dust storms in the region where the narrative is set that often created a temporary darkness - a nuisance - to which people became accustomed, knowing it would blow itself out within a day or two. We explored with Rabbi Sacks the difference between “signs and wonders” and drew closer to his conclusion that the plague of a “darkness that can be felt” was less a wonder and more a sign - a “coded communication” as Rabbi Sacks suggests. 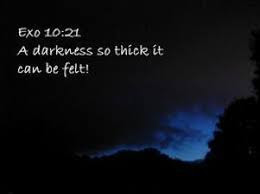 The obliteration of the sun, causing a “darkness that can be felt” might be interpreted as a sign that the God of Israel was more powerful than Ra, the sun god of Egypt.   But Rabbi Sacks argues that rather than an expression of Divine power over the sun, the plague represents "...the rejection by God of a civilization that turned one man, Pharaoh, into an absolute ruler (son of the sun god)with the ability to enslave other human beings - and of a culture that could tolerate the murder of children because that is what Ra himself did." 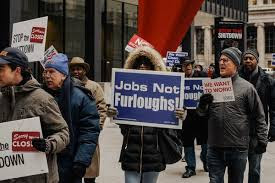 While we try to stay close to the text, it is inevitable that we would also try to see how it informs and addresses, and perhaps, even parallels life today.  With the irresponsible wielding of so much power at the highest levels of government, with the lives of young children at risk on our borders, with the callous disregard for the well being of  hundreds of thousands of federal employees (not to mention the population of the entire country being adversely affected in myriad ways yet to be calculated), it is hard not to see the warnings, the signs, the coded communication in the sacred texts. There was a total eclipse of the moon the other night.  The sky here was overcast so the eclipse was not visible, but there was a quality of darkness that night that was almost palpable - a darkness that could be felt.

Rabbi Sacks draws the connections.  Placed elsewhere in the lineup of the 10 plagues, the darkness might be absorbed as one more nuisance plague.  But placed where it is, leading up to the tenth plague that results in Pharaoh’s final acquiescence to the  demand to let Israel go into freedom, the darkness that can be felt does, indeed, become a coded communication for the generations to follow: "The ninth plague was a divine communication that said: there is not only physical darkness, but also moral darkness.  The best test of a civilization is to see how it treats its children, its own and others’.  In an age of broken families, neglected and impoverished children, and worse - the use of children as instruments of war - that is a lesson we still need to learn."

It is hard to escape the truth of the challenge - - we are a people who sit in a moral darkness that can be felt.  The sacred stories hold the coded communication for our liberation.   The prophetic voice from a bit farther along in history champions hope - “the people who sit in darkness have seen a great light...”  We do not have the luxury of just sitting in this moral darkness that can be felt.  Elsewhere in the sacred texts there is a call to us to be “light for the world.” 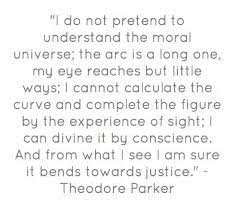 Ever since our observations of MLK Day, an often repeated line keeps echoing in my brain: “The moral arc of the universe is long and it bends toward justice.”   At the moment, that arc seems shrouded in darkness - - waiting for us to be the light that will illuminate it - the light that shines in the darkness and is not overcome.