In The Echo of the Shattering

In the echo of the shattering, amidst all the brokenness of today, we pause to take stock and to remember. It is hard to imagine the terror felt by German and Austrian Jews on that autumn day eighty years ago, November 9, 1938. It is the day that has come to be known as Kristallnach, the Night of Broken Glass. In Germany’s own reckoning with its legacy of guilt, this day has come be known more aptly as the Reichspogromnacht, the Reich’s pogrom night. It is stronger and more descriptive of what happened and how than Night of Glass, Night of crystal. Beyond a name, this was the beginning of the Shoah in earnest. The figures that tell of the destruction that happened in little more than a twenty-four hour period are staggering. Thirty thousand Jews were arrested and sent to concentration camps. Thirty-six were murdered, some sources saying as many as ninety-one. Seven thousand five hundred Jewish homes and businesses were vandalized and/or set ablaze. Two hundred and sixty-seven synagogues were burned, seventy-six completely destroyed. Neighbors turned their backs, firefighters stood aside and watched the flames rise, prevented by the Nazi hoodlums from acting to quench the fires, even if they would. 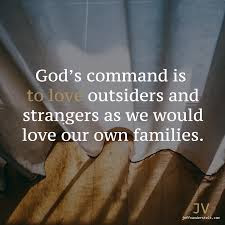 In the echo of the shattering, the questions that weren’t asked that night pulsate across time and space, calling us to bear witness in our time, not to turn our backs as others did to us. What happens when neighbors become strangers and strangers become other? What happens when strangers are treated as other rather than as the neighbor who is to be loved? Thirty-six times the Torah reminds not to wrong or oppress a stranger, bringing it home personally, for you were strangers in the land of Egypt/ki gerim he’yitem b’eretz mitzrayim. The needs of the other are to be felt deep within our selves, felt as our own, felt in our bones, in our kishkes (innards), in our souls, for you know the soul of the stranger/v’atem y’datem et nefesh ha’ger (Ex. 23:9). It is about human connection. We are joined soul to soul with all who are oppressed. Our caring is held in the web of life as woven from the very beginning. The rabbis asked why the first human was created as one. And they answered, so that no one could say, “My ancestor was greater than yours.” 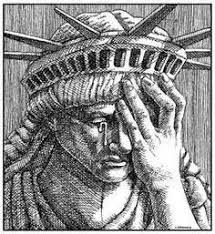 In the echo of the shattering, the words of Rabbi Samson Raphael Hirsch were prescient in nineteenth century Germany, calling us to account today: “The treatment accorded by a state to the aliens living within its jurisdiction is the most accurate indication of the extent to which justice and harmony prevail in that state.” Long before it would ever be a reality, his words were meant as a challenge to his own people for when there would be a Jewish state, and as a standard of decency to every nation that presumes a collective conscience. In the irony of that presumption, we weep today with the statue of liberty who speaks with the Jewish voice of Emma Lazarus, “Give me your tired, your poor, your huddled masses yearning to breath free….”

In the echo of the shattering, we remember what it means when all lives don’t matter equally. In Germany, two years ago, I could hear the echo, and I wondered then as I stood on a Berlin street corner, what if people had screamed out on that day eighty years ago, “Jewish Lives Matter?” Instead, we were blamed for Germany’s troubles. Jewish neighbors, long trusted and respected, became other, became strangers. Carefully calibrated and planned by the government, the violence that day was attributed to the passions of ordinary people, citizens lashing out with patriotic fervor in defense of the “fatherland.” The timing was not an accident, twenty years nearly to the day of the end of World War I, Jews blamed for Germany’s defeat and humiliation.

In the echo of the shattering, a reminder that blame is a dangerous game. In the weekly Torah portion Toldot (Gen. 25:19-28:9), the Philistine king, Avimelech, turned on Yitzchak and those who had settled in the land with him. Long respected as sojourners and neighbors among the Philistines, Avimelech becomes jealous and fearful as he sees Yitzchak’s success. In the span of just a few words, so simple, so sudden, envy takes root among the people, and we are told: the Philistines became envious of him (Gen. 26:14). And then, Yitzchak and his people are sent away. Would that eighty years ago it had only been a matter of exile. 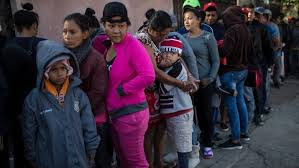 In the echo of the shattering, there is also something else, something that could not have been imagined in 1938, or in other times of jealousy and hate, of xenophobia and bigotry. There is a call to conscience in the air today, a call to repair, a throbbing challenge and reminder not to turn our backs on anyone. Neighbors all, no one is other, no one a stranger. Unlike then, we know today that as we stand with others, others are standing with us, that we are not alone as we stand with and for each other. Eighty years later, in the echo of the shattering, there is a song of hope.