Although I wrote about this experience some years ago, I believe it bears repeating. While I was Chaplain at a college in Maryland, Elisabeth Kubler-Ross was the graduation speaker.  The Swiss psychiatrist had recently published her book "On Death and Dying," based on near death experiences with her patients. I was moved by her speech and impressed by the wisdom I found in her book. One idea stood out above all the rest. According to Kubler-Ross, the dying value the opportunity to talk about their death with someone who is able to listen.

As my father lay dying after a long illness, I mentioned this to my mother. She responded with, "don't look at me. You're the minister in the family." Since my siblings were not present and I didn't think any of them would relish the task, I took a deep breath and decided I would do the deed. 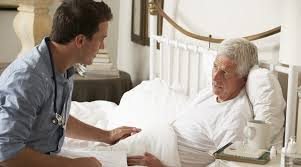 I went into my father's room where he lay quietly on the bed. After a few minutes of meaningless conversation I said something like, "Dad, it seems like you are OK with dying, if that's what happens, as well as  with pulling through this illness alive." There was silence. I may have been holding my breath. Then he said the wisest and most value laden statement I ever heard him make. He said, "I've always believed it doesn't matter what you get or what you do. What matters is who you are. If that's what you believe, there's nothing more you have to get or do and you can die anytime having fulfilled your purpose." Then there was the kicker. "And I've tried to teach my children this. What do you think?"

At that point I realized I was the one who needed him to talk with me about death, not the other way around. He had it together. I was still learning.

The reason I'm recalling this experience is because of the implicit values. We live in a time where we need to re-examine the fundamental values that guide our behavior and communicate who we are. Is life about getting and doing, or about being? For many of us, that means looking again at the life of Jesus and the values of the Christian faith, where my father was schooled. 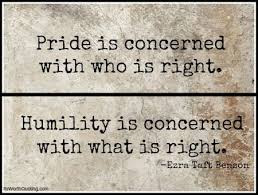 We were talking about values in my religion class the other day. One of the first mentioned was humility. Reference was made to the parable of Jesus in the Gospel of Luke about the Pharisee and the tax collector. It ends, "for everyone who exalts himself will be humbled, but he who humbles himself will be exalted." Also mentioned was the passage in Philippians where we are encouraged to "do nothing from selfishness or conceit, but in humility count others better than yourselves. Let each of you look not only to his own interests, but also to the interests of others." I couldn't help but think about our current political situation as I read that passage. 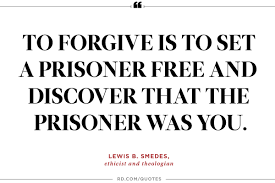 Another value mentioned was forgiveness. We had seen the film "The Power of Forgiveness" the week before. In several different scenarios from cold blooded murder to the terror of 9/11 and the holocaust, the film explores the possibility and potential consequences of acts of forgiveness. The film makes clear that the act of forgiveness is often more helpful to the one forgiving than to the forgiven. Carrying bitterness and hate around for weeks or years is not healthy. And sometimes the one most in need of forgiveness is one's self!  Jesus said forgive seventy times seven. He even forgave those who crucified him. 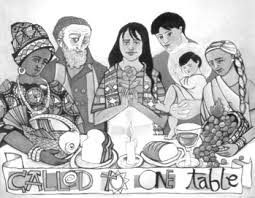 A third value we discussed was inclusion. Jesus was inclusive! No one was turned away! He touched and healed those the culture had rejected. He stopped the stoning of sinners. He spoke with the despised Samaritans. He welcomed into his presence all those the religious authorities of the day discarded. His disciples represented the common people, not celebrities.

If one reads the story of the eunuch and Philip in the book of Acts, one finds the model for Christian inclusion of others rejected by institutional barriers and religious requirements. The eunuch who would never be allowed in the temple because he wasn't "whole," is baptized at his request, into the inclusive community following Jesus. Once again, our present political situation stood in stark contrast to the inclusiveness of the Scriptures. 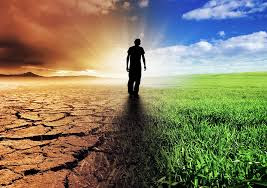 The students I see are not optimistic about the changing climate. To a person they do not believe the human community will act to prevent climate catastrophe. When I ask if they are depressed or in despair, many admit they are. But one student said she was hopeful. That's different from being optimistic. Hope is one of the most significant values the tradition provides for our time, where the demons of greed, war, famine and extinction continually rear their ugly heads. 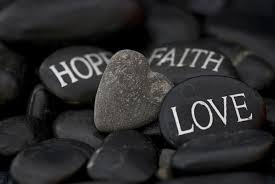 The second of the big three, faith, "the assurance of things hoped for, the conviction of things not seen," is essential, if hope is to have life. And love underlies them both.

Values are useless unless they are integrated into human lives and into the societies people inhabit. We encourage individuals to learn values from early childhood. Those who do we soon identify as persons of integrity. But we aren't as adept at cultivating and adapting those values into our social and cultural institutions.

Wake up America! It doesn't matter what we get or what we do. It's who we are!

Carl Kline
Posted by Carl Kline at 9:46 AM