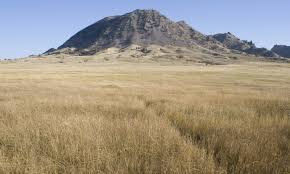 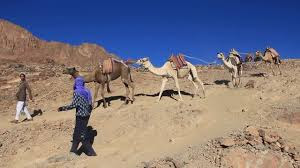 Every semester I show my students clips from a film called "Walking the Bible." In it, the narrator tries to walk in those places that one reads about in Scripture. It's a way for me to introduce my students to the idea of context. Those events recorded in Scripture have a geographical context. They didn't happen on the plains of South Dakota in the twenty first century. They have their own time and place. I believe it's important for my students to know the origins of the text.

In the same way, each of us as individuals has a context, an origin story. I remember one of my mentors, an African American minister, telling me the origin of his name. He didn't learn about it till his early thirties when he made a trip home. His name is Polk, after President Polk, as his forebears were slaves on the Polk plantation. As one of the President's slaves, you always took his last name. President Polk had plenty of slaves, even while in office. He tried to keep that knowledge from the public at the time, as anti-slavery ferment was slowly rising during his tenure.

Hearing this story from my mentor made me more curious about my own family history. So I drilled my parents. My father's parents came from Germany and settled in Pennsylvania in what was commonly known as Pennsylvania Dutch territory. His was a large family, with nine brothers. My mother's national origins are unknown, as she was adopted as an infant. When I first learned this I was frustrated. So I began to do some research. But adoption in those days was a very secretive operation and I had limited success. I was angry that here was a side of my family history I would never know. In later years I've considered it a blessing, as I claim anything and everything; Irish on St. Patrick's day and maybe even some Erie tribal blood. 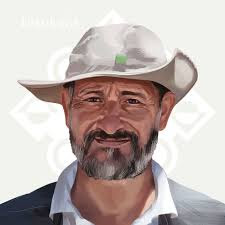 I was reading the other day about a Tunisian fisherman, Chamseddine Marzoug. He regularly finds bodies washing up on the beach near where he lives and works. People are desperate, fleeing war torn and economically chaotic places like Syria and braving the Mediterranean waters trying to reach Europe. Many don't make it. In 2017 alone, Chamseddine buried 81 corpses, believing every human deserves a decent burial. In one instance, he buried a mother and child side by side, believing they might be related, and placed a toy car and flowers on the mound. His graveyard has a sign in six languages, "Cemetery for Unknown." 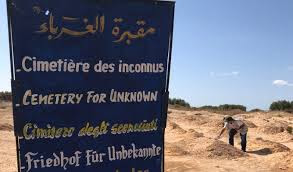 There are 68 million forcibly displaced people in the world today, with over 25 million of them refugees. More than half of those are children. It's not uncommon for children fleeing violence and famine to wind up in watery graves, in cemeteries or detention camps, in one country or another. All this as the U.S. administration reduces the level of those admitted to this country to historic lows. Whereas the refugee resettlement agency has in place the infrastructure to care for 75,000 refugees, the ceiling was set at 45,000 for 2018, with less than half that number admitted so far. The ceiling for 2019 has been reduced even lower to 30,000. Why we would allow successful resettlement programs, like the one offered by Lutheran Social Services in South Dakota, to falter for want of refugees is shameful. 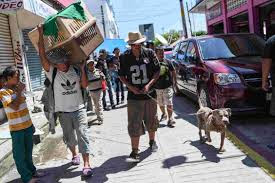 We are beginning to see the signs of displacement from climate change and environmental refugees in our own country. Hurricane Maria sent more than 100,000 fleeing their homes in Puerto Rico. One wonders if Mexico Beach, Florida will be rebuilt. Clearly, real estate on many beach fronts is beginning to take a climate hit. Realtors are looking to work with higher ground in Miami and insurance companies are finding many places un-insurable. Those seeking refuge around the globe are on the rise, along with the seas and human violence. 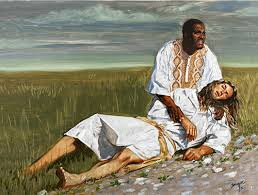 Those who profess Christianity should recognize that the faith is transparent. We are to welcome the stranger and the alien. The Hebrew Scriptures couldn't be clearer. Jesus also has a simple but explicit response to the question of, "who is my neighbor?" Think of the one most despised by some of your countrymen; that's the Good Samaritan. The way our neighbors to the south have been stereotyped, they might well be the Good Samaritan in a contemporary context.

So are we going to remember our context, our historical and national origins as refugees and immigrants? Can we move into a promising future without remembering who we are and where we have been and welcoming those we have often helped displace? Are we going to love and welcome the neighbor?

Carl Kline
Posted by Carl Kline at 7:13 AM