After watching Dr. Christine Blasey Ford's testimony before the Senate Judiciary Committee, I found myself looking for a biblical story to help me understand what I had witnessed. Clearly the Republicans had no interest in hearing her statement. They went so far as to hire a prosecutor to interrogate her. Both parties, it seemed to me, were intent on using her witness for their political ends.   My first thought was to turn to the story of Daniel in the lion's den. Dr. Ford was clearly an embodiment of that ancient biblical story. 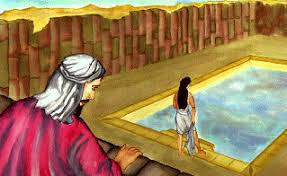 But upon further reflection it seemed that the biblical story of David and Bathsheba is more fitting and revealing.  In the following I limit myself to the biblical story, inviting readers to draw parallels as you see fit. In the biblical account King David rises from his bed, perhaps a sleepless night or maybe he knew what he would see if he went up to the rooftop for a look around. In any case, he went and soon thereafter he saw Bathsheba and desired to be with her.            He invited her to dinner. The Bible says that after dinner he "went into her." Less gently, he raped her.
When he later learned that she was pregnant, the king arranged for her husband, Uriah, to be brought home from the front lines. David's plan was for Uriah to sleep with Bathsheba and thus cover his own crime. The plan failed.  Uriah was sent back to the front lines. Secretly David gave orders for Uriah to be placed in a spot where he would killed.  We can imagine the king arranging for Uriah's name to be inscribed on the wall commemorating the fallen. After an appropriate time of grieving, David married Bathsheba. 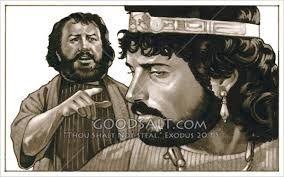 At this point the biblical narrative takes a fairy tale turn. A member of the #MeToo movement shows up and challenges the king's version of events.         We have to ask why this warrior king listened to  the prophet, Nathan, of #MeToo movement?  According to the law, David had stolen Uriah's property. He had committed a crime, but power has it's privileges. Power brings with it a sense of permissive entitlement. David saw Bathsheba and followed the dictates of his desires. Later, feeling threatened, David used the instruments of power to defend himself and his position while destroying Uriah, and tacitly sending a message to Bathsheba: for the sake of the child he would take care of her if she did not bear witness against him. Uriah was dead. There would be no investigation. There would be no one to tell a different story. 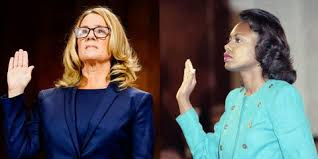 What can we learn from the ancient narrative? I suggest the following lessons: The violence of a rape culture is pervasive. It destroys families, men and women, and has unseen consequences for future generations. Social institutions are undermined. Public trust is eroded. Those in positions of power and privilege convince themselves and others that they are good people. Think about King David's illustrious reputation in mythology. There is no guarantee that the system will right itself. There is no assurance that those who speak will be heard.  There is no alternative. Without systems that create transparency and accountability there will be no change.

Rev. David Phillips Hansen
Author and contributor
Posted by Vicky at 7:22 AM