Crossing the Bridge to Freedom I remember well that day, February 11, 1986. I was sitting with a group of colleagues that had formed a religious court, a Beit Din, at the mikveh in Vancouver, British Columbia. We had just served as midwives, if you will, having welcomed several new Jews into our people. Far away, and worlds away, a Jew had been returned to his people. It was the day that Natan (then as Anatoly) Sharansky had crossed from East Germany to West as part of a prisoner exchange, ending the long saga of his imprisonment in the Soviet Union. Along with his wife, Avital, who had campaigned tirelessly for his release, his was the face of Soviet Jewry.

On that day in the winter of 1986, three rabbis sat spellbound, responsibilities completed, listening to the news and sharing what we had read. Beyond the euphoria of one person’s liberation, of a long trek to freedom completed, we kept coming back to one moment, the very final moment of the trek, continuing to imagine it, to replay it, exploring its significance as we might mine a text for meaning. The text in this case was one person’s courageous final act in the face of oppression, one final step toward freedom in which that step became its own affirmation of what it means to be free. 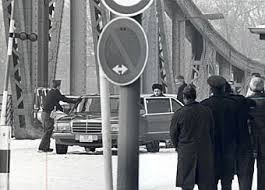 Sharansky crossed from East Germany to West at the Glienicke Bridge, where at its Berlin terminus of Wannsee, Nazi chiefs affirmed the “Final Solution” in 1942. As he began to walk alone across that bridge to freedom, when we might have expected him to virtually run, to at least walk as directly and quickly as possible to the other side, he did something very different which bewildered all of those who watched, those waiting for him at the other side and all of those watching on televisions around the world. The newly freed prisoner took a long, slow, zigzag course across the bridge. Beyond the deep, existential questions of survival, of faith, of hope that would become the primary questions over time, answers to inspire and challenge, the immediate question was obvious. Asked by newscasters and loved ones, by common folks and famous, by three rabbis in Vancouver, British Columbia, the question was the same, asked with incredulity, the answer awaited with baited breath. Why had he walked that zigzag course across the bridge? The answer was as startling as it was simple. The KGB agents who had brought him to the bridge had told him to walk quickly across in a straight line. And so, of course, as his one last act of defiance in the face of his oppressors, turning to the right and turning to the left, he walked in a slow zigzag course across the bridge to freedom.

I haven’t thought of that story for some time and am intrigued that it came to me while reading one verse in the weekly Torah portion called Shoftim (Deut. 16:18-21:9). Such is the joy of making our way through each year’s Torah cycle, a journey repeated year after year, new insights and associations emerging in the context of a given year’s realities, whether from within ourselves or in the worlds around us. I have never thought of that story before while reading Shoftim, but for some reason it came to me this year. Perhaps it is because the specter of tyranny is afoot in the land, the call to resistance and courage needing models to inspire, joined together in holy disobedience. Perhaps it is because the tensions within the Torah are the tensions with which we live, the tensions we seek to resolve, or not, in seeking our way across the bridge. 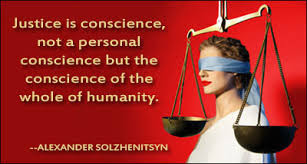 The Torah portion opens with a call to appoint judges and officers to insure that justice be done in the land. A call to justice as the way of the nation, there is an underlying recognition that the collective flowering of justice depends on each one’s adherence to doing what is right. The challenge of justice is addressed to each one of us and then to the nation that is the collective formed by all of us, tzedek tzedek tirdof/justice, justice shall you pursue (Deut. 17:20). The entire passage at the outset of the portion is in the singular, understood in Chassidic commentary to mean that each of us is to appoint an inner judge to mediate our engagement with the world. Placed within our hearts, or at each portal of the senses, we are to discern from within the way of good or evil. It is from within ourselves that we are to learn the way of self-control, whether with our eyes, our ears, our noses, our tongues, our hands, that we channel our desires in the way of doing good and not harm.

Of the external judges, the priests, the Levites, the judge that will be in those days/ba’yamim ha’hem, meaning in each age, that will be in our own time, we are told that we shall do according to the utterance of the word that they will tell you…; you must do with care all that they will teach you…. There is to be a process of collective discernment, a process of learning that leads to teaching that leads to doing. Then comes the verse that brought to mind that zigzag journey across the Glienicke Bridge, Upon the utterance of the teaching that they will teach you, and upon the judgment that they will say to you, must you base your [own] action; you must not turn aside from the word that they will tell you, [neither] to the right [n]or to the left/lo tasur min ha’davar asher yagido l’cha yamin u’s’mol (Deut. 17:11). Our commentators wrestle to understand what these words mean, the latter ones in particular. There are conflicting views. One suggests that even if it appears to us that left is right and right is left, we should do as instructed. Another view says precisely the opposite; that we should do as told only when left is left and right is right, when our actions do not violate the truth that is before us, the very truth that the Torah itself has planted within us. The commandments are holy and are meant to guide us in the way of truth and justice, of compassion and peace, helping us to see the image of God in each person. Rejecting a ruling concerning the ways of Torah may at times be the greater affirmation of Torah. The rabbis taught that at times we should even violate a negative commandment of the Torah when another person’s honor would be compromised in our heeding of Torah (B’rachot 19b). 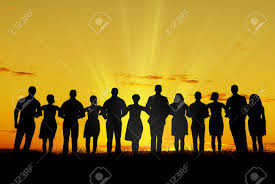 Ideally to walk hand in hand, in accord with good and righteous teaching, learning and inquiry as the way of discernment, the way of the nation, accepted and affirmed, inner judge and outer judge then to be in harmony.   There are times when the truest way of walking the straight and upright path, at one with Torah, God, and people, is to walk a zigzag course that says no to tyranny. With discernment, courage, and hope, the vision affirmed in the way of our walking, we cross the bridge to freedom.

Rabbi Victor H. Reinstein
Posted by Vicky at 8:48 AM