I did not intend to watch the funeral service for Senator John McCain, televised by every major media outlet in the country, but the television was on and once I looked at this remarkable event I found it difficult to turn away. So many aspects of the service were so disturbing that I simply have to share my reflections--and give thanks to other journalists and writers who likewise found the spectacle mystifying. Let me count some of the ways. 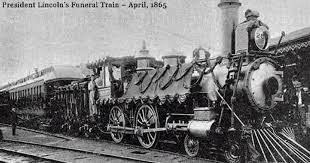 It seemed to me that Senator McCain planned the caravan across the country from his home in Arizona to Washington, D.C. with Abraham Lincoln in mind. The Lincoln funeral train traveled from Washington, D.C. to Springfield, Illinois.  Lincoln's funeral train traveled through 180 cities and seven states. One procession was for the President of the United States, the other for a Senator. One person was assassinated, the other died of cancer. The differences between the two men are immense, but I can imagine that in his own mind as he planned his own funeral procession, McCain was thinking of Lincoln. He, McCain, wanted to be remembered and celebrated as a hero who died in service to his country in the tradition of Lincoln, or so I think. 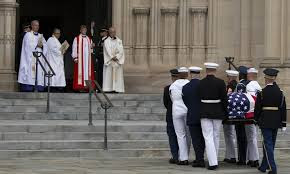 McCain’s funeral was not held in a federal office building, but in the National Cathedral. I wonder if he attended worship services there on a regular basis. I don’t know. What I do know is that the church-state-military-security alliance was on full public display for all the world to see. At the very least the scene should give Christians pause when they read the story of Jesus’ birth found in the second chapter of the Gospel According to Matthew, or the story of his death, found in Matthew, Chapters 26 and 27. Every empire needs religious legitimation, but are there any limits?
During the funeral service a great deal was made of McCain’s experience as a POW in Viet Nam. I take nothing away from his bravery, courage and solidarity with other Prisoners of War. But simple honesty demands that we acknowledge that he broke his arm and leg after he ejected from his fighter jet and landed in a lake with something like fifty pounds of equipment on his back. The Vietnamese did not break his arm or his leg. He likely would have died in that lake had the Vietnamese not rescued him and taken him to a hospital where he received the attention and care of skilled doctors and a well-trained medical staff. The simple truth is, the Vietnamese saved his life even though he was flying missions that killed countless numbers of their own people. 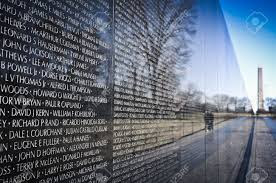 Figures vary widely but perhaps as many as 2,000.000 Vietnamese died in what they call the “American War.” The “Viet Nam War,” the U.S. name for the conflict, claimed the lives of over 282,000 U.S soldiers and allies. It is not a chapter in U.S. history to be celebrated.
As citizens of United States we want, I want, to believe that our nation is defending democracy around the world, protecting the down-trodden and championing the causes of freedom and human dignity. This desire to believe makes the contrast between Senator John McCain and the Nike advertisement featuring Colin Kaepernick, which was released the day after the McCain funeral I think, all the more remarkable. 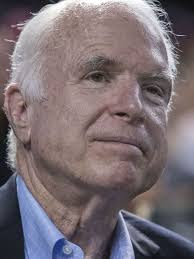 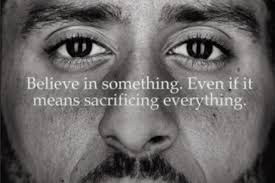 Both men embody in their own way the Nike slogan, “Believe in something, even if it means sacrificing everything.”
Two visions, two nations. Can a house so divided stand? Deeply troubled by the display of unity between church and state that I saw in the National Cathedral, I remain a “prisoner of hope,” to borrow from the Apostle Paul, for I believe that fundamentally Christians must witness to a gospel of nonviolence. Such a witness changed the world once, and it may do so again.