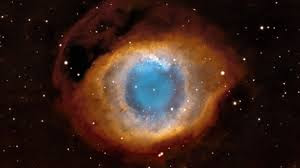 It is a truism, yet one whose truth and its implications is most often forgotten. Not a matter of remote theological musing, but of urgent and immediate challenge, Jews sing of it in prayerful song, in Yigdal, as drawn from Maimonides’ Thirteen Principles, eyn lo d’mut ha’guf v’eyno guf, lo na’aroch elav k’dushato/God has neither bodily form nor substance, holiness beyond compare. It is deeply held in Jewish thought and tradition that God has no body, no physical form. It is for that reason that iconography finds no place in artistic expressions of Jewish faith. And yet…, a small word in whose balance so much hangs, the human being is created in the image of God, b’tzelem elokim (Gen. 1:27). The human being is told to be holy as God is holy (Lev. 19:2), God, whose holiness is beyond compare. It is the human being who carries God’s unformed image in the world and gives it form. That is in part why we are not to create images by which to depict God. God already has an image to represent the Godly in this world, and that is the human being, mortal adam.. 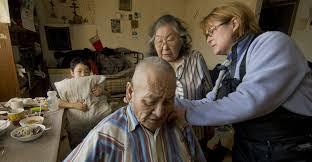 In caring for other human beings, we care not only for God’s representatives in this world, but so too for God’s very likeness, and so we become holy, as God is holy. Beyond perception in itself, God’s likeness is, nevertheless, ever before our eyes. Meant to be cared for, every person carries the precious image of God. Every act that harms another human being is a failure of moral perception, a failure to recognize and acknowledge God’s presence in this world. God has no form or image, and yet over and over and over again, we destroy God’s image, and God weeps with pain. Every word that cuts to the quick of another’s soul cuts to the quick of God’s soul. Every act of callous disregard for the depth of feeling that makes us human is an act of disregard for God’s pleading presence in the world. Every act that harms the body, soul, and psyche of another human being fills the world with cosmic weeping from beyond the world itself. 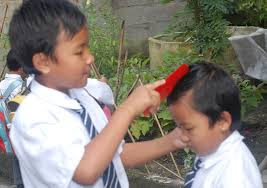 Created in the image of God, the human being carries the divine likeness, reflecting God’s image in all the ways of human diversity, refracting God’s light through deeds of holiness. As a focal point of veneration, therefore, images are not to be fashioned either of God or of people. It would be as though to replace, or displace, the human, and so to displace God. It would be to replace who we are as vessels and means of holiness, in all of our eternal essence, with finite images of stone, or metal, or wood. As a thread that runs through the weekly Torah portion Va’etchanan (Deut. 3:23-7:11), we are both cautioned and commanded not to make images. There are some thirteen direct or indirect references to images and to the way of our perceiving things in the portion. There are four specific prohibitions to the making of images, culminating in the second of the Ten Commandments as carried in Va’etchanan (Deut. 5:6-18), You shall not have another God before My Presence. Do not make yourself a representation/lo ta’aseh l’cha pesel, in the form of an image, nor in the form of any other likeness…. 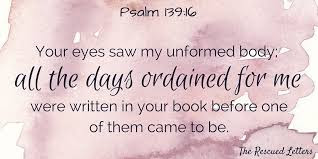 It is not only God who is not to be replaced by an image, but the human being. As its own teaching on care for others as rooted in care for ourselves as bearers of God’s image, introducing the Torah’s several warnings not to create images there is a preface with some form of the word shamor/watch over: as in rak hi’shamer l’cha u’sh’mor naf’sh’cha m’od/only take heed and guard your soul exceedingly Deut. 4:9); v’nishmartem m’od l’naf’sho’teychem/so take heed exceedingly for the sake of your souls… (4:15); hi’sham’ru l’chem/therefore take heed to yourselves (4:23). It is in the various forms of this phrase as a call to watch over ourselves that the rabbis rooted a sacred obligation, a mitzvah, to look after and care for our bodies, to regard the body as holy, a sacred vessel worthy of respect and care.

In its joining of respect and care for the human body as a reflection of God’s image and the prohibition against creating what we might call replacement images, so the Torah roots the moral power of that prohibition. Every single human being is irreplaceable, each one unique and precious in their humanness. Of that moral import, Rabbi Abraham Joshua Heschel writes in a powerfully moving essay in his book, “Man’s Quest for God” (p. 125), “Reverence for God is shown in our reverence for man. The fear you must feel of offending or hurting a human being must be as ultimate as your fear of God. An act of violence is an act of desecration. To be arrogant toward man is to be blasphemous toward God.” Heschel goes on to write (p. 126-127), “What is necessary is not to have a symbol but to be a symbol…. The divine symbolism of man is not in what he has—such as reason or the power of speech—but in what he is potentially…: to be holy as God is holy….” The likeness of God, Heschel writes, “may be defiled, distorted, and forfeited…. The goal of man is to recognize and preserve his likeness or at least to prevent its distortion….”
As Rabbi Heschel teaches, evil finds its root in our failure to recognize God’s image in every human being. In fierce tension, such is the potential for human goodness and the potential for evil. In our failure to live in accord with who we are and are meant to be, in our failure to recognize ourselves and others as bearers of God’s image, the potential for evil is realized. In a nation, a world, a time of so much violence, of so much disregard for each person’s humanity, God’s image is cut down as though it was so much stone, or metal, or wood. 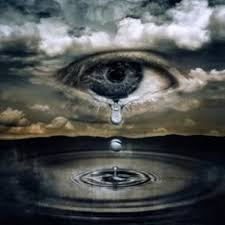 We are the flesh and blood representation of the Holy One. It is that all-inclusive we of humanity that underscores the barbarity of tearing children from their parents’ arms, of hounding human beings as though they were so much vermin, of speaking in ways to demean and belittle, of wars, of nuclear imaginings, of disregard for the very earth on which we live and strive. And God weeps and mourns for the image-bearers, groaning with the pain of God’s flesh and blood children. 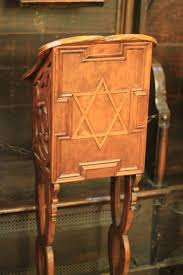 At the end of a day while in Prague recently, a day when I had traveled to Terezin, one of so many hells on earth where human beings were burned as though wood, or stone, or metal, I prayed at the Alt Neue Shul, most famous of Prague’s synagogues. It is the synagogue where the Maharal of Prague, Rabbi Yehudah Loew, prayed, the place where so long ago he learned and taught and wrote his books. I stood directly across from the seat that had once been his, no longer used since the 15th century in deference to him, still his seat.     It was my father’s sh’loshim, the thirtieth day since his funeral. As I rose to say Kaddish, the memorial prayer for the dead that speaks only of life, so too did the one member of the local community, saying Kaddish as a matter of course for all of those for whom there is no one to say Kaddish. When the man realized that I was a mourner, he lowered his voice and motioned to me in deference. I was overcome with emotion, trying mightily to stem the flow of tears as they rose with the sacred words carried on my voice. As well as for my dad, I realized that I was saying Kaddish for all those nameless souls, there in the synagogue of the Maharal, across from his seat, words rising to the vaulted ceilings and then beyond.
On portion Va’etchanan, the Maharal wrote on the matter of images, a teaching to remind of what is ultimate, of the human being who is not to be displaced: ki v’tzelem elokim bara et ha’adam/for in the image of God did God create the human, and since the human was created in the image of God, hinei/behold, k’mo she’ha’shem yisborach hu/the human is like the holy blessed one…, she’ha’adam she’hu nivra b’tzalmo hu kolel kol olamo/for as the human is created in God’s image, the human contains all of God’s world… (Gur Aryeh, vol. 5., p. 31). 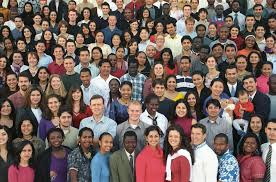 Of urgent and ultimate truth, of challenge as immediate as the day’s wrenching news, God’s formless presence is crystallized in the form of every human being. Such is our potential to be vessels of holiness, our choice through deeds of goodness to be reminders of God’s presence.
Beyond the work of human hands in stone, or metal, or wood, of imperishable essence before the edicts of pharaohs, fuehrers, or presidents, before the fires of hell on earth in which Jewish bodies were burned, every human being is of ultimate meaning. Caring for and honoring the flesh and blood reality of each one’s being, tending to the needs of each one’s soul, so we honor the formless Holy One, source of all life in whose image we are created.