First to Cry Out in Horror, then to Raise up Sparks -- Torah’s Challenge from within its Own “Harsh Passages”


The pain was palpable around the learning table. How to enter the harshness of the passage, even as it seems the Torah itself wishes to soften what it knows to be wrong in its essence? How do we read through the lens of our own sensibilities words that hurt and discomfort, words that describe a situation that never should have come to be? Yet it does come to be, then and now, over and over and over again. It is one more instance of the brutality that people bring upon each other, reflected not in the news of the day, but in our holiest text. Regardless of how the details vary, of time and context, in the varied guise of people and place, degrees of sophistication in the ways of our hurting others, so we have done and so we continue to do. 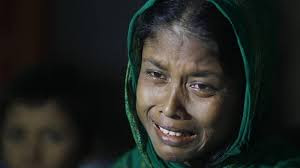 This weekly Torah portion Ki Tetze (Deut. 21:10-25:19), opens in the midst of what Rabbi Abraham Joshua Heschel describes so helpfully as one of the “harsh passages” of the Torah. Whether of life or of Torah, we struggle to know if this is what defines the essence. Is this the Torah? Is this life? Is this what it is all about, what we are left with when all else is scraped away? The portion opens, ki tetze la’milchamah al oy’vecha/when you go forth to war against your enemies, and, God, your God, delivers one of them into your hand, and you will take his captives, and you see among the captives a woman of beautiful form, you desire her and you take her as your wife.... It is the pain of women that sears the pages. Perhaps that is why it is there, to help us appreciate the pain of others by seeing the pain of those most vulnerable, those most in need of empathy and help, as in the constant reminder of our duty to the orphan, the widow, and the stranger. And here it is the woman, torn from her family, her people, her land to become another’s wife, to be forcibly married to a soldier who has been drawn to her body.  First we cry out with horror for such debasement of women, not to see in the controlled license given to the solder an act of sensitivity, but a glimmering of sensitivity that bids us to complete it. Before we can act on that glimmering, though, first we need to address the situation for what it is—rape—in the context of a forced and unequal marriage. 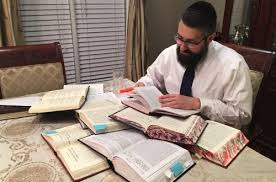 It is painful to read these verses, painful to share them, to draw attention to them. And yet I do, because if we avoid what is painful, fearing to engage with the harsh passages of Torah and life, then we shall never transcend them. For all of the pain in life, we see and feel the warmth of a summer’s sun; we delight in the gleeful and oblivious laughter of children, in the spark of love when people are truly drawn to each other as equals. We witness within ourselves and in the world around us the power of kindness to transform and transcend. We stay engaged because we are alive, we are human, we have no choice if we would feel and affirm goodness and hope, a future for those very children whose laughter keeps us engaged. 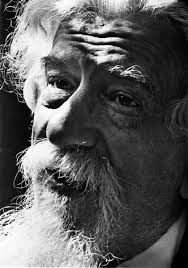 In the face of the very harshness that he identifies, Rabbi Heschel responds out of the pain of his own soul.        Having witnessed enough of human brutality, fleeing the fires of Europe, much of his family having remained and been consumed, he describes the “harsh passages” as seeming “to be incompatible with our certainty of the compassion of God.” Wrestling for his sake and ours, he writes (God in Search of Man, p. 268), “the standards by which those passages are criticized are impressed upon us by the Bible…, which is the main factor in ennobling our conscience and in endowing us with the sensitivity that rebels against all cruelty….” He reminds us that the “harsh passages” do not represent abiding values, that they are not prescribed as a way of behavior, “that they stand in sharp contrast with the compassion, justice, and wisdom of the laws that were legislated for all times.

We scream, we cry out, and we ask where do go from here and how do we get there? The Torah is a context for struggle. It is called Torat Chayyim/Living Torah, Torah of Life. It is real and often as seamy and sordid as it is sublime, a reflection of life in all realms of life. We are meant to wrestle and to struggle with life as it is reflected in Torah in order to learn how to struggle with life as it happens around us. The challenge is to learn the ways of redirecting the violence, of transcending and transforming the seamy and the sordid, of text and of life. That is why we engage with texts, to learn about life and how to live. The Torah is holy because it challenges us to be holy, not only through exhortation, but through engagement with the profane as well as the sacred, all part of life. Moved by the beauty of creation as it is in the world around us and by the words of B’reishit/Genesis that describe the world’s coming to be, moved by the laughter of the children and of the flowers that sway in a summer’s breeze, we know that it is “the compassion, justice, and wisdom” that are meant to abide for all time, the vision and the way until we get there, when the harsh passages shall be but a memory of a long and arduous journey. 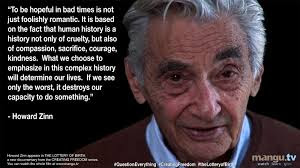 We take a breath around the table. There is a glimmering that rises through the pain. The law that the soldier is to marry a woman that he is drawn to hurts in its incompleteness, and yet it is a glimmering, a channeling on some most basic level, an effort to redirect initial passion, perhaps to prevent rape on the battlefield, so incomplete, but a glimmering. Perhaps? The challenge then is where do we go from here…; from there in the Torah to here amidst the churning of our own gentler sensibilities, from here to there…, to a time when the harsh passages shall have been smoothed away by the very gentleness that allows us, that demands of us to feel such pain.

The rabbis spoke of this law, in all of its incompleteness, as a context of struggle with the yetzer ho’rah/evil inclination: lo dibra torah eleh k’neged yetzer ho’rah/the Torah speaks only as counter to the evil inclination (Kiddushin 21b). Some say the statement is only about this context of struggle, the soldier on the battlefield. And yet, from the most extreme context of violence in which this teaching is set, the context of war and its brutality, a way is set to help us find the way out. For the Chassidic teachers, the context of war in the Torah becomes a context in which to face our own inner struggles with the evil inclination and our own demons, to wrestle toward the transformation and redirection of the less than admirable forces within our selves. These are the very forces, anger, greed, lust, self-loathing, which on a mass scale if left unchecked can precipitate the ways of war, violence, and rape that the Chassidic teachers seek to transform. The surface meaning and context, the p’shat of the text, is immediately transformed, deftly turned with gentle hand as though to say this is not the way, the transformation of words pointing the way to the transformation of reality. 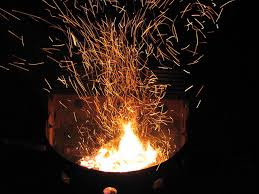 Rabbi Abraham Joshua Heschel of Apta, the Apta Rov, called the Ohev Yisrael/Lover of Israel, ancestor of our Rabbi Heschel, a thread unfolding through the generations, transforms the very verse that is the source of our pain. Of the captive referred to in the opening verse of the parsha, this refers to the holy sparks that were scattered, and engulfed, and locked away, and confused in all the external realities of the world….         Our task is not to abuse and betray one another, but to raise up those scattered sparks of holiness and return them to their source, thereby creating a world of wholeness.    Referring to us, and so to encourage, the Apta teaches of the vision and the way, of how to get from then to now, from here to there, b’ma’asehem ha’tovim, u’v’machshavtam ha’t’horah hayu podim otam me’ha’sh’vi/through their good deeds, and through their pure thoughts, shall they redeem them (the holy sparks) from captivity.

What may be the most startling transformation of the text, and so of war and violence, is in the commentary to this passage of Rabbi Tzvi Elimelech of Dinov in his work Igra d’Kallah, fittingly, The Letter of the Bride. 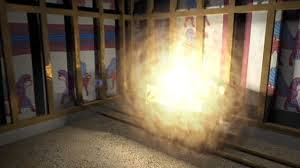 The Dinover teaches that the captive woman is none other than the Sh’china, God’s female presence in the world: l’derech ha’m’kubalim/in the way of the kabbalists/mystics, kol ha’parasha m’daber al golus ha’sh’china/the entire portion is speaking about the exile of the sh’china/she’hi b’shiv’ya/for she is in captivity. The harsh passage is softened, touched by sparks of light, in the way of our reading and making our way through it, in the challenge leveled from within at the violence of its own context. 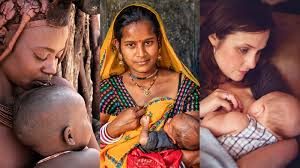 Reading through the lens of my own experience of text and life as a male, I acknowledge with humility that the possibility of so re-creating the p’shat/surface meaning is, of course, rooted in the painful real-life experience of women as reflected in the words of Torah themselves. The challenge and the glimmerings of response also begin in the Torah itself, awaiting completion through us. Raising the nascent sparks to fullness, it is for us to liberate the captive by insuring, first and foremost, that such brutality doesn’t occur in the first place. Our task is to free the captive woman of Ki Tetze, as everywoman and as Sh’china, allowing her gentleness to flow out into the world, softening its harshness with her motherly love, and ours.