Things Not to Divide, but to Join and Celebrate


We can probably safely say that we all have too many things, too much stuff. There are those things, though, that are different, that are not about money or intrinsic value, that when we see them, even out of the corner of an eye, bring a smile to our lips or a welling to our eyes. These things are "the sacred stuff of memory." Pause for a moment, even to close your eyes if you wish, and call to mind some of those things that for you are the sacred stuff of memory. Perhaps for some, it is a table cloth that comes to mind, one that graced a table around which family sat at special times of gathering, and even now when set upon the table of your heart, here they are again, if but for a moment, a smile of pride, a word of encouragement, as long ago, but now to say, "keep going, you'll be okay, set the old cloth upon a new table and place upon it the sacred stuff of future memories." 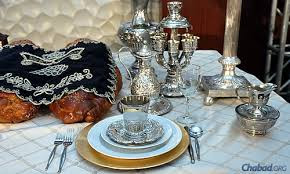 Perhaps it is a pair of candlesticks passed through generations, telling of a family's migrations, children whose faces were once illumined by the dancing flames, now grown with children of their own; or of brand new little ones whose eyes are just starting to open wide to the wonder of light. Or a book with fading margin notes, as though just written for you today; a string of pearls that was your mother's, or a tool, or ritual item, a ball or a bat, an article of clothing perhaps, a sweater worn when a hug is needed from the one who wore it once, her or his warmth forever inhering in the warp and woof of life's threads. 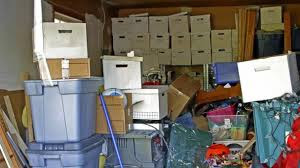 There is stuff and there is stuff. The challenge is to distinguish and to weigh, not merely to acquire, not to hold and hoard.   When ultimate meaning is given even to the most precious of things, it becomes idolatry. Judaism is not an ascetic tradition, not a religion in its normative strand that devalues the physical, but offers a framework through which to envelope the physical in a weave of holiness. Drink is not in principle to be eschewed, but to be held in a kiddush cup, blessing offered prior to partaking. Sex is holy when held in the embrace of love and respect, as a bridge and song between equal partners. Money is not inherently evil when kept in perspective, when not allowed to be the measure of a person’s worth, when seen not as a source of privilege, but of obligation, of mitzvah, as in the way of tzedakah.

A thread runs the Torah portion Naso (Num. 4:21-7:89) that interweaves people and possessions as part of one whole. As a delicate embroidery thread, it offers subtle teaching and warning on the nature of our relationship to things and to each other, to the physical and material realm. It is all part of life, the question only as to how we use the things we are given and how equal we are in our ability to acquire. Through the lens of Torah, the ideal society that shimmers in the distance is one with little discrepancy between ideal and real, with little need for terms of social dichotomy, such as rich and poor. Along the way and even once we are there, the challenge of things is in how they mediate relationships, meant to join, not to divide, to attune us to the needs of others, to inculcate sensitivity.

The word naso is formed of a root meaning to lift, to carry, to take, to bear, to raise. The prince of each tribe is the Nasi. The word tells of a very different way of leadership than is most often manifest. A leader is one who is meant to raise up, to lift the people, not in the way of carrying and doing for them, but to raise them up to be of equal stature, reminding the people that each one is meant to be a leader, a bearer of the people. Each one is needed to help carry the collective hopes of the people and to engage in the work needed for the fulfillment and flowering of hope. Celebrating this manner of leadership, Rabbi Samson Raphael Hirsch (19th century Germany) writes, They were the n’si’ei yisra’el, Israel’s ‘bearers who had been raised,’ those who by their position stood at the height of the national mission and from that position were to elevate the nation to equal height…. The responsibility of leadership was not to be rooted in what one possessed, but in one’s ability to insure that none would be dispossessed of their sacred calling as a human being and member of human society. 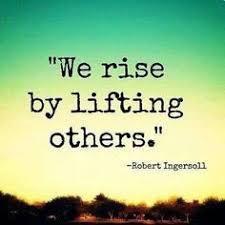 As we lift and carry each other as part of a collective mission to create a society in which all are equal, in which none bask in abundance while others starve, God’s blessing is called down upon us in equal measure. The beloved words of the Birkat Kohanim/the Pristly Blessing (Num. 6:24-27) are found in the portion Naso. In the familiar first phrase, y’vare’ch’cha ha’shem v’yish’m’recha/may God bless you and protect you, commentators see the tension between the blessing of things and what can become the unwitting curse of the same things. In this way, we ask God to bless us in the material realm, and so too, to protect us from those very things with which we are blessed.

The role and attendant vow of the Nazir/the Nazirite is given in the same portion, the opportunity for each person to separate himself or herself at times in holy retreat from the ordinary flow of life. Taking on a temporary way of abstinence, the Nazir is to refrain from products of the grape, to let their hair grow wild, to refrain from contact with the dead. At the end of the period of the Nazarite’s vow, a sin offering is to be brought, a reminder that abstinence from the ways and pleasures of life is not our way. The Slonimer Rebbe teaches, for the essence of creation and the essence of serving God is to engage in all realms of the material world and to raise them up to the Holy One. The goal is not to avoid this world, but to engage and raise up the ways of this world to God. 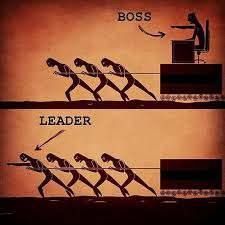 As Parashat Naso begins with teaching on the way of leadership as service so it ends. Raising each other up, the princes of Israel teach by example, modeling a way of things used to join and not divide. In a lengthy passage that might be quickly passed over for its abundance of repetitive details, with careful reading deep meaning emerges. On each day of the sanctuary’s dedication a different prince is to bring their tribe’s gift for the sake of the commonweal. We are told at the outset, nasi echad la’yom nasi echad la’yom/one prince to the day one prince to the day. Each one is to have their moment, emphasized in the double saying of the phrase. As the long list unfolds of what each prince brings, we quickly come to realize that each prince has brought exactly the same gifts, no difference whatsoever in substance, weight, or measure. The lesson becomes clear, no one is to be raised up higher than another, no one more important or of greater value or honor than another. Brought in a spirit of caring and cooperation rather than competition, the gifts are meant to join and uplift, not to separate and bring down. As each day turns to the next, though the gifts of each prince are described with exactly the same words, there is not a single letter vav, not a single conjunction between them. A collective celebration of each one’s uniqueness, each tribe stands on its own, each with its own place and time, their own day in the sun. 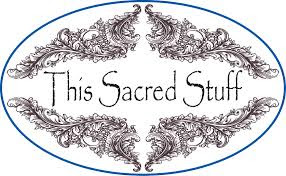 The challenge is to raise up our things to serve a greater purpose than acquisition, things as the “sacred stuff of memory” to tell of people that came before and of those who shall come after. And simply of the stuff in our lives, putting things in perspective, we are all to be as the n’si’ei yisra’el/the bearers of Israel, and so as part of the human family.     Our common task is to raise each other up, things not to divide, but to join and celebrate, each one’s presence and each one’s gifts to be  honored in equal measure if we would dwell together in the sanctuary of humanity.