The "Yoga of clean-up" 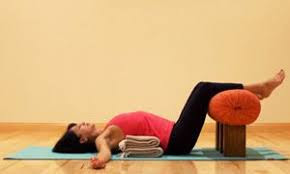 For years I studied with a yoga teacher who delighted in finding ways to make difficult yoga postures restorative for me.  She  would encourage me to use every bit of equipment available to support my body so that I could assume a posture and rest in it.  By the end of a session the space would be cluttered with bolsters, mats, blocks, straps, cushions and blankets - all used in the service of my practice.    And then, at the end of a gloriously restful “final relaxation”   she would sweetly bring me back into the present moment and whisper “and now for the yoga of clean-up.” 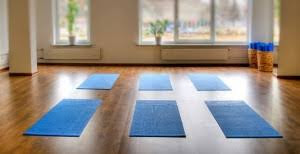 It took me quite a few sessions to  integrate the cleaning up of the yoga space into my practice as a continuation of all that I had learned in the sessions.   Leaving the yoga space in an orderly condition is part of my yoga practice.

I probably would not be described as  fanatical housekeeper.  I can live with a bit of dust for awhile.  I don’t have to empty the dish drainer before company comes.   OK -so I am a bit fussy about the bathroom.  But lately, I have taken to doing a lot of yard work, going after weeds with a vengeance, brooming cobwebs off the exterior logs of our home, scraping and painting the foundations, cleaning out flower beds, trimming back bushes and raking the yard smooth - - trying to bring a sense of order and serenity to the space that surrounds our home.   Curiously, I have had a lot of energy for this endeavor. 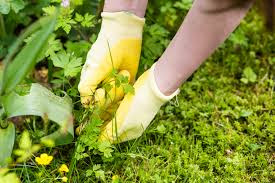 The pay-off has been  my enjoyment of a sense of pleasure as I walk about our simple yard.  We have an “island” landscape and lawn- which means no beautiful green grass to be mowed,  no manicured gardens,  no sculpted shrubberies.  Basically we just keep the “jungle” from encroaching too much.  And yet, there is still this inner urge to create an orderly, serene space around our home.

I have been reflecting on my need to create order.  I could become compulsive about it.  I realized that my tolerance for chaos has been and continues to be severely tested by the relentless assault on my sense of order - whether it is the terrible chaos at our southern border, and the human suffering it has unleashed, or the great uncertainty of the anticipation of full blown trade wars.  The orderliness of civility and common decency staggers under the daily beatings.  As summer unfolds on our lovely island and the multitudes come to enjoy the sun and sand, the level of aggression and in-civility is noticeably worse than last year during the first two weeks of July. 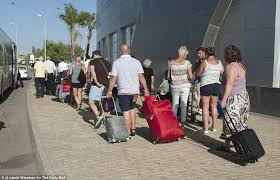 We come to expect that this will be the case in August as weariness and over crowding take their toll, but I have heard many people say with a bit of  dismay that “the August people are here early this year.”   It is metaphorical language pointing  to the increased stress  we are somehow expected to live with while coping with a world of chaotic and unpredictable behavior that affects us all at some level.   Our island home is a microcosm.   And we struggle to maintain our balance, to choose a higher way in the face of enormous incursions on our sense of  community, our sense of  civility and decency and self respect, of respect for one another.

Alan Morinis in his book “Every Day Holiness”  writes that “....disorder inevitably involves some sort of dishonor.  The only question is, what or who is the target of dishonor?”   He says “It’s interesting that we use the phrase “unholy mess” to describe a situation that has really been trashed, because to be disorderly dishonors  [not only human beings, but] inanimate things that are also part of our lives and may also be our responsibility....The real “unholy mess,” of course, is the disorder we bring to divine service, in whatever ways we might serve God, which dishonors HaShem....All of us are, after all, made in the divine image, and so when we dishonor people we dishonor God...”

Morinis’ reflection on how disorder dishonors human beings and creation, and ultimately dishonors the Source of all life  brought my unnamed stress into focus.The “Trump Era” has  elevated disorder to the level of an art and with this nurturing of disorder comes the most fundamental disrespect and dishonoring of  human beings, of the environment, of hard won (even though imperfect) working relationships between both allies and adversaries, and ultimately the disrespect of the  Source of life - - however we might name it.

There are days when it is so hard to live joyfully in the face of such disorder and disrespect of the holiness of Life.   “Hegemony” isn’t a word I use every day.  It came into my vocabulary years ago in seminary.  I had to look it up again to be sure I was understanding it correctly.   It means “a preponderant influence or authority.”    We are living under the hegemony of the “Trump Era” - - a time when chaos and disorder, disrespect and dishonoring color so much of life around us.   It creates stress in every corner of life.  As I age, I find it difficult to do the big actions that might effect change.  It is easy to get lost in feeling so small.    There is a danger inherent in allowing myself to sink into that smallness though. 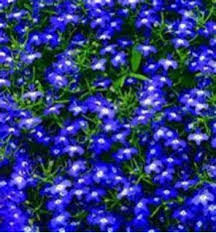 So, a bit of yoga practice helps.   The simple act of organizing the space around me in a harmonious way makes a difference. Filling  a few flower pots with bright blue lobelia creates a moment of beauty on the  way into the house.   Scraping off flaking paint to create a smooth surface for fresh color fills a need to bring  something new and clean into being.  Creating an orderly space honors and respects the lovely humans who cross my threshold.   Small bits of color and beauty sooth the spirit and restore a sense of harmony in a disordered world.   I’m grateful to my yoga teacher who so gently awakened me to the “yoga of clean-up.”