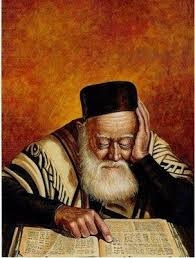 About 2000 years ago, a gentile came to Rabbi Shammai, one of the great teachers of Israel.  The gentile said he would convert to Judaism if Shammai could teach him the whole Torah in the time that he could stand on one foot.  Rabbi Shammai was an engineer and he was known for the strictness of his views.  He drove the man away with his builder’s measuring stick.  Then the gentile went to Rabbi Hillel with the same challenge.  "I will convert to Judaism if you can teach me the whole of Torah while I stand on one foot."  Rabbi Hillel converted the gentile by telling him  “That which is hateful to you, do not do to anyone else.  That is the whole of Torah.  The rest is commentary and explanation.  Go and study it.” 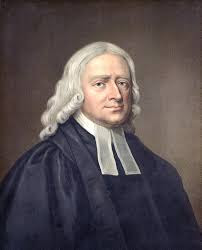 For some reason, reading this classic Jewish story brought  John Wesley, founder of Methodism, to mind.  He was a prolific writer.  There are volumes and volumes of his writings, his prayers, and his theology.   It is highly  unlikely, however, that multitudes will ever come to salvation through reading his collected works - - just as most of us will not ever come to salvation by trying to commit to memory the entirety of all the wisdom in the Bible.  But, like Rabbi Hillel, Wesley also had a genius for creating a briefer version of what was central to his teaching and theology, something that his early followers could easily remember and relate to.  His “General Rules”  encapsulated his theology and his guidance for newly forming societies of believers who would come to be called “Methodists.”  The General Rules were to be used as a way of guiding those early groups in how to conduct their lives individually and in community.
John Wesley’s body of theological thought is complex and extensive.  It is  challenging – and it is foundational to understanding the depth of the General Rules.  But the rules represent the essence.  And the first of the rules encapsulates the rest. Wesley taught:  “First – do no harm.”  Rabbi Hillel's words echo in the background:  The rest is commentary and explanation.  Go and study.” 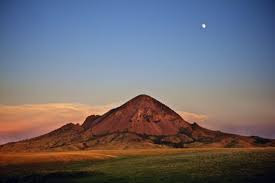 “Do no harm.”   What might that mean for us today?  If Wesley were here, what might he include in his notion of not harming?  Would he think about the care of the planet?  I wonder if he would stand on the rocks at a threatened and vulnerable beach on the coast of Maine or on the crest of Bear Butte in South Dakota and shout to whoever would listen “Do No Harm!”  to this fragile environment.  Maybe he would stake out a spot at a major city intersection – cautioning frustrated, frazzled drivers with cell phones in hand to “Do No Harm!”  Perhaps he would see a child being shamed in public and take the parent aside and whisper “do no harm!” 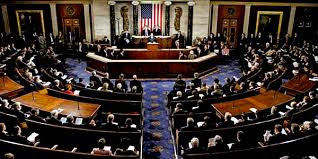 I like to think he would have a voice in congress when our lawmakers are considering massive cuts to social welfare programs, or punitive solutions to immigration issues, or discriminatory laws affecting women and LGBTQ folks. Perhaps he would stride up and down the aisles shouting  “Do no harm!”
Those simple words are a great challenge in a complex and  frustrating world.  What would our days be like if “Do no harm” was the first thing in our minds when we woke up in the morning. Might our lives become more holy if our days were structured by the intention to do no harm?  Would we temper our speech?  Would the words remind us never to do or say something to another person that we would not want them to do or say to us?  Would Wesley’s rule encourage us to speak out when, indeed, we see the potential harm in any debate or law or action going on around us? 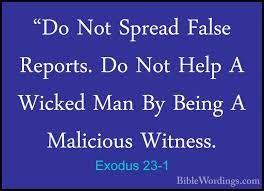 The Book of Exodus contains more than a few notions of what it means to “do no harm”: “Do not spread false report.”  (It might mean biting off the ends of our tongues before passing on a choice comment or bit of gossip.) 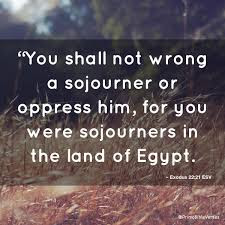 Do not side with the majority so as to pervert justice.  (Just because most people are in favor of something doesn’t make it right.) Jesus challenges us with the words “Do not judge - - do not condemn” -    First – do no harm.  It’s pretty comprehensive.

The General Rules don’t stop  with the prohibition against doing harm.  Wesley includes a second general rule.  A little wordier, but pithy, nonetheless: “It is expected of all who continue in these societies that they should continue to evidence their desire of salvation, secondly, by doing good - - by being in every kind merciful after their power; as they have opportunity, doing good of every possible sort, and, as far as possible, to all people.”

The second general rule echoes the words of  Jesus: ”Love your enemies, do good to those who hate you, bless those who curse you, pray for those who abuse you.”  Once again in Exodus there is an illustration of the combined principles of “do no harm - -do good”:
the wisdom of Exodus 23:5: “When you see the donkey of someone who hates you lying on the ground under its load, and you would hold back from setting it free, you must help to set it free.”  What on earth does helping an over-laden donkey have to do with anything?  Well - - To whom does the donkey belong?   Why – lo and behold!  - - It belongs to someone who hates you.  You feel absolutely justified in leaving it alone.  But the command is to help set it free.  Who do you have to help in order to set the donkey free?  Well – of course - -the owner who hates you!  What does this accomplish?  It fulfills the command to “do no harm”    It fulfills the teaching to refrain from doing something hateful to another being – even if it is a donkey.  And – it fulfills the command to do good.  By helping an enemy, the possibility for a positive relationship is set in motion. The dynamics of a relationship are changed.  A certain kind of redemption is set in motion.  It is amazing how more than 3000 years of wisdom and religious teaching interweave.  Jewish law says help your enemy set his loaded donkey upright. 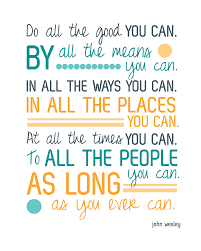 Jesus says do good to those who hate you.  Wesley says do no harm – do good.
All of these challenges are intended to wake us up to living our lives with the highest possible intention for good. Rabbi Art Green sums it all up this way: “Our faith awakens us from the sleep of unawareness and calls us to release the bound, to raise up the fallen, to uplift those who are bent over.  In this we are doing godly work, serving as the limbs of the divine presence in this world.  It is only through our acting in this way that God’s work is done in the human community.  And it is only by recognizing such acts as God’s work that we transcend ourselves and our own needs in fulfilling them.” 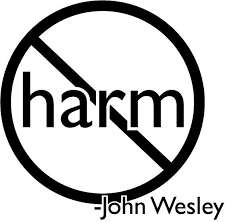 First – do no harm.  This is a great starting place.  We can all refrain from harming ourselves, others, the world, by creating our intention each day.  It is within the power of every one of us to do no harm. If we got no farther than that, our lives would be of service to God.  But we are also called to be pro-active – to do good whenever there is opportunity to do so.  Wesley took this seriously as he constructed his own life and the religious community that became the Methodists.  His famous dictum is:
“Do all the good you can, by all the means you can, in all the ways you can, in all the places you can, at all the times you can, to all the people you can, as long as ever you can.”   So – there it is:  Do no harm.  Do good.  All the rest is commentary and explanation.  Go and study it.  Go and live it.