We Will Do and We Will Understand 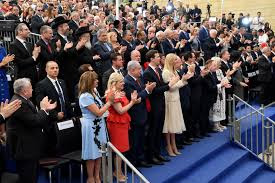 I began to weep as I stood in the kitchen that day, and heard the news of yet another school shooting. This one in Texas, ten dead, eight students and two teachers. Such had been that painful week for all of us, for this poor, sorrowing world, for this nation, sick in the grip of its plague. So too had the week began, with far away gunfire ever so close, sixty Palestinians dead on the Gaza border, the grip of plague in Israel too. Oblivion seemed to reign in the face of such loss of life, while people from another planet partied in Jerusalem on the opening of the American Embassy, blood on their hands, on our hands.

It was the prelude to Shavuous, the feast of weeks, second of the year’s three harvest festivals that mark the seasons in the Jewish calendar. It was the Torah portion of Bamidbar/In the Desert, the turning of Torah calling us to turn, to seek a new way. We come to Sinai and are reminded of the greatest unity that ever joined the Jewish people as one, in that moment when the Torah was given and we spoke with one voice and said, na’aseh v’nishma/we will do and we will understand. We are still trying to learn what to do, what it means to live the values of Torah, to live human values, humane values, still waiting to understand, waiting for the way to open. Through acts of love and compassion, we are touched by intimations of what it means to love our neighbor as ourselves, not to oppress or mistreat the stranger, to provide for the orphan, the widow, the stranger, the most vulnerable among us, and so to be holy as God, our God, is holy. 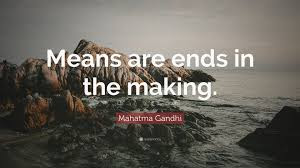 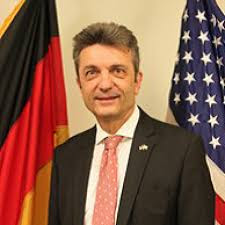 I had an intimation during that week of what it might mean to act and only then to understand, receiving an unexpected gift, a moment of pause in the midst of all the sorrow. It was from the beginning a bittersweet evening, invited to a gathering of friends of the German Consul General to New England, Mr. Ralf Horlemann, a gathering of those whom he had touched in his time in Boston. My own life was touched deeply as part of the journey of twelve rabbis to Germany two summers ago, Ralf our guide on a Journey of Remembrance and Hope. Whenever I need a moment of catharsis I close my eyes and feel the hot torrent of tears that poured down my face at Dachau, Ralf crying with us. It was a transformative journey, one through which I will always be joined to Ralf, son of a German soldier from then, and a Jew who had vowed never to go to Germany. 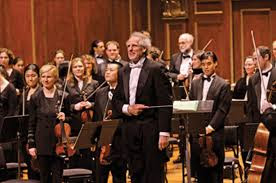 Of people joined across divides, the gathering was held in an art gallery, a Holocaust survivor’s tormented art upon the walls. After words were spoken, words were then transcended as a string quartet of young musicians lifted their instruments and began to play. Members of the Boston Philharmonic Youth Orchestra, they were led by Maestro Benjamin Zander. It was not a concert, but in effect a master class, the Maestro dancing among them, singing the notes from memory, so loving and as enthralled as we were. Suddenly he would stop the violinist, asking of her feelings in such a moment of loss of which her instrument sang. And then the deeper feeling came through as bow returned to strings, bringing tears to all of us. And to the cellist he said to raise his eyebrows, show the surprise and magic of the music and the moment. He emphasized the importance of the second violin, the message clear, that each one has their own task and purpose, each one so needed for the gift of their presence.

So the lessons continued to come, the bittersweet teachings of the bittersweet gathering, sweetness somehow touching the bitterness of that week. The Maestro spoke of these young musicians, from Russia, from Asia, from North Carolina, joined across whatever might divide. “They all speak Beethoven,” he said. He modeled the finest way of the teacher, how to correct without hurting, doing so with such love, with such joy. Suddenly stopping the music, he said how perfect it was, and then said, “that is what Motzart wrote, but it’s not what he meant….” It was a lesson in Torah, the written Torah of notes on paper, and the oral Torah of soul and spirit interpreting. 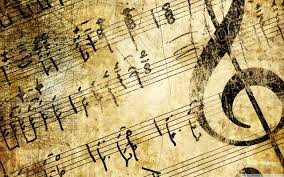 In sharing words of friendship with Ralf, the Maestro told of his own father as a young man, a Jewish soldier in the German army of World War I. He told of how his grandmother would send her son music scores that he would bring to life in a place of death, giving wing to notes on paper, song rising from the trenches.           And now Maestro Zander has those scores, precious reminders of hope, of a universal language, that one day the song of the human heart might transcend inhumanity and violence. Then the whole world shall stand as we did at Sinai, saying with one voice “we will do and we will understand….”