Uprooting Racism and Colonialism: An exercise in historical theology

Politico and other news media reported recently that the president has advanced the idea that Native Americans are a race, and not sovereign nations. I argue in this article that this is a racist idea rooted in the history of white domination, subjugation, and exploitation of Indians and the history of Indian genocide, which Native scholar Elizabeth Cook-Lynn calls, “The Disavowed Crime Lurking at the Heart of America” (Cook-Lynn 2007: 185–95). We must expose this criminal history and oppose the president’s plan. 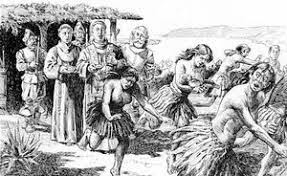 For centuries Native Americans have been targeted as the “objects” of Christian missionary zeal. White missionaries were intent on “civilizing and Christianizing” Indians, whom they branded as “savages,” “heathens,” “pagans,” and worse. Steven T. Newcomb argues in Pagans in the Promised Land that this enthusiasm was and is rooted in “Christian Nations Theory.” He explains as follows:
“The United States has the right to exercise ultimate control over American Indian nations simply because Christians ‘discovered’ non-Christian lands and simply because Christians supposedly succeeded in conquering the ‘heathen’ nations of North America” (Newcomb 2008: 117). 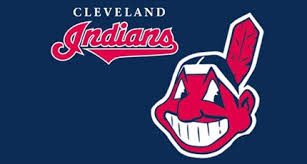 According to Christian Nations Theory, indigenous peoples appeared to be human beings, but because they were not baptized into the Christian faith they lacked both morality and basic human rights (Newcomb 2008: 108). Euro-American Christians thought of themselves as guardians and purveyors of Christian morality and culture, defending the same against Indians, whom they called “wild beasts,” “savages,” “pagans,” and “heathens.” Such stereotyping dehumanized Indians, and at the same time it created a shared identity among white people. The residue of this painful history is displayed in the contemporary use of disparaging images of Indians in sports logos, and in the president’s proposal.
According to Robert A. Williams, Jr. the word “stereotype” gained currency in the US in the nineteenth century when Walter Lippmann featured the term prominently in his book, Public Opinion (1922). Lippmann called stereotypes “pictures in our heads” (Williams 2012: 2). These pictures function even now as “identity badges” for Native Americans who are still required by law to identify themselves as tribal persons in order to sustain treaty rights, which otherwise would be denied, and to get permission to hunt or gather domestic or religious material from the countryside (Cook-Lynn 2001: 190). 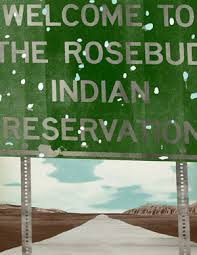 It is an ironic twist of history that “reservations” for American Indians have become a new flash point of conflict between the dominant culture and Native peoples. Observes Cook-Lynn: “Some suggest that ‘reservations’ for American Indians in the West were and are extermination centers, and it may have been the intent of the predatory democracy called the United States of America to kindle in this way an end either by death and starvation or economic destruction for the native peoples with whom they had fought wars of annihilation for many decades for possession of the land.” But, she notes, “The citizens of Indian nations now believe ‘reservations’ to be their homelands, and they defend them legally and economically on a daily basis.                 . . . [Reservations are] treaty-protected enclaves, now called domestic ‘nations-within-a-nation,’” (2001: 191, 192). The president’s proposal to identify Indians as race would deny them their political status. Many people view the proposed shift as advancing an agenda of cultural and economic genocide because it would put the lives of many Natives at even greater risk than they are now, and it would deny them the necessary resources for self-determination. Tribal leaders argue in response that their status as sovereign governments was recognized by President George Washington and more recently affirmed by presidents Clinton, George Walker Bush, and Obama. 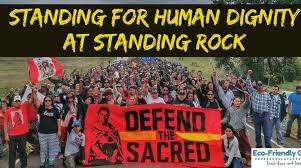 Though largely unreported by the mainstream media unless there are major confrontations such as happened in 2017 at the Standing Rock Sioux Reservation when Indian nations and water protectors sought to protect treaty rights that were being violated by the Energy Transfer Partnership and local, state, and federal law enforcement agencies, issues related to tribal rights and the sovereignty of Indian nations are test cases for uprooting racism and colonialism.
Steven Newcomb’s definition of colonization is worth quoting at length here to remind us that this is still the reality:
“Colonization can be thought of in terms of steps involved in a process of cultivation: taking control of the indigenous soil, uprooting the existing indigenous plants (peoples), overturning the soil (the indigenous way of life), planting new colonial seeds (people) or transplanting colonial plants (people) from another environment, and harvesting the resulting crops (resources) or else picking the fruits (wealth) that result from the labor of cultivation (colonization). . . . From a Christian European colonizing perspective, the indigenous peoples are considered as being among those solids (objects) that must be filtered out of (or expunged and washed from) the land in order to acquire that which is most valuable . . . that can be transmuted into wealth to fuel the economy and enrich the elite of the imperium” (Newcomb 2008: 14–15).

Fortunately there is a growing international consensus that offers an alternative future—a future that recognizes the humanity and rights of indigenous peoples. This emerging consensus is embodied in the United Nations Declaration on the Rights of Indigenous Peoples and other international agreements. These documents and agreements chart a path into a future beyond racism and colonialism. 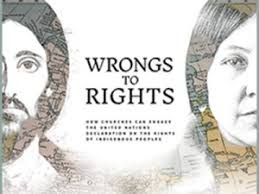 There are also significant theological traditions upon which Christians can build, beginning with the foundational claim that all people are created in the image of God and, in the words of the Declaration of Independence, “endowed by their Creator with certain inalienable rights.” Additionally, we can refer to the “innovation of Christ,” a phrase coined by Will Herzog as a way of moving away from the classic idea of the “imitation of Christ.” Joerg Rieger adopted this phrase in his book Remembering the Poor, and identified the following elements (Rieger 1998: 174). One is mapping out plans and paths into the future that will reduce pain and suffering. These maps must be drawn with an awareness of the terrain of past and present experiences of oppression and repression. Second, as cartographers of the future, we must make strong connections between the present, as understood by the experiences of those who are marginalized and oppressed, and shared hopes for a future that has not yet attained its full form. Third, we must pay attention to the distribution and use of wealth, power, and authority in our society. Rieger notes: “The most pressing problem of modern theology is not that it has become relegated to the private sphere of the modern self, an often repeated criticism, but that theology has become politicized without being aware of it” (1998: 185–86). Lastly, he calls Christians to reclaim the power of the Eucharist. Citing first the work of Gustavo Gutiérrez who proclaimed: “Here, on the terrain of real life, among the poorest, is where the eucharistic celebration takes on its full meaning of sharing in the death and resurrection of Christ,” Rieger goes on to write: “The power of the Eucharist is experienced in new ways where the conflicts and brokenness of poor people are included. In this context, the Eucharist becomes one of the nodal points where new thought about the redistribution of power and authority begins to germinate” (1998: 214). 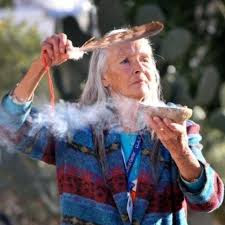 Traditional tribal communities and people of other faith traditions have their own nodal points. What is important at this time in our history is that together we find ways that honor our diversity, build on our commonalities, and construct new ways to distribute wealth, power, and authority. Simply put, indigenous peoples and all people, regardless of race and creed, are not the objects of Christian mission, but partners in a common task of creating a sustainable and just future.
David Phillips Hansen
References
Cook-Lynn, Elizabeth, 2007. “Anti-Indianism and Genocide: The Disavowed Crime Lurking at the Heart of America,” Anti-Indianism in Modern America. Urbana: University of Illinois Press.
Diamond, Dan, Rachana Pradhan contributing. May 4, 2018. “Trump challenges Native Americans’ historical standing,” Politico. https://www.politico.com/story/2018/04/22/trump-native-americans-historical-standing-492794. Accessed June 5, 2018.
Newcomb, Steven T., 2008. Pagans in the Promised Land: Decoding the Doctrine of Christian Discovery. Golden, CO: Fulcrum Publishing.
Rieger, Joerg, 1998. Remember the Poor: The Challenge to Theology in the Twenty-First Century. Harrisburg, PA: Trinity Press International.
United Nations Declaration on the Rights of Indigenous Peoples. http://www.un.org/esa/socdev/unpfii/documents/DRIPS_en.pdf.
Williams, Robert A., Jr., 2012. Savage Anxieties: The Invention of Western Civilization. New York: Palgrave Macmillan.