Theology, the American Dream, and Human Rights in the Age of Trump 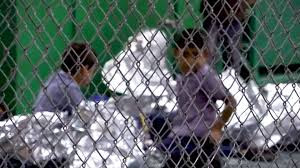 President Trump’s “Zero Tolerance” immigration policy is as heartless as it is cowardly. It is also chillingly cruel. When this policy is paired with the president’s decision, announced on June 19, 2018, to withdraw from the UN Human Rights Council, we may reasonably conclude that the American creed promising “liberty and justice for all” is more than tarnished. The torch held aloft by the Statue of Liberty is being extinguished before our eyes. 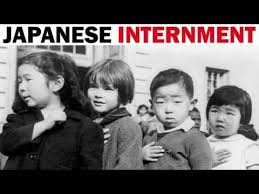 Some commentators compare the detention centers and “tent cities” housing immigrants and refugees to the Japanese internment camps of World War II. In 1998, President Reagan signed the Civil Liberties Act, which offered an official apology to the people of Japanese descent who had been incarcerated in the camps, and paid each survivor $20,000 in compensation. It is possible that somewhere in the future another president will make a similar apology to persons incarcerated by President Trump, but there is another precedent that I think is more likely.
In the late eighteen hundreds the US established and funded Indian boarding schools to solve what was then thought of as the “Indian Problem.” In the beginning these schools were located on Indian reservations and run by Christian missionaries. It was not long before off-site residential schools were established and private enterprise began competing with religious denominations for federal dollars. 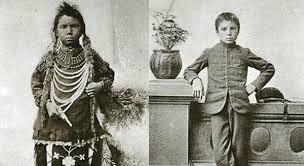 The motto for the boarding school movement was “Kill the Indian, save the man.” In addition to receiving a classic Western education, students were beaten, handcuffed, locked in closets, and suffered multiple cruelties. Unsanitary conditions contributed to numerous student deaths. All of this was done in the name of love, and for the purpose of civilizing and Christianizing Indian children. Thanks to organizations like the Native American National Boarding School Healing Coalition stories about school conditions and atrocities are being documented today. We should anticipate that today’s immigrants will form similar healing coalitions in the future.

Indian boarding schools were established ostensibly for the purposes of breaking down indigenous tribal communities, undermining tribal authority, dismembering Indian families, and assimilating Indian children into a white Christian culture. One of the unintended consequences was that the schools gave rise to a pan-tribal movement, because children from many different tribes from different regions of the country were thrown together in one place. The schools also strengthened Native resolve to achieve sovereignty.
President Trump’s Zero Tolerance policy is ostensibly for the purposes of solving the “immigration problem“ and “protecting our borders.” The government assumes that people crossing the US-Mexican border are criminals, and they are treated accordingly. Civil Rights advocates are organizing in response to the government’s actions. Collectively the experiences of the people who are being incarcerated, the enduring trauma of families torn apart by the Zero Tolerance policy, families the government now refuses to help reunite, and the work of Civil Rights advocates may begin a new and more hopeful chapter in US history. As the government is trampling on individual rights and freedoms, counter measures are being taken. 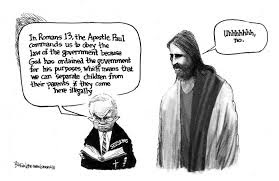 The role of the Protestant church in the midst of this struggle is of particular interest to me.        There are Christians whom I believe are confusing the ways of Christ with the ways of our dominant culture. These members of the faith community continue to support President Trump, and to disregard or dismiss the myriad scandals that cling to him and mounting lawsuits pending against him. But, at the same time, a broad healing coalition that strongly opposes the administration’s policies and practices is coming into being.
Broad coalitions of this sort are welded together over time by the torch of experience. Some members of this coalition remember the 1960s as a time when hope for change was ripe. Other members of this coalition have more recent experiences such as the Occupy Movement, the protest at Standing Rock, participation in the Me Too movement, or the Black Lives Matter and the GLBTQI campaigns. Participation in these movements is not mutually exclusive. People who are active in one movement often have ties to other movements. The common thread that weaves these diverse and otherwise apparently disparate causes together is other-regard. 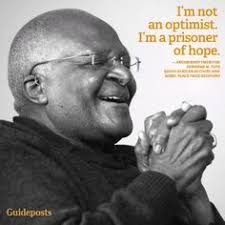 In this hour of darkness, I remain “a prisoner of hope,” to use a biblical expression, for I see us coming to a level of theological maturity that is not driven by ideological theology or un-proveable metaphysical doctrines, but simply by respect others, respect for the earth, and respect for ourselves. I submit that the UN Declaration on the Rights of Indigenous Peoples is the charter document for a future in which such respect is honored.