It was a required course for my specialization in Seminary. My clinical pastoral education component was at Brooklyn Methodist Hospital, in one of the New York City boroughs. It was a long subway ride from where we lived on Riverside Drive. The ride gave me plenty of time to worry about what I might encounter when I arrived and plenty of time to consider the events of the day on the way back home. 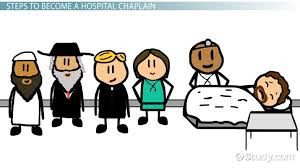 For the first few days at the hospital I simply followed the Chaplain on his rounds. There were always people coming and going. Greeting new people and saying good bye to others was common. Sometimes on a slow day, I sat in the office and read or we talked about different situations a person might encounter and what resources were available to help in those situations.

Not many days into the experience, the Chaplain had a meeting in Manhattan. He had to leave early and asked me to cover for him. With some trepidation I agreed. No sooner had he stepped out the door than a woman appeared in the office. She asked if I could go up and have prayer with her mother. It was at her mother's request.

Once more I agreed. As I went to the elevator and rode up to her floor, I was mentally working on the outline of a prayer. I didn't know this woman. I'd never met her. I knew nothing of her situation or condition. Should I have checked that out ahead of time? Obviously, the Chaplain and I hadn't spent enough time on this kind of event.  How did I offer a generic prayer? Or should I spend some time visiting with her first in order to make the prayer relevant?

As I entered her room, I was still confused and not certain what to do. It didn't matter. After I had introduced myself  she thanked me for coming. Then she started to pray. She prayed for at least five minutes. It was probably the longest prayer I have ever experienced. It was a prayer of thanksgiving, a prayer of gratitude. She held up all those people and experiences in her life for which she was grateful. It was a long list. 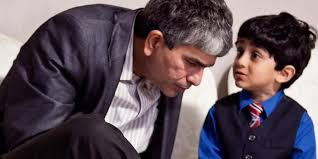 When she was finished, she thanked me again for coming. I knew my role had been fulfilled and I was dismissed. My role was listening! She taught me how listening can be prayer. More than anything, she made me appreciate the richness of a life lived fully with gratitude. As I left, she looked almost radiant, a picture of health. The next day when I checked, she was dead.

I'm thinking about gratitude. There was an article in one of my journals recently about this subject. It reported that psychologists and medical professionals often recommend keeping a gratitude journal to heart patients. Recording things you are thankful for each and every day has proven to help reduce the burden of those stressful things encountered and improves one's mood. There's even a term for it now, "gratitude intervention."

I've had enough experience with dying to know that my first encounter at Brooklyn Methodist happens repeatedly. Not a five minute prayer of thanksgiving! But a life lived fully and gratefully slips into that other dimension we call death, quietly and easily.

Especially in a time of division and violence, I want to cultivate gratitude. Journal-ling about gratefulness is on my mind and my agenda. Years ago, a good friend suggested I paint a smiling face on the ceiling above the bed. That way when I woke up in the morning, I would be reminded to smile at the new day. It would move the muscles in my face into the proper form for the rest of my day. What a combination that could be, smiles and a gratitude journal.

The journal article I mentioned quotes Maya Angelou. She offers some real wisdom for a well lived life. "If you must look back, do so forgiving-ly. If you must look forward, do so prayerfully. However, the wisest thing you can do is be present in the present … gratefully."

Carl Kline
Posted by Carl Kline at 7:41 AM