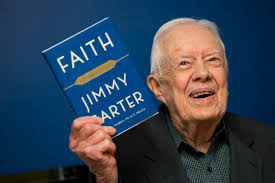 Former President Carter is interviewed in a recent article on the publication of a new book. The book, Faith: A Journey for All, is number forty seven that has come from his pen. In the interview he shares the kind of optimism that has probably helped his longevity. The man is ninety three years old and still going strong.

When asked about the current divisiveness in our society, he reminds us of our history and the struggles of the past we have survived as a people. Then he states, "the resilience of our country and the principles of our Constitution have always prevailed." That kind of optimism is sorely needed when all around are those who are despairing and depressed, lamenting the possibility of a promising national future.

His optimism is not grounded in naivete. Carter understands the nature of our challenges as a country. He places race front and center. He recognizes the new dimensions of our challenges that include a soaring prison industry, extension of racial discrimination against immigrants, and the growing inequality of economic opportunity and resources.

The optimism, moral stature and faith of Carter, is a balm in a time when those qualities seem in short supply. He represents the best of what we know as evangelical Christianity. For him, an evangelical is "someone who has faith and tries to put that faith into practice and tries to convince other people to share that faith by setting an example." His example of service to others is more than evident in his work with Habitat for Humanity, the Carter Center and his institutional relationships with church and academy. He still teaches classes at Emory University and adult Sunday School at Maranatha Baptist Church. 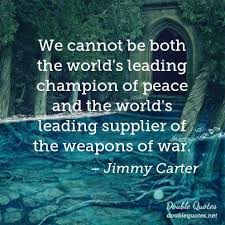 The part of the interview that was of most significance to me was the comments he made about the U.S. as a superpower. It's clear to him we want to be a superpower. But Carter contends there are other ways to exercise power than through military might. "The United States of America ought to be seen by the rest of the world as a champion of peace, not war, a champion of human rights, a champion of equality, and a champion of generosity to help people in need." Those are the values implicit in Carter's faith, and at our best, implicit in the values of our country.

One of the enduring memories of the Carter Presidency for me was his emphasis on human rights. In one of my cynical moments at the time, I bemoaned what I saw as window dressing on human rights in the presence of a friend from Latin America. He was quick to correct me. What I couldn't see from my vantage point he was able to clearly witness. The emphasis Carter placed on human rights was making a daily difference in his country and the activities of governments in the whole region. 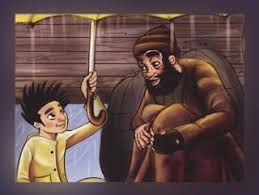 Page two and three read, "America will be great when every person has a safe place to sleep at night and enough food to eat each day. America will be great when every person can go to the doctor and get the medicine and care they need when they get  sick." You see where this is going? The book raises some fundamental national values. What does it mean in our time to "establish justice, insure domestic tranquility and promote the general welfare?" How is it that greatness in this country has become synonymous with global military extravagance, nativism and economic dominance? How is it that while we blow up homes in foreign lands the number of homeless in this country grows in leaps and bounds? How can we have so many hungry children in the richest country on earth? 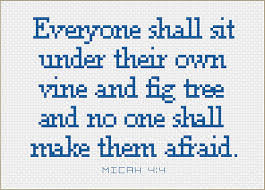 Former President Carter believes Christianity is wrongly understood when it is seen as a box, like a telephone booth, that is so confining. One is surrounded by rules and regulations to the point where you can hardly move. In contrast, he sees faith as liberating. Faith opens one up to the world and to other people. Faith helps one approach life thankful for the day's blessings instead of always looking for more. Faith gives you the confidence and passion to move out and care about others. Faith gives you the vision to structure sound social systems. Faith is, as Scripture says, "the assurance of things hoped for, the conviction of things not seen."

We could all use a bit more of the faith of a Jimmy Carter. As he says, it's a journey for all.