I think every day we go through some type of confrontation with someone or some group of people but it takes strength and courage for a person to walk away and not fight back. I think going through school since kindergarten and being bullied has taught me the best thing you can do in almost any situation is walk away and not fight back, rather than feed them with more reasons to fight or get violent. I was constantly picked on for having glasses.

As far as I know that was not in my control. They were very rude with their comments about it but I never tried to fight back and I just kept going on with life. I have been through a lot with the bullying violence, both verbal and physical, but it is something that has taught me to resist being violent and that I should be kind and caring to everyone, trying to help them in any way I could. All throughout school I was a nerd. I was kicked, I got my hair pulled, I would get rude comments about how I dressed, and how I acted. I was always told my personality was not okay or normal and that I was weird. A few times I shouldn’t be alive. But I never listened to them and I kept to myself and never changed and I see nothing wrong with me for who I am! 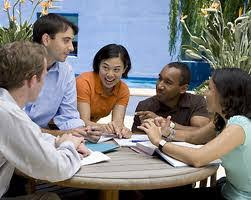 Working where I have worked in the past there have been huge fights and stuff brought into the work place and they try and drag every coworker into the fight but I learned the best thing to do was walk away and tell them work isn’t where this should take place. Second, we shouldn’t be fighting anyway. There isn’t any reason to be fighting. We work together and need to get along.

My very first day at a new job I had a coworker talk to me like I was a bug on the ground. She didn’t greet me, she didn’t help me. She was rude and nasty to me all during the shift and the best thing I did was not get involved with her drama. I walked away every time and the next shift I had with her she was nice and considerate with me. Another way I think people should deal with violence in everyday life is to stick up for what you believe in and take the rest as a grain of salt. If they know you will not join in they may not even try to get you to fight with them, or at them for that matter.

With everything I have gone through in life I have learned you cannot control others actions but you can try and show them how they should be acting. 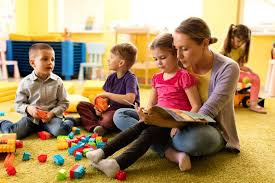 I have always told myself I will be a role model for my younger family members and always have a backbone for them because I do not want them having to deal with what I dealt with. Life can be tough enough already and then throw in violence and hurtful actions from other people and it makes it even tougher. So I will do everything in my own actions to model for my younger family members so they don't have to deal with any of that!