The latest issue of The Christian Century had an article about how the Trump Administration is making some of the work of the Christian Church easier. Not that anybody asked. In fact, in this instance, Trump policies are decimating a significant ministry and taking jobs, not creating them.

Since the church does most of the work of refugee resettlement, the agencies responsible can't do much if there aren't any refugees to resettle. Six of the nine organizations that help settle refugees are religiously affiliated. They include the U.S. Conference of Catholic Bishops, Church World Service, Episcopal Migration Ministries and Lutheran Immigration and Refugee Service. The latter, through Lutheran Social Services in Sioux Falls, is the primary agency for resettlement in South Dakota.

All of these organizations are cutting back staff, offices and/or services. World Relief, another of the six, is laying off more than 140 employees. The Hebrew Immigrant Aid Society is closing two offices in Los Angeles and Chicago. Catholic Charities, the outreach arm of USCCB, expects to close one fifth of their 75 sites across the country. The San Antonio office of Catholic Charities laid off thirty percent of their staff. 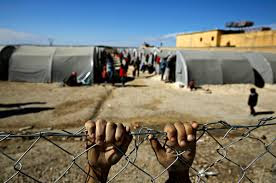 One of the most disturbing facts in the Christian Century article is that in 2017 there were 20,000 cases where refugees had signed statements for resettlement from the State Department and did not arrive in this country. It's heartbreaking to think there are so many languishing in camps around the globe with successful vetting and a broken promise. We know what conditions in those camps are like. We've seen the pictures. It's difficult to give an average length of time for remaining in a refugee camp but it's figured in years, not months, and can vary from two or three to more than thirty.

2018 will not be much better for refugee resettlement as the Trump Administration has slashed the number of refugees to be admitted to less than half. Only a few more than 6,000 had come into the country in the first three months. It's unlikely we will admit the 45,000 allowed by the end of the year at that rate. 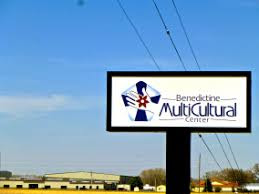 On the other hand, this past Monday I took my Mount Marty class on a field visit to the Multicultural Center in Watertown. The Benedictine Sisters have developed a ministry there to "welcome the stranger" to their community. I wasn't aware that they are now in their tenth year of operation, have satellite ministries in other locations and have provided services to hundreds of people from 20 different countries. 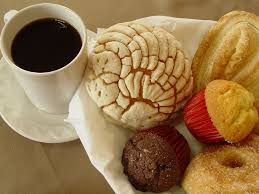 They offer courses in both English and Spanish. One is called Speedy Spanish and Coffee. It's for those who might want to "taste the language" of this large minority group in the United States. Participants learn how to greet another in their own language or surprise them with a Spanish farewell. Let the grousers who are always saying, "let them learn English" expand their horizons and learn a little Spanish. They serve coffee and Latino cookies or pan dulce. See how easy it is?

The Multicultural Center sponsors cultural enrichment celebrations. They have an office on human trafficking and provide education and organizing events to stop it. They help prepare immigrants for citizenship and offer a summer youth program. One of my students will begin volunteering there in their English as a second language program. All of this takes place because they believe in the idea so prominent in Scripture of "welcoming the stranger."

At the same time the Trump Administration demonizes and limits refugees, church people are stepping up in greater numbers to support refugee programs with donations and volunteers. The volunteer base of Church World Service has quadrupled. Donations to World Relief have nearly doubled in the last two years. Several agencies have rented apartments for resettlement that now stand empty waiting for occupants. Generous donations of furniture and clothing remain in storage. 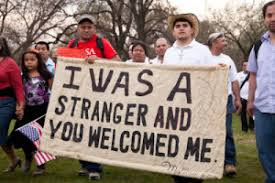 Let us be clear! Our diversity as a country is our strength! We are not a melting pot but a rich stew! If we can find a way to live together as a diverse people without betraying our claim to "give me your tired and your poor," and our ministry to "welcome the stranger," the human community has a future. There is no other country on earth with the same opportunity to overcome the barriers of race, clan and creed. May we reach a time when we understand we are brothers and sisters in God's realm and no longer separated by walls of indifference.