The Trek to Freedom that Is the March for Our Lives 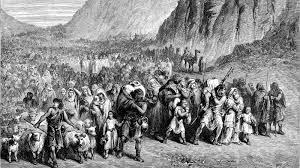 The symmetry is staggering. The Exodus begins tomorrow. And so it did and so does. It was the Sabbath that is called in the Jewish calendar Shabbat Ha’Gadol/the Great Sabbath, the Sabbath before Passover. It is the portal, the starting point of the Exodus. It is the day on which we gather all of the sparks of intention, committing ourselves to the journey. Thoughts and prayers on this day are meant to be stimulus to action, to leaving Egypt. The Exodus is not a cognitive exercise, our lives hang in the balance, and whether we come out of Egypt depends on each one of us. The slavery has never ended because, as the prophet Martin Luther King taught, if all are not free, then none are free. The ultimate liberation, the complete redemption still awaits, waiting for us to act, waiting for us to bring it. Rabbi Eliyahu Guttmacher, a remarkable 19th century rabbi on whom I wrote a thesis many years ago, many Egypts ago, taught that we are not waiting for the Messiah, the Messiah is waiting for us.

In the very first Chassidic teaching that I ever learned, from my teacher, friend, and mentor, Rabbi Everett Gendler, the Gerer Rebbe, the S’fas Emes, teaches, in every generation there is an exodus from Egypt according to the issue of the generation and all of this was (contained) in the moment of the exodus from Egypt. The challenge is illumined in the light that the S’fas Emes shines on the powerful obligation in the Haggadah, that in every generation a person is obligated to see himself or herself as having personally come out of Egypt. Through the lens of the rebbe’s teaching, the obligation put forward in the Haggadah is clear, as free people we are not free to step back from helping to bring liberation in the face of the the issue of the generation.

The are so many issues today, so many inyanei ha’dor/issues of the generation, so much that threatens, that holds us all enslaved, that holds back the ultimate redemption. We do our best, remembering that none among us can do it all, that none of us can do it alone. I often think of the old song that gave inspiration in those ancient days of “the sixties,” if you can’t go on any longer take the hand held by another…. 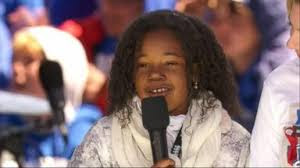 And now that hand is extended by young people, the young people leading the “March for Our Lives,” standing up to the idolatry of the gun and of the Second Amendment. Whether on the long march in Washington, or in Boston, or anywhere else across the land, every step that echoed told of the essence of that Shabbat, Shabbat Ha’Gadol. That essence is about the “little child who shall lead,” as the prophet Isaiah teaches, of the children, not so little, leading the way to that time whose coming depends on us, when the wolf shall dwell with the lamb, and the leopard shall lie down with the kid; and the calf and the young lion and the fatling together; and a little child shall lead them…(Is. 11:6-9).

Telling us of the way, of the first steps in the March for Our Lives, we chanted through tears of yearning that Sabbath from the prophet Malachai, Lo, I will send you Elijah the Prophet before the great and awesome day of God, that he may turn the heart of the parents back to the children, and the heart of the children back to their parents…(Mal. 3:23-24). 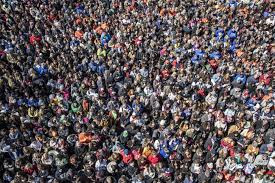 The symmetry is staggering, of children leading the trek to freedom. In their own words, organizers of the March for Our Lives bring immediacy to the challenge of the Haggadah, reminding us that the time is now: March for our Lives: Boston is created by, inspired by, and led by students across Boston who will no longer risk their lives waiting for someone else to take action to stop the epidemic of mass school shootings and the gun violence that has become all too familiar. In the tragic wake of the seventeen lives brutally cut short in Florida, politicians are telling us that now is not the time to talk about guns. March for Our Lives believes the time is now.

Believing that the time is now, as in truth it always has been, the Massachusetts Board of Rabbis issued this week a revised version of its statement on gun violence, originally released five years ago. Its introduction draws on the power of Shabbat Ha’Gadol:

Issued in February 2013, the Statement on Gun Violence of the Massachusetts Board of Rabbis is painfully incomplete. The list of place names where mass shootings have occurred continues to grow, and so too the list of lives taken daily by urban gun violence. It is equally painful that recommendations made then remain unfulfilled, continuing to be our call today.

There is also reason for new hope today in the leadership of young people, whose courage and commitment the Mass Board of Rabbis honors. Affirming our own continuing commitment, we reach across the generations to help end the plague of gun violence in America. With the hearts of parents turning to the children, and of the children to their parents, with words very familiar to us, we will walk together and say “Never Again.” 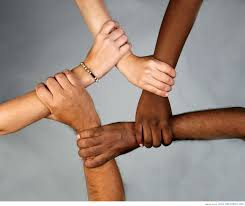 It is hard to keep going, even as we take the hand held by another. On the name of that week’s Torah reading, the portion Tzav (Lev. 6:1-8:36), as it precedes the call of Malachi, the great commentator called Rashi speaks of the word tzav/command and says it is lashon zeruz/the language of encouragement. That is the way of our words to each other now, of our reaching out across the generations, encouraging us all to take the next step, to know that the time to end gun violence is now. Whether physically present together or joined in spirit across the land, wherever we find our place in this great gathering of humanity, may our hearts turn to each other as we begin the trek to freedom that is the March for Our Lives.